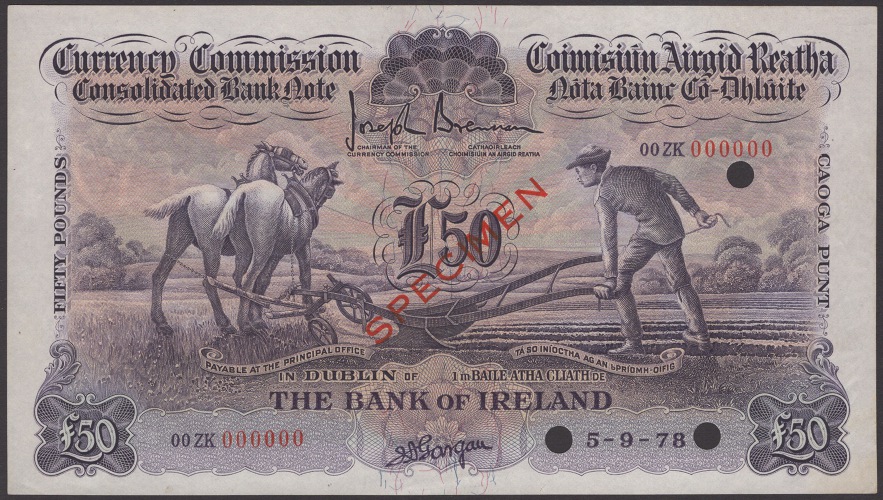 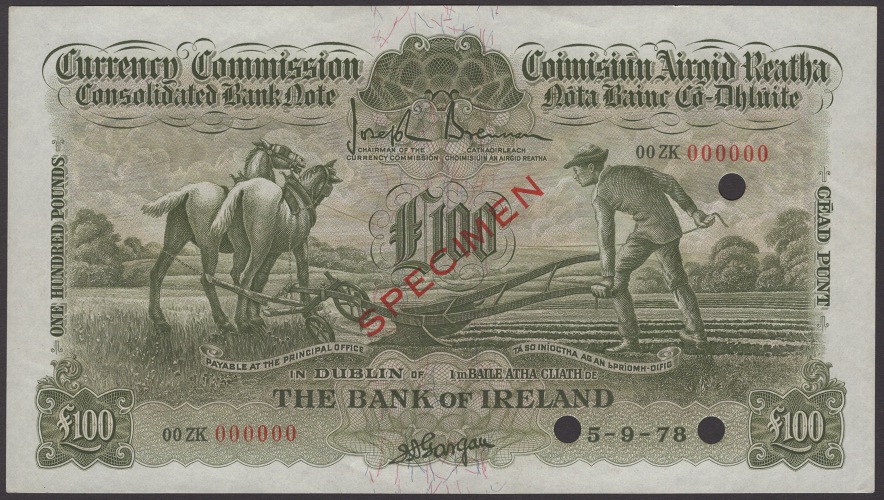 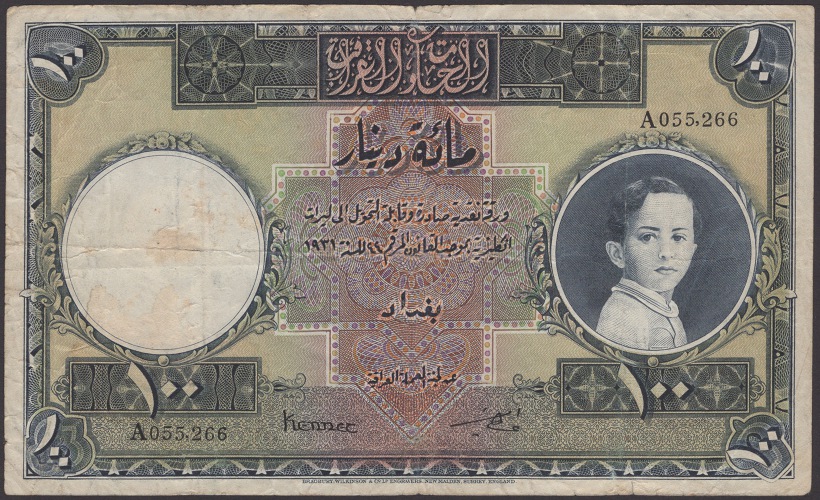 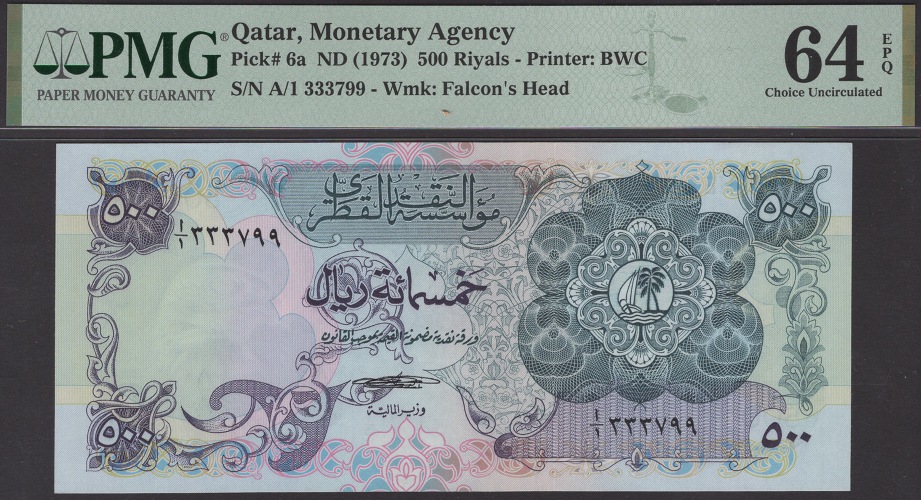 Three important Irish Banknotes far exceeded expectations when they were sold by Dix Noonan Webb in their auction of British, Irish and World Banknotes on Thursday, February 24, 2022 at their Mayfair saleroom (16 Bolton Street, London W1J 8BQ).

The three notes were part of the John Geraghty Collection and were all bought by an overseas collector with an interest in rare notes from all countries. The superb collection had been put together by the late John Geraghty and his son Sean, and comprised 54 lots which fetched £183,656.

Following the sale, Andrew Pattison, Head of Banknote Department at Dix Noonan Webb, noted: “These are amongst the rarest and most beautiful of the 20th century Irish series, so it is easy to see why they exceeded their estimates by such a degree.”

Also in the sale was Part two of the Gus Mac Amhlaigh Collection of Irish Paper Money which included 112 lots and sold for £51,367.

As Mr. Pattison commented: “These two notes were part of the Gemini Collection - a fabulous group of notes put together several decades ago. Iraqi notes of all kinds are currently selling for records sums of money and this is among the rarest. However the note from Qatar was originally acquired from circulation in the 1970s! The price achieved shows a truly monumental increase in value.”