OUTSTANDING ‘AFGHANISTAN 2013’ C.G.C. (CONSPICUOUS GALLANTRY CROSS) GROUP SELLS FOR A HAMMER PRICE OF £130,000 AT DIX NOONAN WEBB - Corporal Josh Griffiths confronted a party of insurgents who entered the base which resulted in him having a broken back and shrapnel fragments to his face – 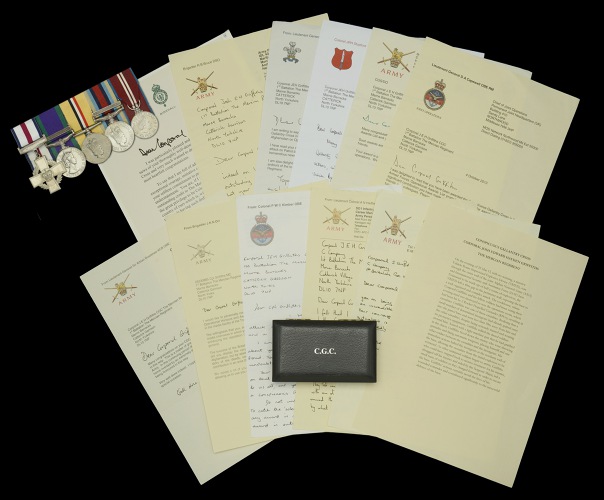 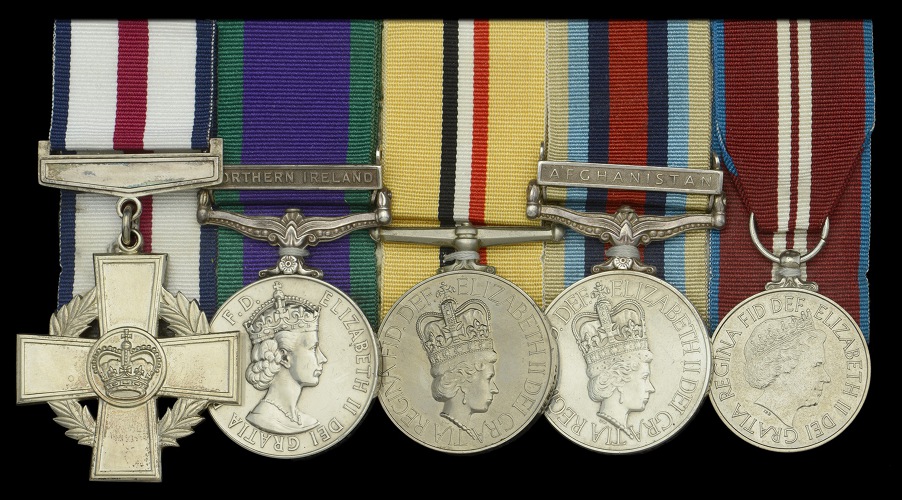 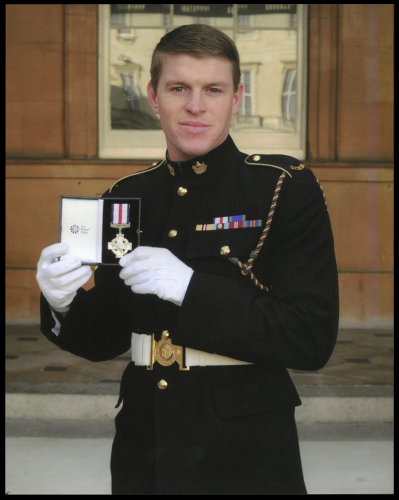 The outstanding ‘Afghanistan 2013’ C.G.C. group of five awarded to Corporal Josh Griffiths, 1st Battalion, Mercian Regiment, late Cheshire Regiment, was sold for a hammer price of £130,000 by Dix Noonan Webb, today (Wednesday, February 23, 2022) in their auction of Orders, Decorations, Medals and Militaria. Corporal Griffiths who, having suffered a broken back and shrapnel fragments to his face in a bomb attack at Camp Folad, Helmand, Afghanistan in 2013, attended to other wounded men first despite his own debilitating injuries before confronting a party of insurgents which had entered the base throwing grenades and firing automatic weapons.


Dressed in light fatigues without protective equipment, Griffiths found a light machine-gun and engaged the enemy in a prolonged close range fire fight, thus allowing the wounded to be evacuated before leading an assault on the insurgents and clearing them from the base, only afterwards accepting medical treatment for his wounds, the seriousness of which necessitated his evacuation to the U.K.

Josh Griffiths from Eastham, Wirral, Merseyside joined the British Army in September 2006 at the age of 17. Having served previously in Afghanistan as well as Iraq and Northern Ireland, Griffiths was deployed with C Company (Cheshire), 1st Battalion, Mercian Regiment to Afghanistan as part of Herrick 17 on October 6, 2012. He recently left the Army at the age of 32.

Following the sale, Christopher Mellor-Hill, Head of Client Liaison (Associate Director), Dix Noonan Webb said: “We are pleased to once again to find a good home for another CGC.

The medals in todays auction were awarded to Josh Griffiths, one of Britain’s most gallant soldiers for recent operations in Afghanistan. The proceeds will enable him to provide a new home for his young family as he embarks on a life outside the army. His CGC was acquired by a collector of modern gallantry medals and who is also a good supporter of our brave young soldiers.”

Mr Griffiths attended the sale and afterwards commented: “Yes, attending was an amazing experience and everyone who has helped guide me through the sale has been fantastic, especially Christopher who dealt with the sale for me. It was made extra special as the team allowed my partner to come into the auction with me with my baby girl. I was rather nervous at first but also emotional as I went through a lot to get that medal, but at the same time I am very grateful to the buyer as I can start a new chapter in my life and give my daughter and family a head start for our future together.”

On March 25, 2013 at ISAF Patrol Camp Folad, Nad-e Ali, Helmand, Afghanistan, Corporal Griffiths was 23 days from the end of his tour and preparing to eat his evening meal when a pick-up truck packed with half a tonne of explosives was driven by a suicide bomber through the wall of the base. The resulting explosion tore a 40m gap in the perimeter wall; it was the start of an attack that was to last for several hours. He recalled: “I was thrown around as well as everyone else and the next thing I remember it was dark and I was on my back. I heard one of the lads scream out.”

The cookhouse was utterly destroyed by the blast, as was the operations room. Griffiths’ back had been broken by the blast and grenade fragments were embedded in his face, just millimetres from his left eye. He was one of fifteen casualties (of whom one later died): ‘My first instinct was to see who was hurt and help. One of the lads was shouting that another was badly injured. We had to crawl through the debris in the dark to get him out... I heard one of the lads scream out, so I approached him and helped and then I climbed out of the tent to see if there were more casualties. When I did that, there were rounds snapping past and I thought, “That's a bit close.”

Still disorientated, dressed in a combat shirt and fatigues without protective equipment, he grabbed a light machine gun and leaving the collapsed cookhouse, he was immediately confronted with a group of insurgents inside the walls of the base launching grenades and assaulting his position with automatic weapons less than 50m from him and the other casualties.

The medals were sold with a variety of letters and photographs including a letter of congratulation from H.R.H. Prince Charles and a photograph of the recipient receiving his C.G.C. from Prince Charles at the investiture held at Buckingham Palace on February 7, 2014.