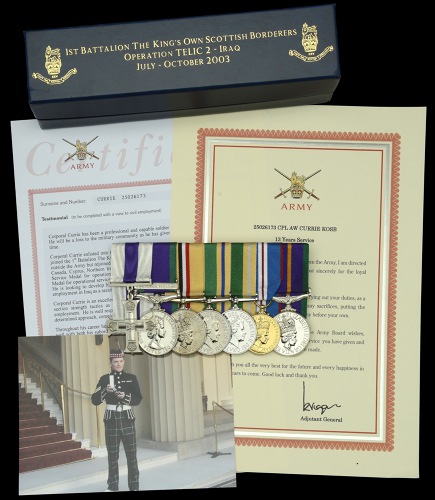 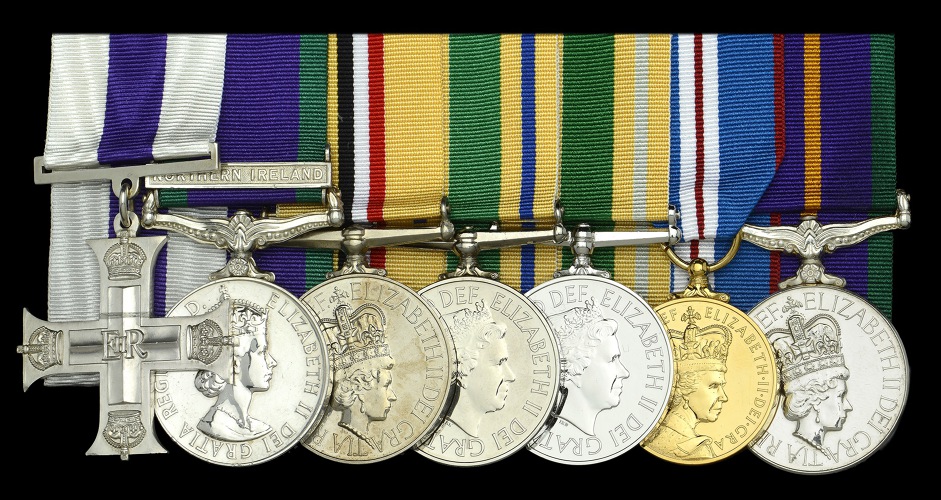 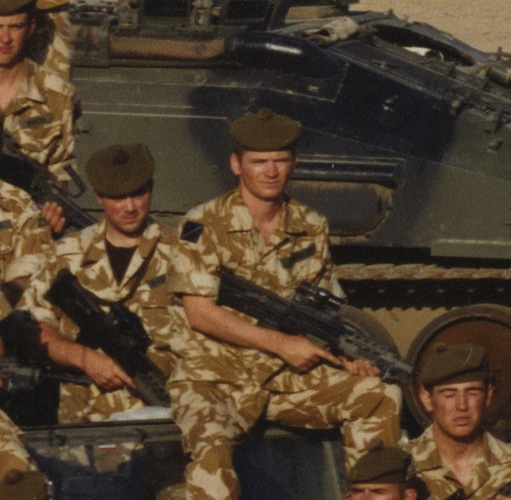 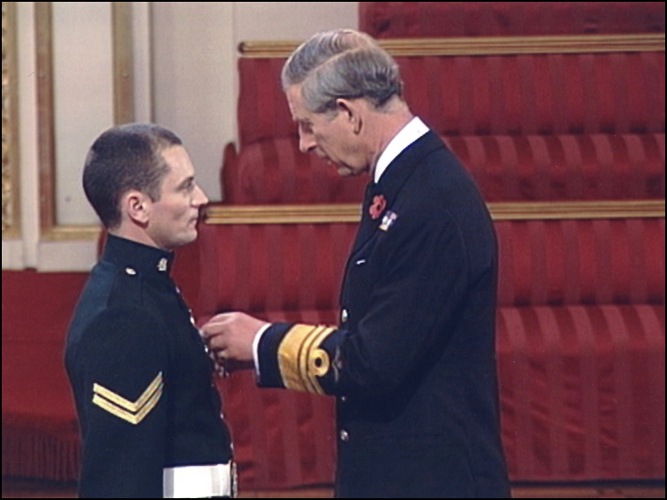 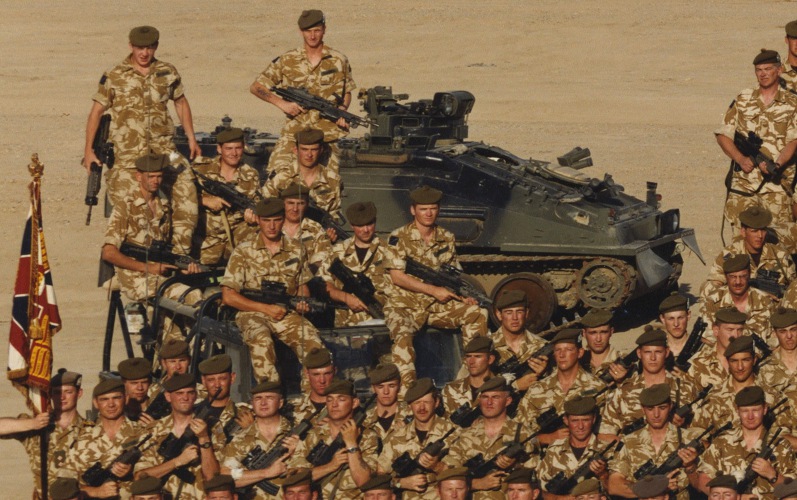 The superb ‘Iraq 2003’ M.C. group of seven awarded to Corporal A. W. Currie, 1st Battalion, King’s Own Scottish Borderers who, coming under heavy machine gun fire near Al Uzayr security base on the night of 8 August 2003, led his team forward in a prolonged fire fight with over 20 enemy gunmen operating from 5 different positions will be offered by Dix Noonan Webb in their auction of Orders, Decorations, Medals and Militaria on Wednesday, September 15, 2021. The only Military Cross to the King’s Own Scottish Borderers for Iraq, they are expected to fetch £15,000-20,000.


During the assault, another Iraqi gunman appeared suddenly between the British soldiers and the Iraqi positions, threatening the momentum of the British attack. Corporal Currie shot the Iraqi dead and then cleared two buildings, wounding two other Iraqis. His men subsequently recovered one Rocket Propelled Grenade (RPG) 7 launcher, two RPG grenades and three rifles as well as 1,000 rounds of ammunition.

The following morning, again required to confront heavy machine gun and small arms fire from an enemy in a number of well prepared positions, Currie took a leading role as his Multiple cleared the insurgents through a combination of suppressing fire and direct assault. Currie’s involvement in this action - which led to the award of the C.G.C. to Corporal S. G. Jardine - is well documented in Jardine’s personal account which appears in the book In Foreign Fields by Dan Collins.

As, Christopher Mellor-Hill, Head of Client Liaison (Associate Director), Dix Noonan Webb commented: “Following the sale of Corporal Jardine’s C.G.C in July, we are extremely pleased to be offering Corporal Tony Currie’s Military Cross as the other part of that story that does credit to all the soldiers of the Kings Own Scottish Borderers at that time.”

He goes on to say: “Tony Currie, who lives just outside Glasgow, had decided to sell prior to Cpl Jardine with the same intention to establish a home for himself but had delayed its sale until now.”

Anthony William Currie was born on 12 October 1973. He enlisted into the Regular Army in January 1994 and after completing basic training he joined the 1st Battalion, King’s Own Scottish Borderers in April 1994. During his 13 years of service he was employed in Iraq, Canada, Cyprus, Northern Ireland and Mainland United Kingdom. He was awarded the General Service Medal for operational service in Northern Ireland and the Iraq 2003-11 Medal for operational service in Iraq as well as the Military Cross for actions on Operation TELIC 2. Currie’s medal group also contains the rare combination of both the Iraq Reconstruction Service Medal 2003 and the Civilian Service Medal (Afghanistan) 2001. He retired from the Army in 2006.


NOTES TO EDITORS:
Dix Noonan Webb – a brief history
In 1991, its first year of trading, the company held three medal auctions and sold 1,200 lots for a total hammer price of £553,000, however 30 years later, DNW is established as the premier medal auctioneer worldwide. Two years later, in 1993, it opened a coin department which also auctions commemorative medals and tokens. In 2015 DNW added jewellery to its sales calendar as well as setting up a stand alone banknotes department and expanding into premises next door. In 2020 DNW achieved a total hammer price of £14,256,060 and the total number of lots sold across all departments was 24,400. To date the company has sold in excess of 350,000 lots totalling over £200 million.
For further press information and images please contact:
Rachel Aked - Tel: 07790732448/ Email: Rachel@rachelaked.co.uk