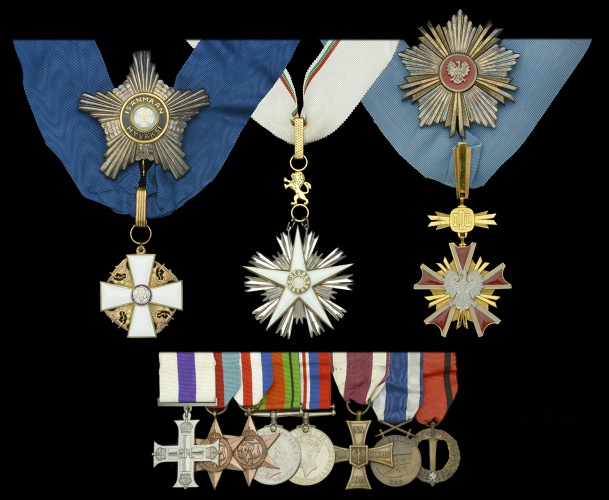 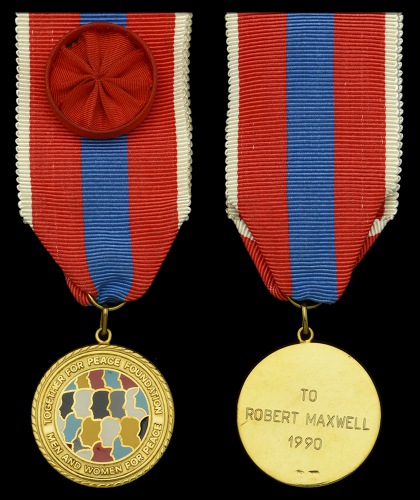 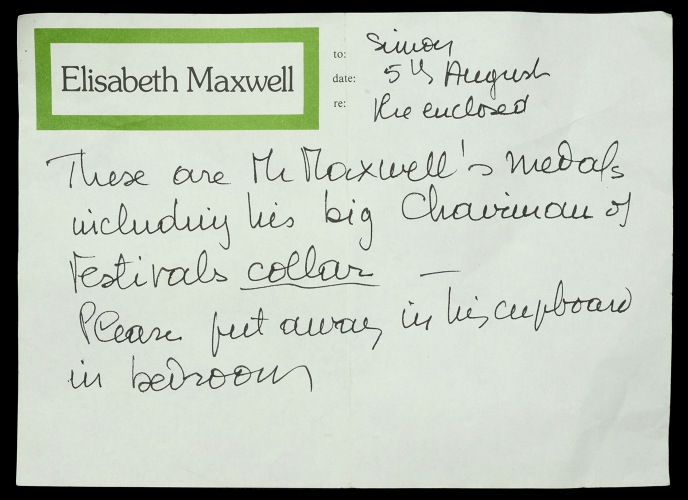 The Second World War 1945 North West Europe ‘Paarlo’ Military Cross group of medals and orders awarded to Captain Robert Maxwell will be offered by Dix Noonan Webb in their auction of Orders, Decorations, Medals and Militaria on Wednesday, September 15, 2021. Maxwell, was in the Queen’s Royal Regiment, and fought across Europe from the Normandy Landings to the capture of Berlin before rising to prominence as a flamboyant and controversial media magnate, Member of Parliament, fraudster and suspected spy. Maxwell’s mysterious drowning off the Canary Islands in 1991, ruled accidental by a subsequent inquest, left behind financial scandal and a fallen business empire and continues to excite speculation and conspiracy theories. The medals carry an estimate of £6,000-8,000.

As, Christopher Mellor-Hill, Head of Client Liaison (Associate Director), Dix Noonan Webb commented: “We have been entrusted with the sale of Robert Maxwell’s Military Cross for bravery in WW2 and his other awards. He was one of the most complex and colourful characters who, became one of the most powerful press barons in the 1980s. Given an almost state-like funeral in Israel after his mysterious death at sea off his luxury yacht, he was soon infamous for being found to have looted the Daily Mirror’s pension fund leading to the collapse of his business empire.”

According to the London Gazette of April 12, 1945, he was awarded the Military Cross  ”For gallant and distinguished service in North West Europe.” The following extracts are taken from the original recommendation: “During the attack on Paarlo on January 29, 1945, Lieutenant Maxwell was leading his Platoon when a heavy artillery concentration fell on and near the Platoon killing and wounding several men.


It continues: “The attack was in danger of losing momentum but this Officer, showing powers of leadership of the highest order, controlled his men with great skill and kept up the advance. During the night another Platoon of the Company was counter attacked and partially overrun. An attempt to restore the position with another Platoon failed but Lieutenant Maxwell repeatedly asked to be allowed to lead another attempt; this request was eventually granted.”

Robert Maxwell was born Ján Ludvîk Hyman Binyamin Hoch in 1923 in the small town of Slatinské Doly in Carpathian Ruthenia, Czechoslvakia (later Hungary and now Solotvyno, Ukraine). He was one of seven children born into a poor Yiddish speaking Orthodox Jewish family, many members of which died in Auschwitz after the occupation of Hungary by the Nazis in 1944. Having left home for France in 1939, aged 16, Maxwell joined the Czechosolvak Army in exile in Marseille in May 1940 but after the fall of France and evacuation of the British Army, he transferred in Britain to the Pioneer Corps and subsequently in 1943 to the North Staffordshire Regiment. He served throughout the campaign across Europe from the Normandy Landings to the fall of Berlin, was commissioned into the Queen’s Royal Regiment in January 1945 and the same month won the Military Cross at Paarlo, Netherlands, receiving the award from Field Marshall Montgomery. He achieved the rank of Captain by the end of the war and afterwards for two years was a press censor for the foreign office in Berlin, becoming a British citizen in in 1946 and changing his name to Robert Maxwell in 1948.

NOTES TO EDITORS:
Dix Noonan Webb – a brief history
In 1991, its first year of trading, the company held three medal auctions and sold 1,200 lots for a total hammer price of £553,000, however 30 years later, DNW is established as the premier medal auctioneer worldwide. Two years later, in 1993, it opened a coin department which also auctions commemorative medals and tokens. In 2015 DNW added jewellery to its sales calendar as well as setting up a stand alone banknotes department and expanding into premises next door. In 2020 DNW achieved a total hammer price of £14,256,060 and the total number of lots sold across all departments was 24,400. To date the company has sold in excess of 350,000 lots totalling over £200 million.
For further press information and images please contact:
Rachel Aked - Tel: 07790732448/ Email: Rachel@rachelaked.co.uk
August 2021