‘PINNED DOWN WITH NO REINFORCEMENTS’ OUTSTANDING ‘IRAQ 2003’ C.G.C. GROUP AWARDED TO MEMBER OF KING’S OWN SCOTTISH BORDERERS SELLS FOR £140,000 AT DIX NOONAN WEBB 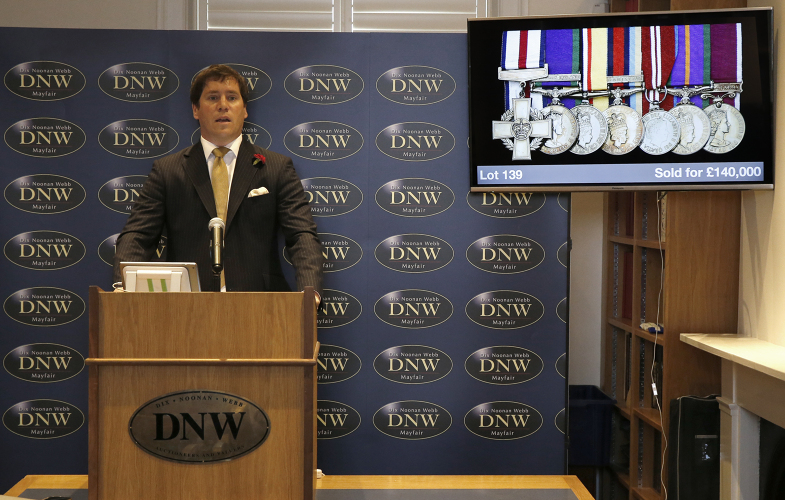 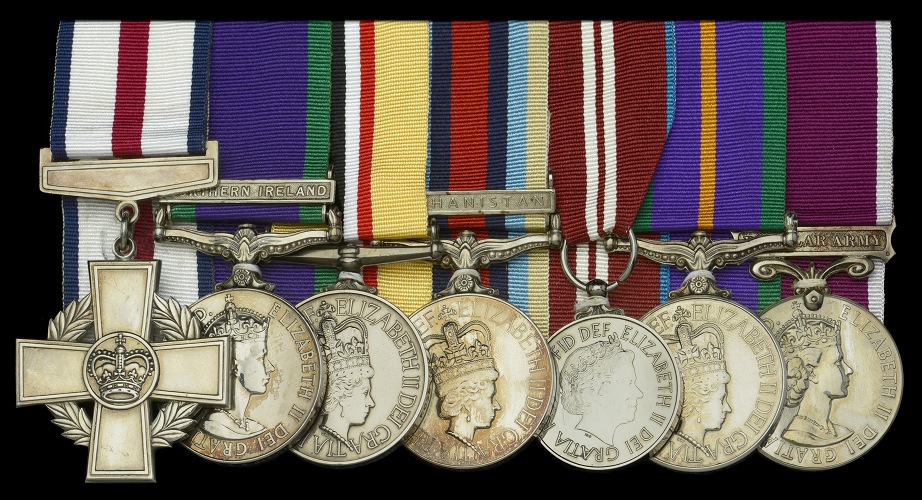 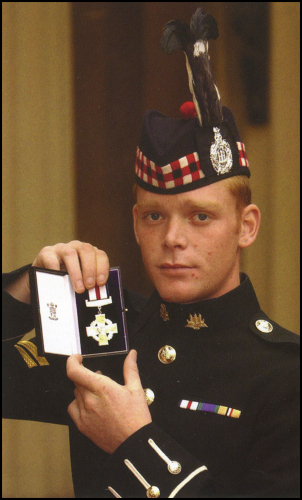 The outstanding ‘Iraq 2003’ C.G.C. (Conspicuous Gallantry Cross) awarded to Corporal, later Warrant Officer Class 2, Shaun Garry Jardine of the King’s Own Scottish Borderers, later Royal Regiment of Scotland sold for a hammer price of £140,000 at Dix Noonan Webb in their auction of Orders, Decorations, Medals and Militaria today (Wednesday, July 21, 2021). It is only C.G.C. to have been awarded to any Scottish Regiment, and was bought over the telephone by private collector of British gallantry awards.

As, Christopher Mellor-Hill, Head of Client Liaison (Associate Director), Dix Noonan Webb commented: “We are delighted to see Shaun Jardine’s medals sell for a well deserved £140,000, being the unique C.G.C to a Scottish Regiment and also being one of the few remaining C.G.C awards available to collectors for the Iraq War.”

Following the sale, Shaun Jardine said: “I am very happy with the result and what Dix Noonan Webb have done for me to get such a good price for my medals. It will really help towards securing a new home for my family.”

In 2003, 21-year-old Jardine, a native of Dumfries in south-west Scotland, was a Quick Reaction Force fire-team leader who, having found himself pinned down with no reinforcements in an increasingly untenable position near Al Uzayr security base, Maysan

Province, took the initiative and, ordering covering fire, assaulted three enemy positions in succession, allowing his men to move forward and prompting the enemy to withdraw.

The story continues: Charging directly in the face of automatic rifle fire from an enemy in well prepared positions whilst also under intense and accurate heavy machine-gun fire from range, he single-handedly assaulted the first position, killing two of the enemy, capturing their weapons and causing a third man to flee.

Jardine, who has recently left the army at the age of 39 is selling the medals as he would like to buy a house for his family. He describes the events: “I started running across the bridge and they had seen me immediately. They were lying down, prone position, and firing at me as I ran; I saw their fingers on the triggers, then the muzzle flashes and then I could hear the rounds zipping past. I remember thinking, Why are they not hitting me?... I got to within 15 or 20 metres of them and just thought, I’m going no further, here. I dropped to one knee, aimed, fired one round, quickly moved onto the second, and fired again... I just aimed at the body and in both cases my rounds went into the chest, under the arm, and came out the back of the neck. Both guys were instantly dead.”

Proceeding to suppress the depth machine gun, Jardine then called his team forward and, with a third enemy position also having now been identified, ordered heavy fire to be laid down on both positions until the enemy disengaged: his courage, leadership and quick thinking in the face of a determined enemy attack undoubtedly preventing casualties among his own team and other supporting units.

Shaun Garry Jardine joined the King’s Own Scottish Borderers at the age of 16 and was deployed to Iraq with the 1st Battalion on TELIC 2 after the initial invasion, in mid-June 2003 at the age of 21.

The following extracts relating to Jardine’s service in Iraq, in particular the action for which he was awarded the C.G.C., are taken from an 8 page interview with Corporal Jardine which appears in the book
In Foreign Fields by Dan Collins: “We arrived in Basra and then drove down to Kuwait to get acclimatised for a couple of weeks. Coming from Scotland, we definitely needed that. It was roasting hot, around 100 degrees in the shade, and a wee bit different to the weather back home...A week after we arrived the six Royal Military Policemen got murdered in Al Majar Al Kabir, so we were fast tracked to move up earlier than planned. There was a lot of activity to try and find the killers, and make sure everyone knew the British Army was in control, and so they needed plenty of boots on the ground.”


Following his time in the 1st King’s Own Scottish Borderers, Jardine served for a time as an Infantry Instructor at the Infantry Training Centre Catterick and he spent the majority of his career serving with the Highlanders, 4th Battalion the Royal Regiment of Scotland. Throughout his service he was deployed on Operations in Northern Ireland, Iraq and Afghanistan and he took part in major overseas exercises in the Falkland Islands, Cyprus, Jordan, Kenya, Canada and Germany. Most recently he was employed as the Senior Permanent Staff Officer Instructor at Glasgow & Strathclyde Universities’ Officer Training Corps. He was awarded the Long Service & Good Conduct Medal in 2016 and left the Army in 2021 in the rank of Warrant Officer Class 2 after completing 23 years of loyal and dedicated service.

The group of seven was sold together with a hardback copy of ‘In Foreign Fields - Heroes of Iraq and Afghanistan in their own words’ by Dan Collins; a print of David Rowland’s painting of the recipient winning his C.G.C. (the original oil on canvas painting, entitled ‘Corporal Shaun Jardine CGC at Al Uzayr, Maysan Province, Iraq, 9th August 2003’ is owned by The Royal Scots Borderers, 1st Battalion, The Royal Regiment of Scotland); and a file containing 15 letters of congratulation.