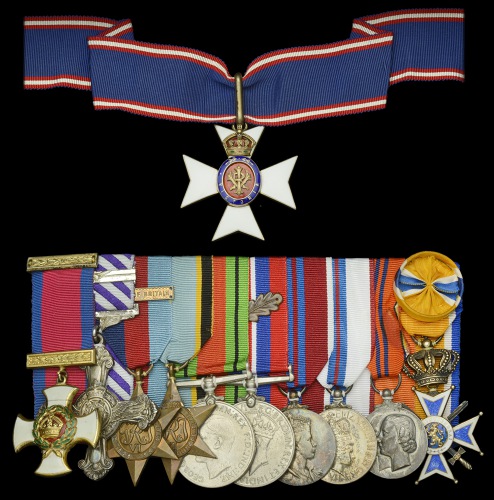 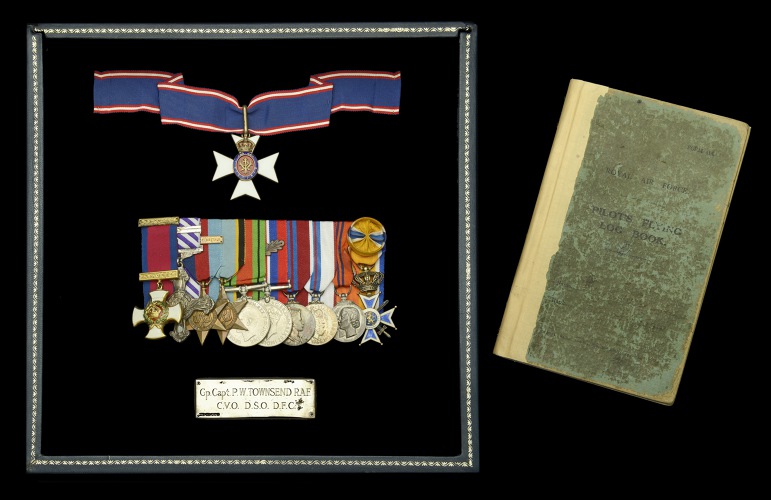 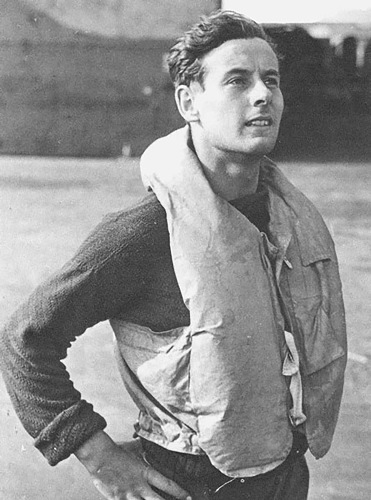 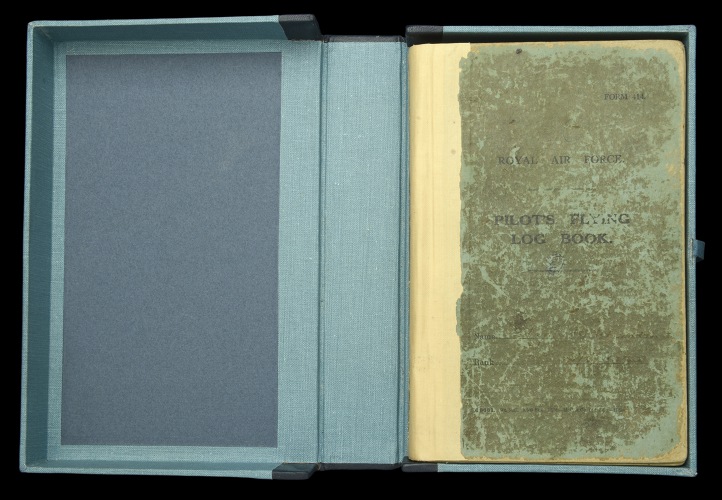 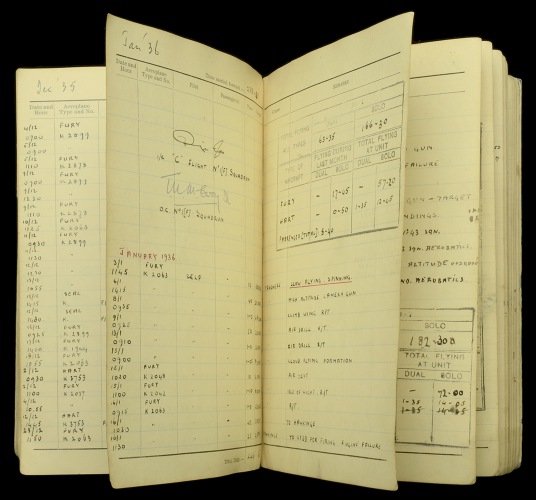 The Important Battle of Britain fighter ace’s group of eleven awarded to Group Captain Peter Townsend (1914-1995) of the Royal Air Force, who was also known for his famously controversial romance with the Queen’s sister, Princess Margaret will be offered by Dix Noonan Webb in their live/ online auction of Orders, Decorations, Medals and Militaria on Wednesday, July 21, 2021 on their website www.dnw.co.uk. It is expected to fetch £160,000 - 200,000.


Peter Wooldridge Townsend was born in Rangoon, Burma on November 22, 1914 and was brought home to be raised in Devon. In February 1940, he became the first pilot to bring down an enemy aircraft on English soil, later commanding No. 85 Squadron from May 1940 until June 1941, a period that witnessed him completing over 300 operational sorties, twice taking to his parachute - once when wounded - and raising his score to at least eleven enemy aircraft destroyed. He was subsequently awarded a richly deserved D.S.O, and in June 1942 he assumed command of No. 605 Squadron, recently back from the Far East, and later R.A.F. West Malling and the Free French Training Wing.

He was then appointed Equerry to H.M. King George VI in 1944, and Comptroller to the Queen Mother’s Household in 1953, his ultimately forlorn romance with the Queen’s sister, Princess Margaret, brought him further celebrity status to add to his spectacular wartime achievements. Turning his attention to writing, in later years he authored the classic Battle of Britain memoir ‘Duel of Eagles’ whilst his well regarded 1978 autobiography ‘Time and Chance’ tells the story of his eventful personal life.

The group of eleven includes a C.V.O., D.S.O., D.F.C. and Second Award Bar and will be sold with the recipient’s original Flying Log Books, bound in one volume - with later annotation in his own hand - covering the entirety of his operational career.

As, Christopher Mellor-Hill, Head of Client Liaison (Associate Director), Dix Noonan Webb commented: “We are very pleased to be offering these extremely important medals on behalf of a collector, Peter Townsend had not one but two illustrious careers, during the Battle of Britain, Townsend epitomized the very spirit of Churchill’s famous “Few” and rapidly became a household name. Then his Royal connections brought him to prominence in the 1950s, and now as a result of the hugely successful Netflix series The Crown, he is known to a new generation today.”

In later years Townsend was drawn to the plight of some of the world’s young, not least those who were the victims of war, and, having been approached by the sponsors of the United Nations’ “Year of the Child” Appeal in 1979, travelled the world to meet such children in person. The result of his endeavours was a book about a girl who belonged to the “Boat People”, a girl who was the sole survivor of a shipwreck on a deserted reef, and he followed up this title in 1984 with a book relating the story of a boy who had been maimed by the atom bomb attack on Nagasaki. Indeed it was as a result of such stories that Townsend decided to sell his Honours and Awards at auction in London in November 1988, having found them ‘lying around in a bag at the bottom of a drawer ... I thought it would be sensible to put them to use’. And so he did, the entire proceeds being donated to a charitable fund set up to assist children.
FULL CATALOGUING AVAILABLE
FORTHCOMING SALES AT DNW
TUESDAY & WEDNESDAY, JULY 6 & 7 – COINS, TOKENS & HISTORICAL MEDALS
WEDNESDAY, JULY 21 - ORDERS, DECORATIONS, MEDALS AND MILITARIA
WEDNESDAY, AUGUST 18 - ORDERS, DECORATIONS, MEDALS AND MILITARIA
THURSDAY, AUGUST 26 – BRITISH, IRISH & WORLD BANKNOTES
TUESDAY & WEDNESDAY, SEPTEMBER 6 & 7 – COINS AND HISTORICAL MEDALS
TUESDAY, SEPTEMBER 14 - JEWELLERY, WATCHES & OBJECTS OF VERTU

NOTES TO EDITORS: Dix Noonan Webb – a brief history
In 1991, its first year of trading, the company held three medal auctions and sold 1,200 lots for a total hammer price of £553,000, however 30 years later, DNW is established as the premier medal auctioneer worldwide. Two years later, in 1993, it opened a coin department which also auctions commemorative medals and tokens. In 2015 DNW added jewellery to its sales calendar as well as setting up a stand alone banknotes department and expanding into premises next door. In 2020 DNW achieved a total hammer price of £14,256,060 and the total number of lots sold across all departments was 24,400. To date the company has sold in excess of 350,000 lots totalling over £200 million.
For further press information and images please contact: Rachel Aked - Tel: 07790732448/ Email: Rachel@rachelaked.co.uk