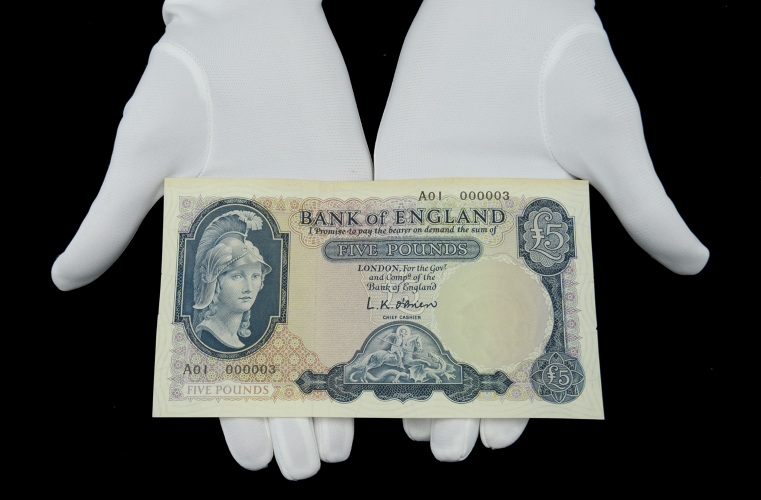 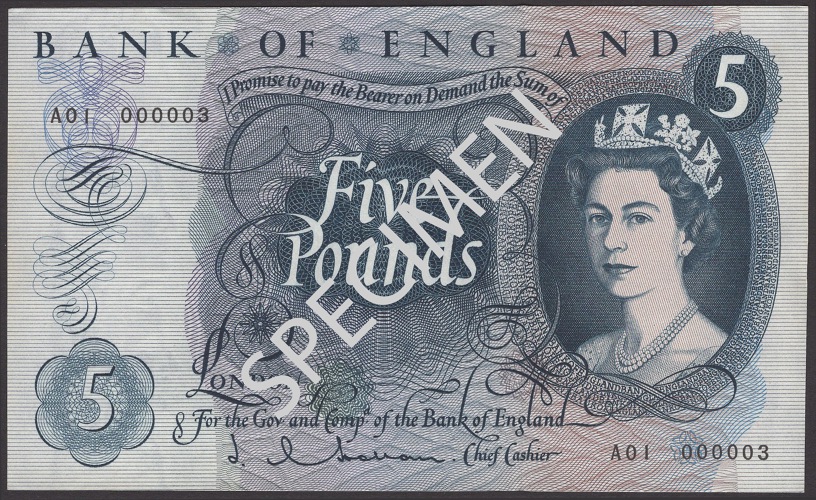 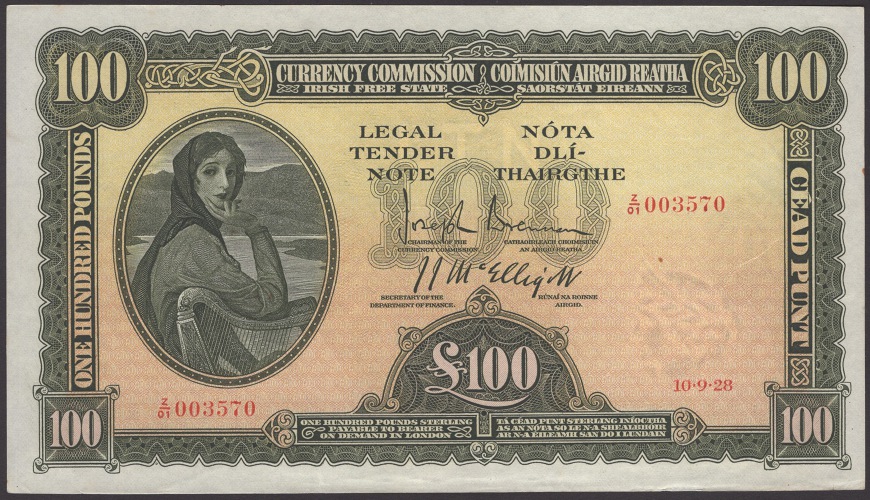 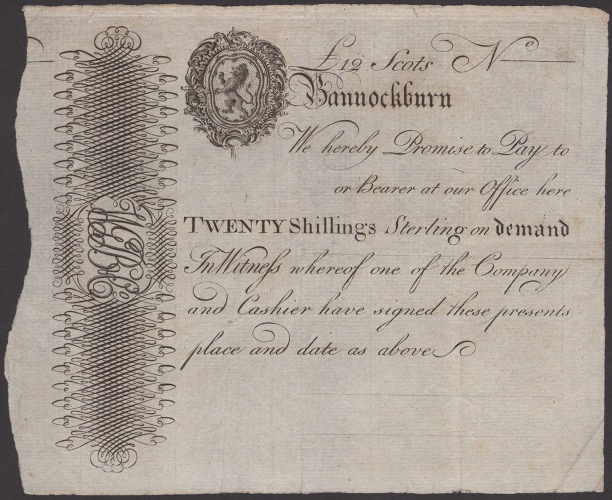 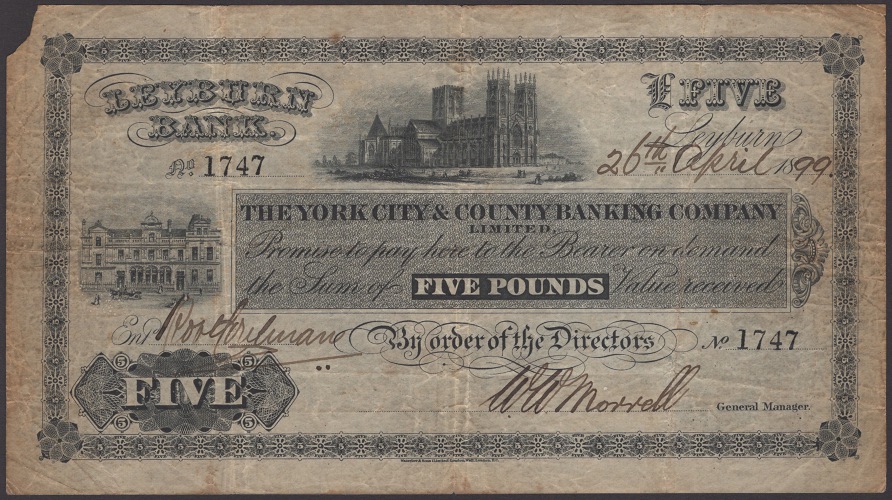 A £5 banknote with serial number A01 000003 that was originally presented to the recently elected Prime Minister, Harold Macmillan, in 1957 is expected to fetch £18,000-22,000 at Dix Noonan Webb in their auction of British, Irish and World Banknotes on Thursday, May 27, 2021 at 10am at their Mayfair saleroom (16 Bolton Street, London W1J 8BQ). This is the first time that a serial number three note, for a new design, has ever been offered on the open market. The Bank of England £5 note is housed in a blue leather presentation wallet dated 21 February 1957, and shows Britannia at left, Saint George slaying the dragon at low centre, reverse blue, lion and key at centre.


As Thomasina Smith, Head of Numismatics (Associate Director) at Dix Noonan Webb, explained: “This important note is the lowest serial number note available to commerce and arguably the finest post-war Bank of England note in the public domain. Serial numbers one and two are held in the Royal Collection, having been presented to The Queen and the late Duke of Edinburgh.”

She continues: “This spectacular and timeless design, known by many collectors as either the the ‘lion and key fiver’ or the ‘Britannia fiver’, was the first significant change of design for the £5 note since the introduction of the denomination in the late 1700s. The design, conceived by Stephen Gooden, was issued for only six years, although it remained legal tender for a further four.”

The subsequent lot in this auction – also a Bank of England £5, housed in a blue leather presentation wallet, dates from 21 February 1963 and also has serial number A01 000003 is estimated at £12,000-£16,000. This note was presented to Harold Macmillan, shortly before the premature end of his second term as Prime Minister in 1963.

As Andrew Pattison, Head of Department, Banknotes, Dix Noonan Webb, comments: “These two notes are some of the first issued by the independent Ireland in 1928, and are also the first to feature the iconic image of Lady Lavery leaning on harp.  There are now thought to be less than ten of each of these denominations still in existence from this early date.”

Among the Scottish notes is an attractive unissued £12 Scots/20 Shillings, dating from circa 1772 from Bannockburn, which is expected to fetch £1,800-£2,200. As Andrew Pattison, notes: “This note, printed for issue in Bannockburn in around 1772, shows the huge disparity in the values of the English and Scottish pound at the time, with one pound sterling being worth 12 pound Scots!”

Elsewhere a group of Scottish banknotes with errors will be offered – the errors range from misprints to extra paper flaps to crumples. Included is Bank of Scotland, £1, dating from 9 November 1984, which has an extra flap of paper and is estimated at £200-260, while a £10 from 24 January 1990 with paper crumpling at top left resulting in a misprint and flap of extra paper is estimated at £150-200.

Andrew Pattison explains: “All Scottish errors are very unusual, partly because of good quality control, and party because of quite small print runs.  This group represents more Scottish errors than I have seen in total, in the last decade of doing this job.”

Among the English notes is the David Muscott Collection of Northern County Provincial Banknotes. A fine £5 from the York City & County Banking Company Limited, Leyburn Bank dating from 26 April 1899, with a beautiful vignette of York Minster at top centre is estimated at £700-900, while from Pease’s Old Bank in Hull is an extremely rare early example of a high denomination - a £10 dating from 23 January 1772 which carries an estimate of £800-1,000.

As Andrew Pattison explains: “This beautiful note, issued in Leyburn in 1899, is one of the latest dates possible for an English provincial banknote.  It features a stunning vignette of York Minster in the upper centre, while the £10 note was issued in Hull in 1772 is one of the earliest dated notes in the sale.  It was a huge sum of money at the time, and in today’s money, was the equivalent of having a £1,500 note in your pocket!”