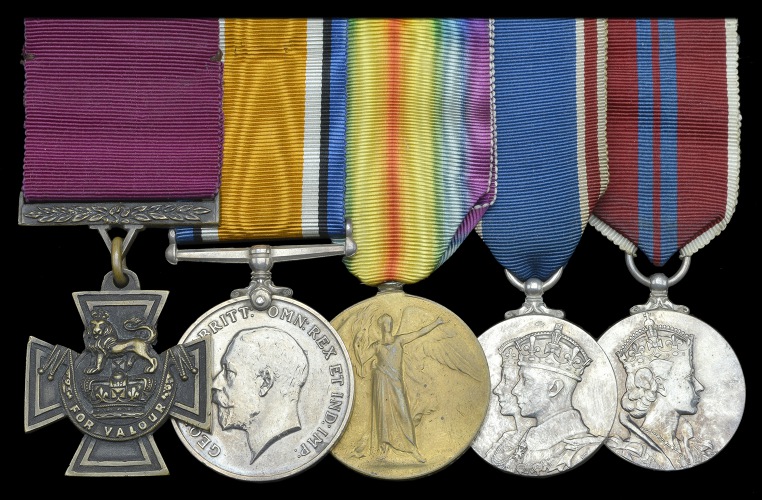 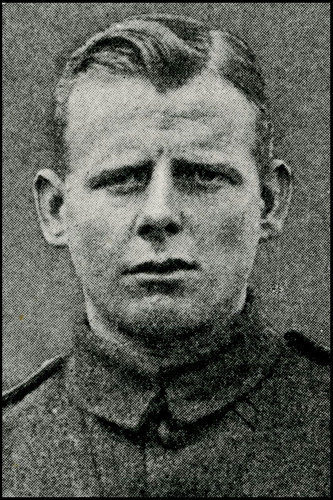 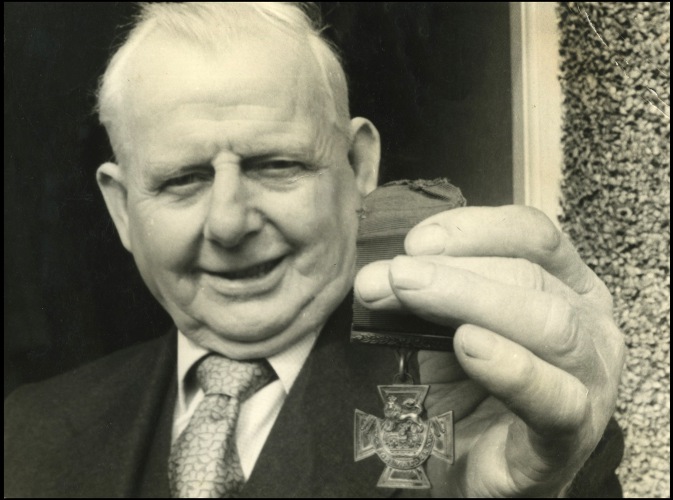 The outstanding Great War 1918 ‘Final Advance to Victory’ V.C. group of five awarded to 21-year-old Lancashire Lad Private James Towers, 2nd Battalion, The Cameronians (Scottish Rifles) who, with utter disregard for his own safety, volunteered to carry a vital message, under continuous heavy fire, to a stranded platoon at Mericourt in October 1918 whilst in the knowledge that five of his comrades had already been in killed in turn making their attempts to carry out the same task - will be offered by Dix Noonan Webb in their live/ online auction of Orders, Decorations, Medals and Militaria on Wednesday, April 14, 2021 on their website www.dnw.co.uk. It is expected to fetch £140,000-180,000.

Setting out under heavy enfilading machine-gun fire amid scant cover, Towers moved between shell craters and crawled through barbed wire entanglements, before coming across the slumped body of the first volunteer runner - his close friend, Private Frank Dunlop, the Company Messenger. Undeterred, Towers continued, only to become pinned down beneath a guarded embankment which, opting for surprise, he navigated with a running leap - landing within five yards of a fully manned enemy machine-gun post whose fire he avoided in the mist by speed of movement and some grace of providence. Finally reaching the trapped platoon intact, he delivered his vital despatch and guided it back to safety after dusk, his display of supreme courage and determination a great inspiration to all ranks.

As, Oliver Pepys, Associate Director and Medal Auctioneer at Dix Noonan Webb commented: “We are extremely pleased to be selling this classic V.C. which was awarded for a pre-meditated act of courage, when Towers volunteered to risk his own life, after five of his colleagues had already lost theirs. Unlike many other VCs, this was not given for a spontaneous act, but for cold courage.”

Later on, Preston-born James Towers, V.C., reflected upon events at Mericourt in The Lancashire Daily Post in 1929: “I joined up as a youngster for a bit of fun, but it didn’t turn out like that. We were young men made old before our time. I felt then, that I had to go to the help of these lads. After all, they were my pals. Five men tried to get through and I was the sixth. I made a dive and got through. The worst part was that I didn’t know just where our chaps were. I had to find them, and in a run for about 150 yards I went within five yards of one of Jerry’s machine-guns. It was my lucky day.”

Towers was Invested with his V.C. by H.M. King George V in the Quadrangle at Buckingham Palace on 8 May 1919, Towers returned to the Palace to attend the V.C. Garden Party in June of the following year. He was also one of 74 V.C. holders who formed a special Guard of Honour for the burial of the Unknown Warrior at Westminster Abbey on 11 November 1920.

Having been demobilised in January 1919, Towers returned to his father’s dairy farm at Broughton. Later, when his father retired, he set up on his own, running a four-acre poultry farm and a milk distribution business. He died at the Royal Infirmary, Preston in January 1977, aged 79. His funeral was attended by Major Ian Ritchie on behalf of the Cameronians (Scottish Rifles), a regimental wreath accompanying the coffin. ‘James Towers V.C. Close’ was subsequently named in his memory on the Lonsdale Estate in Preston. In more recent years a major thoroughfare in Broughton, opened in 2017, was named for him and on 6 October 2018, the hundred year anniversary of the date of the action which led to the award of his V.C., a commemorative plaque was unveiled at the Preston Flag Market.

The Victoria Cross awarded to Towers was one of three won by the Cameronians (Scottish Rifles) in the Great War and one of a total of 13 such awards to the Regiment for all campaigns and wars. With the exception of Towers’s V.C., all of them are held in regimental museums - the other two Great War issues being held by the Scottish Rifles Museum.


Due to the current COVID 19 situation, this auction will be online only and there will be no room bidding available. Customers are able to bid live online (DNW make no additional charge for this service) or leave commission bids prior to the auction.
FORTHCOMING SALES AT DNW
TUESDAY, MAY 4  & WEDNESDAY, MAY 5 – COINS, TOKENS & HISTORICAL MEDALS
WEDNESDAY, MAY 19 - ORDERS, DECORATIONS, MEDALS AND MILITARIA
THURSDAY, MAY 27 - BRITISH, IRISH AND WORLD BANKNOTES
TUESDAY, JUNE 15 - JEWELLERY, WATCHES, ANTIQUITIES & OBJECTS OF VERTU