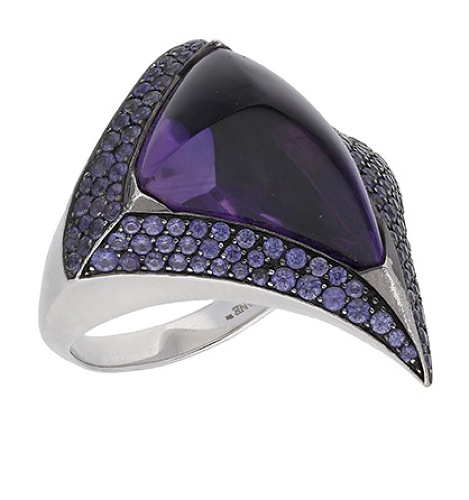 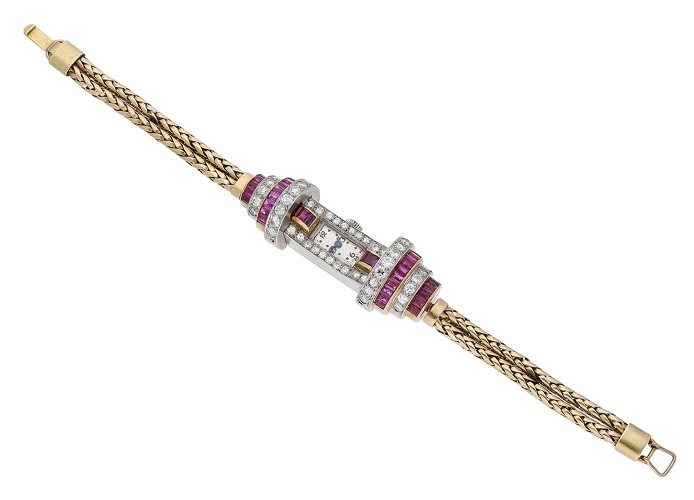 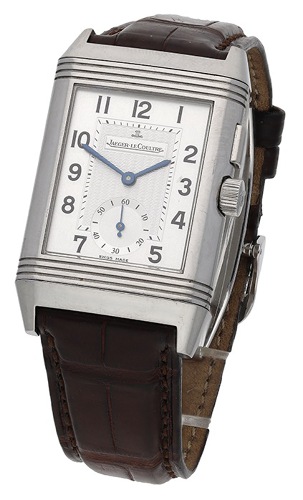 A beautiful amethyst rivière necklace, formerly the property of Marie-Louise, Countess Manvers (1889-1984), will be offered by Dix Noonan Webb in their live/online auction of Jewellery, Watches, Antiquities and Objects of Vertu on Tuesday, March 16, 2021 at 1pm on their website www.dnw.co.uk.

Marie-Louise Countess Manvers was an acclaimed artist, (painting under the name Marie-Louise Pierrepont). Born Marie-Louise Roosevelt Butterfield in 1889, she was the only child of Lord Frederick and Lady Butterfield of Cliffe Castle Keighley, Yorkshire. In 1917, Marie-Louise married Captain Gervas Evelyn Pierrepont (1881-1955), the sixth Earl Manvers JP MC & Duke of Kingston on Hull. The necklace, composed of large graduating oval mixed-cut amethysts, is estimated at £1,500-£2,000. On her death, the necklace passed to her only surviving child, Lady Frederica Rozelle Ridgway Pierrepont (1925-2015). During the Second World War, Lady Rozelle joined the Wrens and she saw the effects of the war close up, as the wounded were brought home across the Channel. She was particularly moved by the condition of German prisoners of war, remembering:
“I suddenly became aware of the indescribable tragedy and horror of war. These were no proud and noble specimens of the Aryan race but a pathetic collection of underfed, tired and ill-looking youths wearing the ragged remains of their uniforms, with a forlorn and hopeless look in their eyes.” (Obituary: The Independent, June 2015).

Lady Rozelle went on to sail single-handed across the Baltic in her yacht, the Martha McGilda. She set up a charitable trust teaching sailing to East End boys in care and later worked with refugees displaced from Yugoslavia. Her first marriage in 1953 had ended in divorce and she married Richard Hollings Raynes in 1965, later becoming an author, and writing under the pen name Rozelle Raynes.  This lot is being offered for sale by a cousin and god-daughter of Lady Rozelle Raynes.

Another striking amethyst piece is an amethyst and purple sapphire ‘Luna’ ring, by Shaun Leane, dating from 2011 is estimated at £1,500-£2,000. Shaun Leane, born in 1969, is a British goldsmith and longtime collaborator with the late fashion designer Lee Alexander McQueen, CBE. At the age of sixteen, Shaun Leane started a seven-year apprenticeship in Hatton Garden with the company English Traditional Jewellery. On completion of his training, he continued to work for the firm for another six years, specialising in the restoration and reproduction of Victorian, Art Nouveau and Art Deco jewels. A chance meeting with Alexander McQueen in 1992 allowed Leane to begin creating his own pieces. Having initially bonded over a mutual desire for creative freedom, the pair went on to design and make iconic and provocative catwalk jewels that challenged perceptions of sculptural form and femininity. Their passion for craftsmanship and symbolic design bridged the worlds of fashion and jewellery and saw the creation of three- dimensional pieces considered contemporary works of art in their own right. The use of less traditional materials, such as aluminium, chosen for their creative versatility rather than intrinsic value, was a theme also seen in the designs of other British jewellers, such as Andrew Grima and John Donald. Leane and McQueen worked together for over 17 years up until McQueen’s death in 2010. During his career Leane has collaborated with various houses, including Asprey, Boucheron, De Beers and Givenchy. His jewels are regularly seen on the red carpet, worn by celebrities such as Björk, Elton John, Kate Moss and Lady Gaga. In 2011 thirty of his works were exhibited at the Victoria and Albert Museum’s retrospective exhibition, Alexander McQueen: Savage Beauty. He is the four-time recipient of the UK Jewellery Designer of the Year, and, in 2020, published an extensive and personal monograph charting his 36 years as a designer-maker.
The auction includes a selection of fine antique jewellery, a principal lot being a stunning late Victorian diamond fringe necklace, circa 1890, estimated at £8,000-12,000. Although not presented with its original frame, the necklace also converts to a tiara.

The auction includes a wide range of wristwatches by leading makers such as Rolex, Cartier, Jaeger-LeCoultre, Longines, Omega, and Bulgari including a stylish stainless steel Reverso Duoface Night & Day wristwatch, by Jaeger-LeCoultre, circa 2010, and estimated at £2,000-£3,000. A 1940s Burmese ruby and diamond cocktail watch is expected to fetch £1,200-£1,500.

Due to the current COVID 19 situation, this auction will be online only and there will be no room bidding available. Viewing is by appointment only. Customers are able to bid live online (DNW make no additional charge for this service) or leave commission bids prior to the auction.