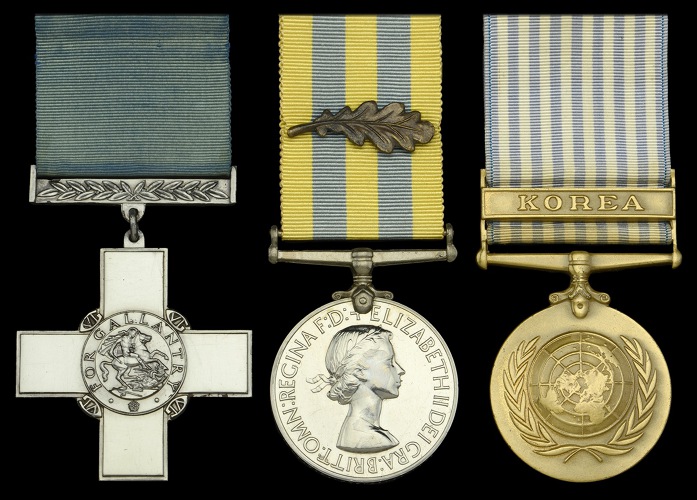 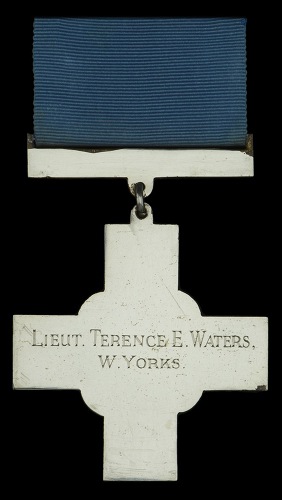 An extremely important George Cross for the Korean War - awarded posthumously to Lieutenant T. E. Waters of the West Yorkshire Regiment, who was attached to 1st Battalion, Gloucestershire Regiment sold today (Wednesday, February 17, 2021) for a world record price of £280,000 (Hammer price) by Dix Noonan Webb in their auction of Orders, Decorations, Medals and Militaria. It was being sold on behalf of the family, who are based in Bristol, and was expected to fetch £140,000-180,000. It was bought by a Private Collector on the phone after fierce competition between three telephone bidders.

Terence Edward Waters was born in Salisbury, Wiltshire on 1 June 1929. After leaving Bristol Grammar School, where he held the rank of Sergeant in the School’s Cadet Force, Waters was accepted into the Royal Military College Sandhurst in 1948 and the following year commissioned Second Lieutenant into the West Yorkshire Regiment. During the Korean War, after being severely wounded, he was captured and imprisoned in the foul conditions of the notorious Kangdong Caves where he died having refused to accept medical treatment, better food, and other amenities in exchange for his participation in propaganda on behalf of the North Korean Communists.

The previous world record price for a George Cross, was also achieved at Dix Noonan Webb in 2015, when they sold
the world-famous George Cross awarded to the Special Operations Executive secret agent Violette Szabό – one of only four GCs to women – which fetched a then record price of £260,000 (hammer).

Following the sale, Christopher Mellor-Hill, Head of Client Liaison (Associate Director) of Dix, Noonan, Webb, commented:  “We are delighted with the attention that this has attracted as it is one of the most outstanding gallantry groups of the 20th century post WW2, exemplifying the individual bravery of a British Officer. It is a glorious price reflecting the story of The Glorious Glosters at Imjin River in the Korean War and their bravery in the face of overwhelming odds.”