MEDALS OF ONE OF THE FINEST MOSQUITO AND PHOTO RECONNAISSANCE UNIT PILOTS OF WW2 TO BE SOLD AT DIX NOONAN WEBB - Sale also includes important Second War S.O.E. D.C.M. group of eight for double-bluffing the Germans with false information after being captured - 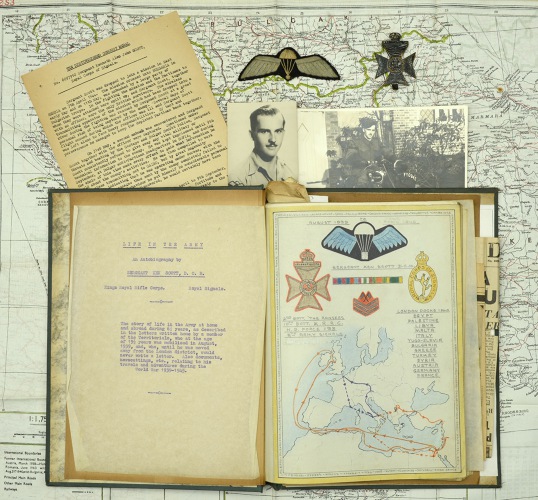 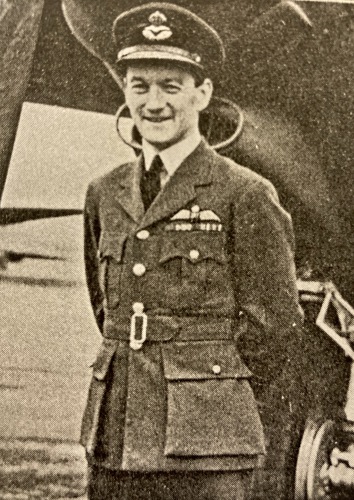 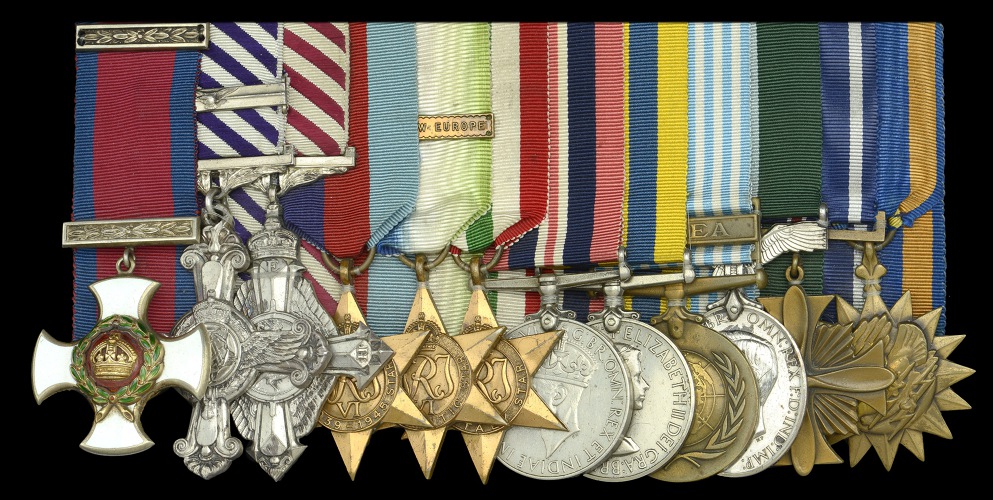 Group Captain J. R. H. Merifield was an outstanding individual in WW2. He was widely recognised as one of the finest Mosquito and Photo Reconnaissance Unit pilots of the War, he flew in over 160 operational sorties and took the first photograph of a V1 flying bomb on a launch ramp at the Luftwaffe Test Installation at Peenemunde on the Baltic Island of West Usedom. His group of twelve will be offered by Dix Noonan Webb in their live/ online auction of Orders, Decorations, Medals and Militaria on Wednesday, January 13, 2021 on their website www.dnw.co.uk. It is expected to fetch £20,000-30,000.

Merifield went on to break two flying records, one over the Atlantic and one in South East Asia, prior to serving in Korea. At the outbreak of the Korean War, Merifield was one of a small number of R.A.F. officers seconded to the United States Air Force. He served with the 51st Fighter Interceptor Wing and flew in 20 combat missions with the U. S.A.F. against the communists in the famed F-86 Sabre Jet. Group Captain Merifield was killed during a flying accident, along with his instructor, whilst carrying out a Whirlwind helicopter conversion course at R.A.F. Upavon in 1961.

Mark Quayle, Specialist (Associate Director), Dix Noonan Webb, commented: “This is a spectacular combination of gallantry awards, all to one man. Group Captain Merifield was an exceptional pilot, and widely recognised as one of finest Mosquito and Photo Reconnaissance Unit pilots of the Second World War. A breaker of multiple flying records, he went on to test himself as a Jet Fighter Pilot during the Korean War before tragically being killed in a flying accident whilst learning to fly helicopters.”

Also in the sale will be the exceptional and important Second War S.O.E. ‘Force 133’ Balkan Operations D.C.M. group of eight awarded to Sergeant K. A. J. B. Scott, Royal Signals and Special Operations Executive, late King’s Royal Rifle Corps, who was ‘dropped’ into Eastern Serbia in April 1944, linking up with Major Frank Thompson’s ill-fated Operation
Claridges in support of Bulgarian Communist Partisans.

As anti-partisan reprisal operations closed in, Thompson took the fateful decision to lead his private army ‘T. E. Lawrence Style’ into Bulgaria, where, with Scott continuing to serve as wireless operator, they were repeatedly ambushed and fought running battles with the Bulgarian Army and Gendarmerie before being ultimately broken up.

Starving and exhausted, Scott and Thompson were encircled and captured before being subjected to brutal beatings and threats under Gestapo interrogation. Learning of Thompson’s execution, Scott was then compelled to extract intelligence from S.O.E. Cairo via his wireless set but, cleverly ensuring that Cairo were not deceived, at great danger to himself he disclosed nothing, surviving fourteen nerve-wracking weeks under Gestapo orders until finally, with the Red Army closing on Sofia, he was released, finding his way to London via Istanbul and Cairo as the only British survivor of the mission.

As Bickham Sweet-Escott’s book “Baker Street Irregular” notes: ‘Our receiving station told us that the message was full of errors in transmission, and that the sending operator had omitted his security check message. Now the operator was a certain Sergeant of Signals, K. A. J. Scott, who had the reputation of being one of the best operators our school had turned out. It was unthinkable that these errors could be accidental. We were forced to conclude that he had been captured and was operating under duress...playing back a set in enemy hands is a skilled operation involving double and sometimes triple bluff...So long as they were convinced that they were fooling us, Scott would be safe...We kept up this elaborate game for three months’

It is estimated at £60,000-80,000 and is being sold together with an important associated archive of material, elements of which include the recipient’s unpublished autobiography of his war years; private correspondence regarding the Claridges Mission between the recipient and both the author Stowers Johnson and the eminent historian E. P. Thompson, and a rare surviving S.O.E. original typescript of the recipient’s D.C.M. recommendation.

Christopher Mellor-Hill, Head of Client Liaison (Associate Director) of Dix, Noonan, Webb, said: “We are privileged to have been asked by Scott’s daughters to find a new home for his medals and artefacts where they will be appreciated and by selling at auction, the opportunity to tell his amazing story to a wider audience of his bravery and sheer pluck


before and after his capture by the German Forces in WW2. We hope his story will be read and help tell the wider role of the SOE in WW2.”