CHARLES I COIN FROM THE WORCESTER MINT SELLS FOR ÂŁ13,640 AT DIX NOONAN WEBB 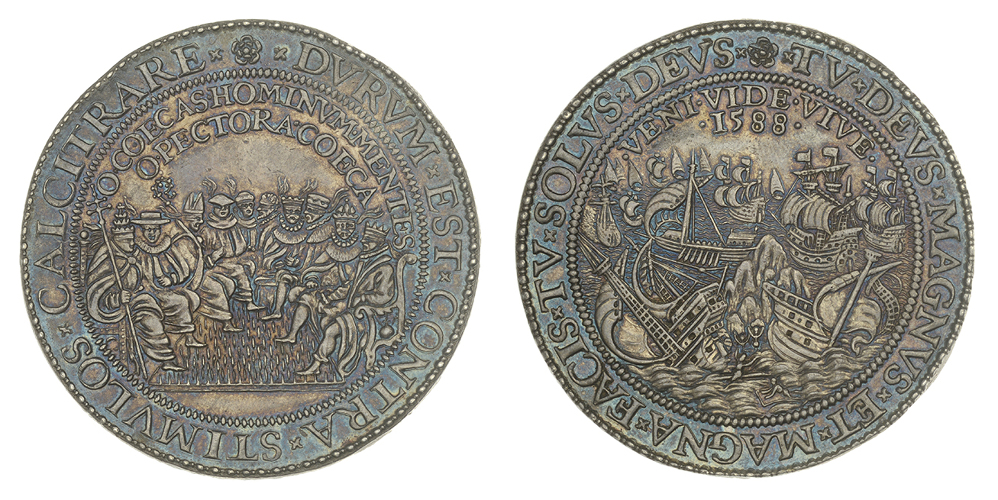 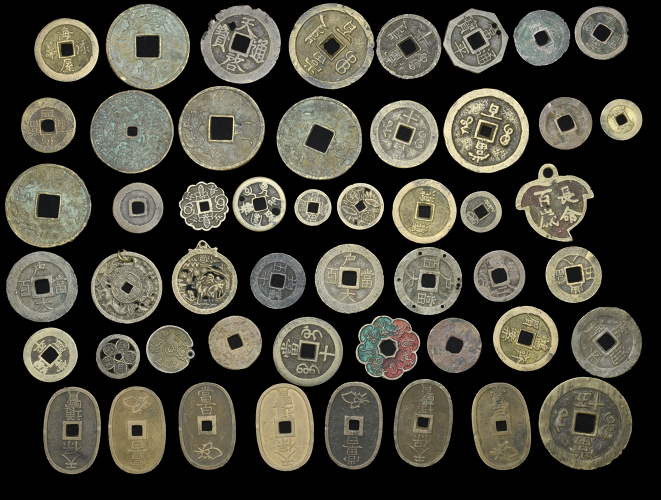 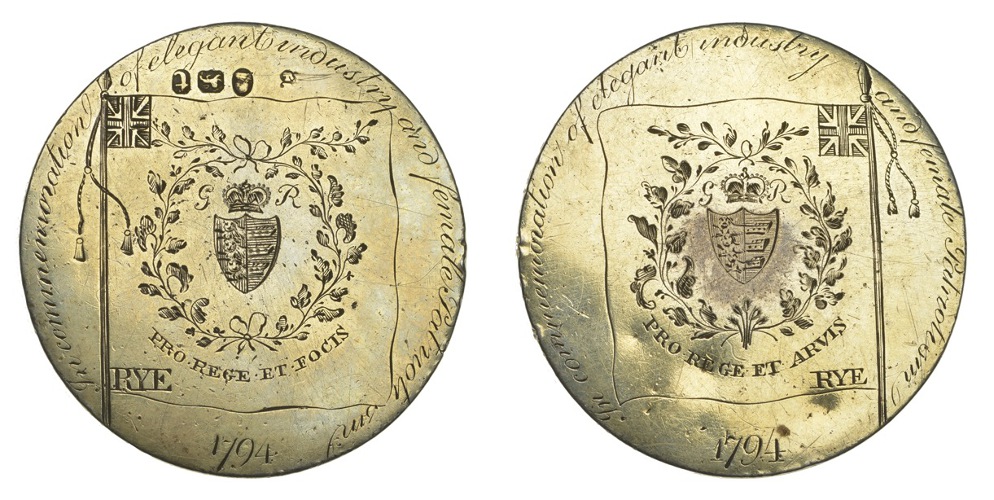 An extremely rare and exceptional Charles I shilling from the Worcester mint sold for £13,640 in a live/online auction of Coins, Tokens and Historical Medals on Tuesday & Wednesday, December 1 & 2, 2020 at International coins, medals, banknotes and jewellery specialists Dix Noonan Webb. The coin which was from the 20th and final part of the late Dr John Hulett Collection of English Coins was expected to fetch £4,000-5,000 and after three UK private collectors competed for it, one was eventually successful. The final part of the Hulett Collection comprised 88 lots and fetched £55,050 [lot 82].


An extremely fine and rare silver medal depicting the Defeat of the Spanish Armada by G. van Bijlaer dating from 1588 and showing Philip II and other Catholic heads of Church and State sold for £11,160 against an estimate of £4,000-5,000. Bought by a UK dealer, it was part of a Collection of 54 lots of British Historical Medals that were the property of a Gentleman which fetched £102,288 [lot 1311]. Another very rare medal from the same collection, dated from the Coronation of William and Mary in 1689 and realised £10,540 against an estimate of £3,000-4,000. This was in exceptional condition and was bought by a UK private collector against other competition from UK and Germany [lot 1329].

A coin from Jiangsu Province, China, dating from the Qing Dynasty, together with another 49 coins from China, Korea and Japan sold for £6,200 against an estimate of £150-200. There were multiple bids from China and it has returned to the Far East [lot 599].

The most important collection of tokens, tickets and medals from Sussex to be offered for sale in the past 50 years realised £17,937. Formed by the late Ron Kerridge, the collection was 100% sold and consisted 78 lots with the highest price being paid for a medal for the Rye Volunteers dating from 1794, and engraved with the arms of the Cinque Ports that fetched £744 [lot 1182].

Also of interest was Part I of the Collection of 17th Century Tokens formed by the late Robert Thompson which fetched £30,039. The most expensive lot was an extremely rare farthing from 1666 for Brand Green near Newent in Gloucestershire which sold for £3,472, against an estimate of £300-400. Believed to be only surviving specimen, it saw strong competition from two buyers for this rare item [lot 1048].