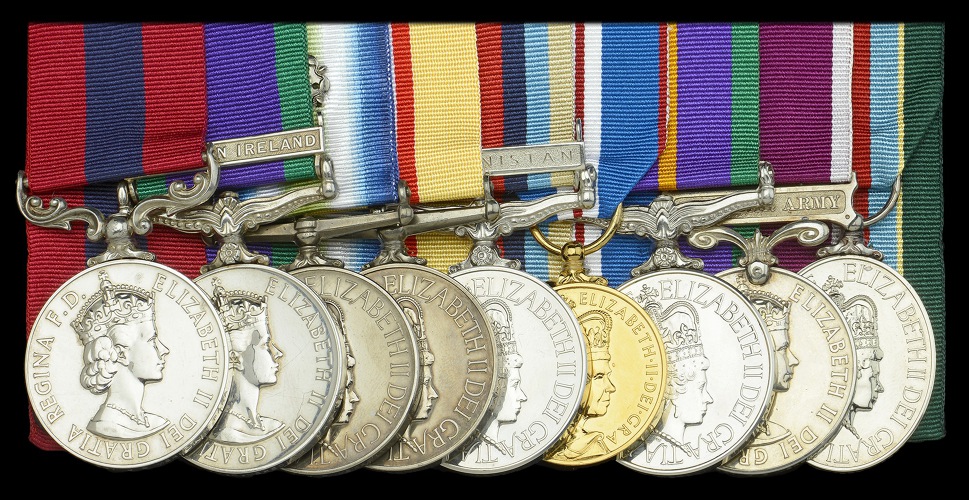 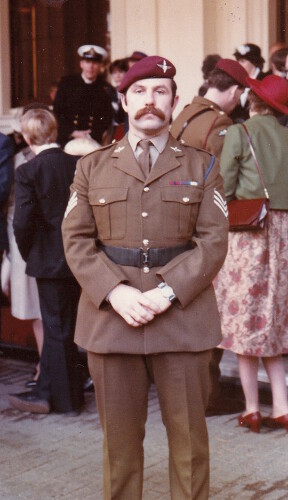 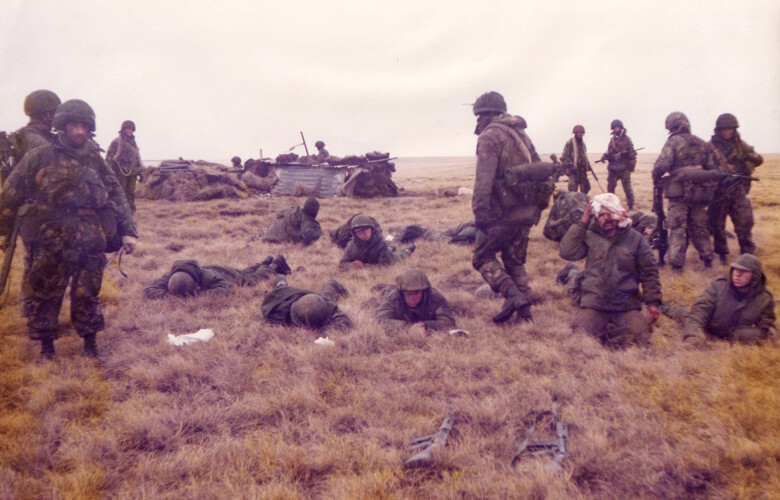 The important and superb Falklands War ‘Goose Green’ and ‘Wireless Ridge’ D.C.M. (Distinguished Conduct Medal) group of nine awarded to Platoon Sergeant, later Major, J. C. Meredith, 2nd Battalion of the Parachute Regiment will be offered by Dix Noonan Webb in their live/ online auction of Orders, Decorations, Medals and Militaria on Thursday, December 3, 2020 on their website www.dnw.co.uk. It is estimated to fetch £100,000-120,000.

John Clifford Meredith was born in 1950 at Bangor, Wales. He joined the British Army in March 1967 and attended selection for the Parachute Regiment, completing his recruit training at Aldershot and initial jumps training at R.A.F. Abingdon. After completing his eighth tour in Northern Ireland, Major, J. C. Meredith, in 1982, embarked with his battalion for the Falkland Islands where he displayed conspicuous gallantry and inspiring leadership during both of their battles.

At Goose Green on the night of 28-29 May 1982, following the loss of the battalion’s forceful and charismatic leader, Lieutenant-Colonel ‘H’ Jones V.C., at Darwin Hill, he continued to work his way down the isthmus with 12 Platoon, D Company, clearing a series of Argentine trenches, thus enabling the continuation of the assault on the Boca House position, which was soon to resist under concentrated Milan anti-tank and small arms fire.

Then, closing in on the Schoolhouse and Airfield, he witnessed the infamous white flag incident at the ‘flagpole position’, in which his platoon commander and two more men were killed under confused circumstances. Immediately assuming command of the platoon, he
organised and executed a deadly and highly effective retaliatory attack with belt-fed machine
gun fire and 66mm rockets, saving the lives of five more men of his platoon.

On 14-15 June at Wireless Ridge, when tasked with leading the attack to roll up the Argentinian flank along the main ridge line, D Company were engaged in three separate attacks against co-ordinated resistance during the one night. With 12 Platoon furthest forward on the ridge, and dangerously exposed, Meredith assisted his Platoon Commander in leading the men forward in the face of heavy machine-gun and artillery fire. His outstanding skill and gallantry throughout the campaign were in the very highest tradition of the Parachute Regiment.

Major Philip Neame’s account of the action at Goose Green was published in Above All, Courage by Max Arthur. He comments: “I went back to join 12 Platoon to find that Sergeant Meredith by this stage had got the situation firmly under control. His platoon was busily knocking s--t out of the Flagpole Position with 66 rocket launchers and machine guns.”

He goes on to say: “Meredith, of course, held it all together and made sure the platoon continued to work together - a really solid number, hard as nails and with the ability to think. He never appeared fussed, which is what I think really helped at this time, at least for his blokes.”

As Christopher Mellor-Hill, Head of Client Liaison (Associate Director) of Dix, Noonan, Webb explains: “We are very pleased to be offering this group on behalf of Major, J. C. Meredith, who played a vital part in the action at Goose Green – a pivotal event in the Falklands War. Only eight D.C.Ms were awarded during the South Atlantic Conflict.”
Meredith later commented: “We went down there with a job to do and we did it. I was very proud of what 2 Para did. What I did is not important as far as I’m concerned. You see, I’m a professional soldier, I’m proud to say I’m a professional soldier, and as far as I’m concerned I did my job. I did what I’m paid to do, what I’ve been paid to do for the last fifteen years, and if somebody thinks that I maybe did something a bit above what I consider to be my job, I can’t do much about that. I was lucky. All I had was a few holes in my kit - nothing serious. My wife was worried about me but I reassure her that the bullet that’s going to get me hasn’t been made yet. You’ve got to be confident about those things.”


Due to the current COVID 19 situation, this auction will be online only and there will be no room bidding available. Customers are able to bid live online (DNW make no additional charge for this service) or leave commission bids prior to the auction.