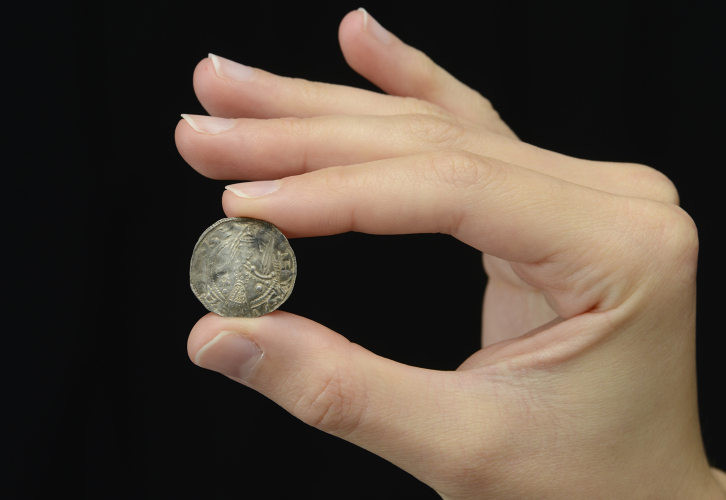 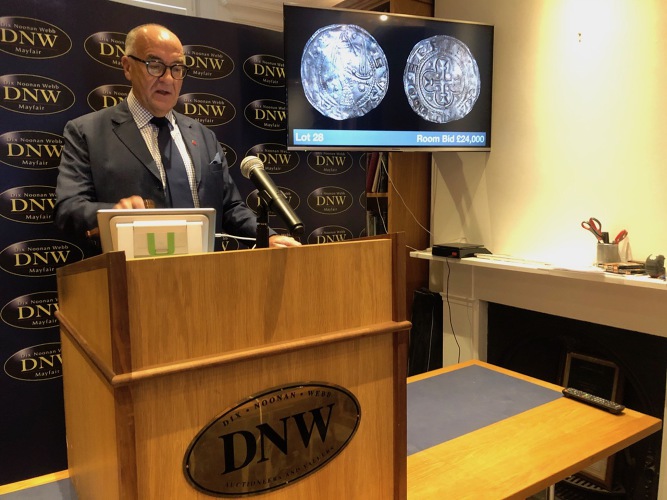 An extremely rare silver penny of Baron Eustace Fitzjohn, a 12th century Yorkshire Business Magnate that was recently discovered by a metal detectorist sold for £29,760 today (Tuesday, November 3, 2020) in a live/online auction of Coins and Historical Medals at International coins, medals, banknotes and jewellery specialists Dix Noonan Webb. The coin, which measures 19mm in diameter, was minted in York and is one of only 20 surviving examples with this design. It was estimated to fetch £10,000-15,000.


It was found in August by Rob Brown, a 56-year-old from Leeds, using his Deus XP metal detector on a stubble field near Pickering in North Yorkshire. Rob did not initially recognise the coin which is a very rare silver penny issued in York by Eustace Fitzjohn, the Lord of Malton and Knaresborough, who served under King Henry I becoming a wealthy landowner through marriage and then supporting the Empress Matilda when she fought a civil war with her cousin Stephen in the period known as The Anarchy in England.

Following the sale, finder Rob Brown said: “The auction felt quite surreal and it seemed to go so fast. I was amazed by all the interest from around the world with bidding from the USA, Brazil and the UK. It was very exciting; selling for much more than I expected. I am planning to add the money to my pension pot, and continue to carry on metal-detecting as I would love to find another one!”

In 1138, Eustace lost custody of Bamburgh Castle to Stephen and decided to join forces with David I of Scotland fighting with him against Stephen at the battle of the standard that year. In July 1157 Eustace was killed in Flintshire after being ambushed by the Welsh army.

Nigel Mills, Expert in Artefacts and Antiquities at Dix Noonan Webb, commented: “This is a tremendous result of £24,000 (hammer price), it exceeded all of our expectations. Bidding came from the United States and Brazil but with two UK buyers fighting it out it at the end, so the Eustace stays here.”