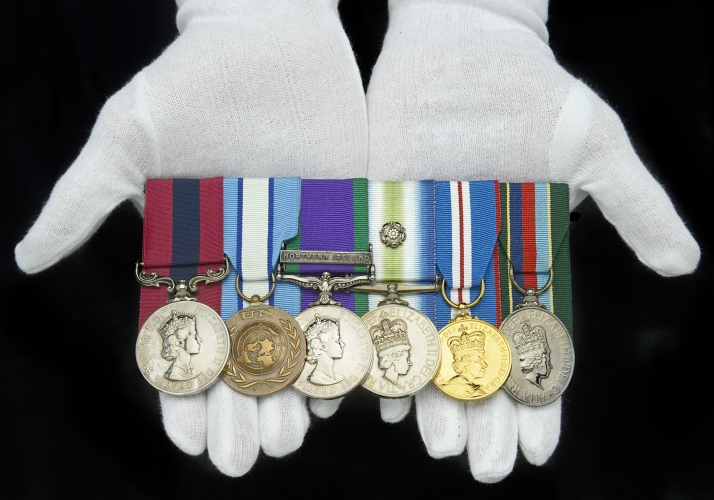 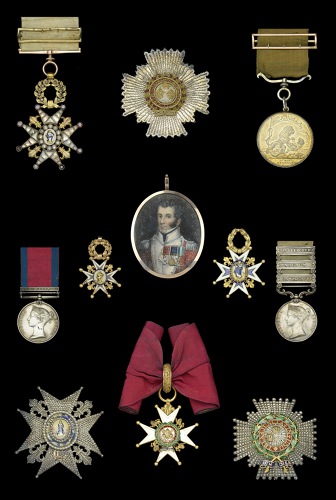 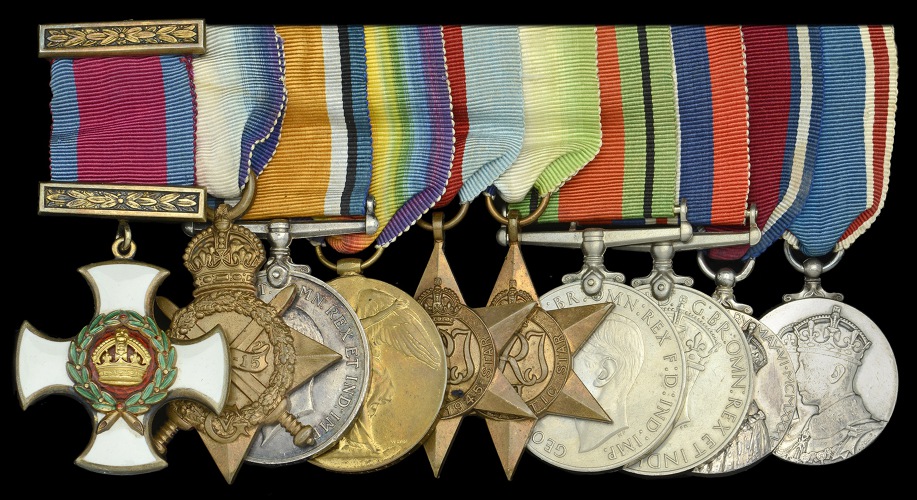 An important Falklands War D.C.M. group of six medals awarded to Sergeant, later Captain, J. S. Pettinger, of the 3rd Battalion, The Parachute Regiment, who distinguished himself on countless occasions, whilst serving as Patrol Commander D (Patrol) Company during 11 days of operations in and around the Mount Longdon area were sold at Dix Noonan Webb for £130,000 today (Thursday, September 17, 2020) in their live online auction of Orders, Decorations, Medals and Militaria. It was purchased by a UK buyer [lot 25].

John Stuart Pettinger
was born in Blackburn, Lancashire, and joined the Army in September 1968 at the age of 15 as a junior soldier of The Parachute Regiment. During the Falkland’s Conflict, Pettinger’s D Company were the ‘eyes and ears’ of 3 Para, and carried out extensive close target reconnaissance in and amongst enemy lines - in order to provide accurate descriptions of routes onto the objective, and detailed information on enemy strengths and locations prior to the assault on Mount Longdon.

Following the sale, John Pettinger said: “I'm pleased to know that my medals and the story of how I won them are now safely in the hands of a collector. The money that they have raised will be put to good use in my retirement.”

Mark Quayle, Associate Director, Dix Noonan Webb commented: “We were delighted to be able to assist Captain Pettinger achieve such a commanding price, for what is one of the iconic Falklands War gallantry medal groups.”


Elsewhere in the sale, the Maclaine Family Medals made a combined total of £104,780 against a pre-sale high estimate of £58,000. The family had links with Scotland – most importantly the Isle of Mull as well as Thornbury and Berkeley in Gloucestershire.

Nimrod Dix, Deputy Chairman of Dix Noonan Webb, commented: “This is a remarkable record of four brothers who all served during the Napoleonic wars against the French and we are very pleased with the prices achieved but in no way surprised. Historic groups of this quality and rarity are few and far between. With the exception of one portrait and the whistle the main collection was bought by a private collector so it is good that they will remain together for some years yet” [lots 76-81].

Also of note was the important Second War ‘sinking of the Bismarck’ D.S.O. group of ten awarded to Rear-Admiral A. J. L. Phillips, R.N., in command of H.M.S. Norfolk during the action. This fetched £14,880 against an estimate of £6,000-8,000 and was bought by a private collector. Nimrod Dix noted: “Anything concerned with the sinking of the Bismarck will always attract a good deal of attention. In this case the captain of one of the most significant ships involved in the final destruction of the Bismarck which by this time had become Britain’s No 1 enemy” [lot 6].