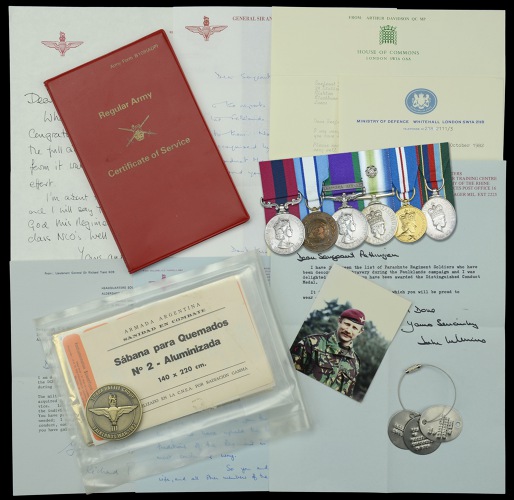 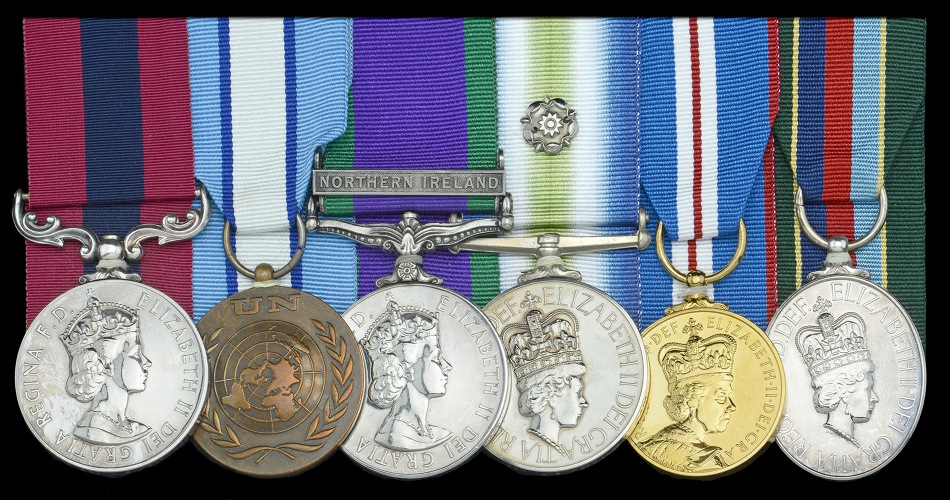 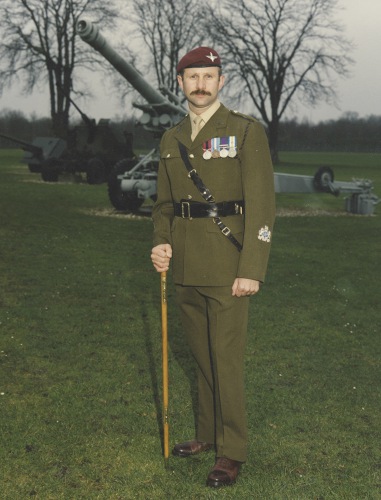 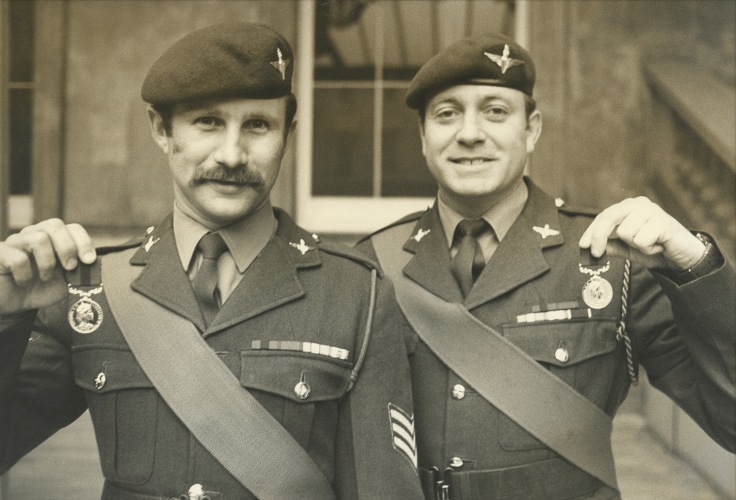 An important Falklands War D.C.M. group of six medals awarded to Sergeant, later Captain, J. S. Pettinger, of the 3rd Battalion, The Parachute Regiment, who distinguished himself on countless occasions, whilst serving as Patrol Commander D (Patrol) Company during 11 days of operations in and around the Mount Longdon area will be offered by Dix Noonan Webb in their live online auction of Orders, Decorations, Medals and Militaria on Thursday, September 17, 2020 on their website www.dnw.co.uk. They are estimated to fetch £100,000-120,000.


‘... the battle of Mount Longdon was won to a considerable extent by the persistence and determination of a relatively small group of soldiers who continued to slug it out for dominance against a well-entrenched enemy. In reports and reminiscences of the battle, the same names crop up again and again: McKay, McLaughlin, Weeks, Fuller, Gough, Gray, Pettinger. They represent a litany of uncompromising professionalism and focused aggression.’ (Green-Eyed Boys, 3 Para and the Battle for Mount Longdon, by Christian Jennings and Adrian Weale, refers)

John Stuart Pettinger was born in Blackburn, Lancashire, and joined the Army in September 1968 at the age of 15 as a junior soldier of The Parachute Regiment. During the Falkland’s Conflict, Pettinger’s D Company were the ‘eyes and ears’ of 3 Para, and carried out extensive close target reconnaissance in and amongst enemy lines - in order to provide accurate descriptions of routes onto the objective, and detailed information on enemy strengths and locations prior to the assault on Mount Longdon. Pettinger is very keen that his important collection of medals and fascinating archive remain together.

The lot will come with a written narrative, which provides great insights and stories into his illustrious career. In relation to his actions at Mount Longdon, he explains: “We worked our way into the enemy positions and around to the north of the rocks, cautiously probing in where we could. Numerous enemies were seen and heard, often only a few metres away, and machine gun and mortar positions were found and noted.... I eventually checked my watch to see it was almost 04:30; we were still on the enemy position having been there for about 5 hours.”

He continued: “I took the decision to place our weapons down by our sides and just walk off the position heading north; a tactic used in Northern Ireland years before. To our surprise and fright, we discovered we had walked through several occupied enemy trenches with men talking. Nobody stopped us. Once clear, we ran as fast as possible back westwards towards our first RV.”

During the preparation for the attack on Mount Longdon Sergeant Pettinger completed six close target reconnaissances against the objective, and once completed, the citation for his D.C.M. states: “On the night of 11th/12th June, Sergeant Pettinger acted as a guide for B Company for their part in the battalion night attack onto Mount Longdon and was able to place them in such a good starting position that the attack came as a complete surprise to the enemy. Once the battle had commenced he was a constant source of information and advice to the Company Commander, while acting with dash and determination during the many assaults against strong points on that night, killing at least three enemy.”

Mark Quayle, Associate Director, Dix Noonan Webb commented: “Over the years we have sold a variety of medals relating to the South Atlantic Campaign, but this is one of the most important groups – a D.C.M is the most senior award, second only to the Victoria Cross.”

Nearly forty years after being awarded his D.C.M. by the Queen at Buckingham Palace, Mr Pettinger has decided that now is the right time to sell his medals. He said: “I no longer have any need to wear my full size medals and now seems the right time to sell them to ensure that they are kept for posterity and the small part that I played in the Falklands War can be recorded for future generations.”