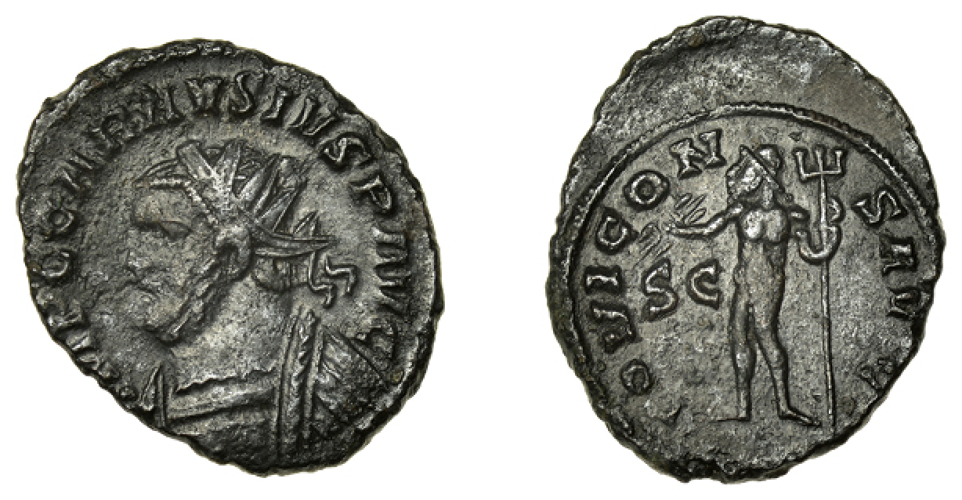 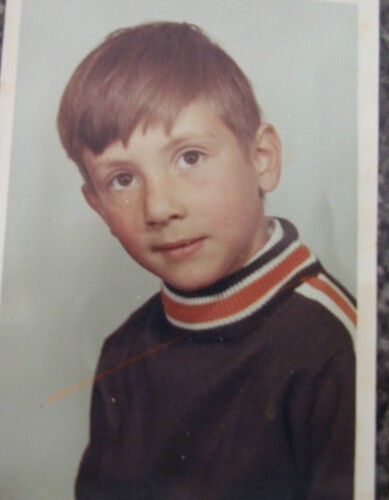 An extremely rare coin was minted by the Emperor Carausius, the first ever Brexiteer, who rebelled against the Roman Empire and led a breakaway British Empire between 286-293 was sold by International coins, medals, banknotes and jewellery specialists Dix Noonan Webb for £4,216 in a live online auction of Ancient and Islamic Coins yesterday (Wednesday, June 3, 2020). It had been expected to fetch £800-1,000 and was bought by a collector in the USA.

The bronze coin, known as
an antoninianus, was struck by Carausius in 291 in order to pay his army. It was discovered by Kevin Scillitoe in Colchester and is one of only two known examples with this reverse. Kevin found the coin in the mid 1970s when he was just a 10 year-old boy (see photo above). At the time, the river in Colchester was being dredged and the resulting spoil heaps were deposited along the roads leading out of the town. These mounds attracted the attention of Colchester’s schoolchildren who sifted through the dirt using kitchen sieves in the hope of finding lost Roman treasures. Kevin found several Roman coins while searching which he has kept ever since and he only realised the importance of this coin when he saw the only other known example prominently exhibited in the British Museum.

Following the sale, Kevin said: “I watched the auction live with family, and was amazed with the price. It still hasn't sunk in yet! But well worth the 47 year wait.”

As Bradley Hopper, Coin Expert at Dix Noonan Webb explains: “The hammer price is a reflection of how rare and historically significant this coin is. We were expecting a lot of interest from collectors, and it was fantastic to see such competitive bidding on the day. I am delighted for both Kevin and the successful bidder.”

Dix Noonan Webb are donating 5% of their Buyer’s Premium to NHS Charities Together, and a total of £26,766 is being donated to the charity from the auctions since the lockdown due to COVID-19. The ongoing total can be seen on the homepage of DNW’s website. NHS Charities Together works with over 250 charities across the UK helping the NHS do more to look after people. For more information about NHS Charities Together and the outstanding work they do, click here to visit their website.