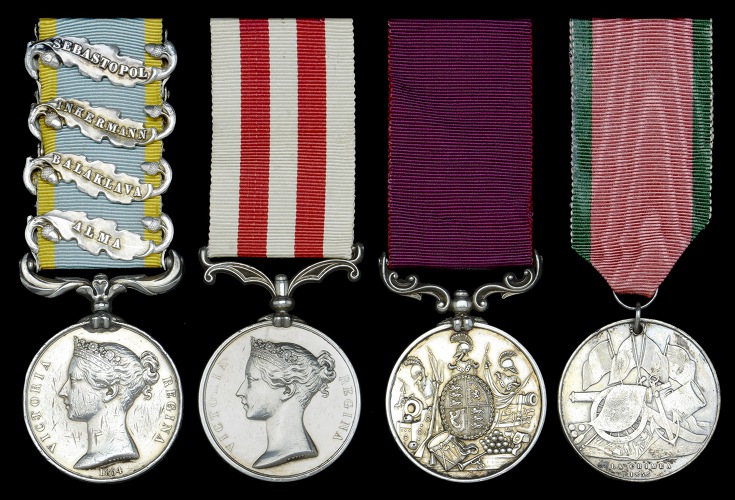 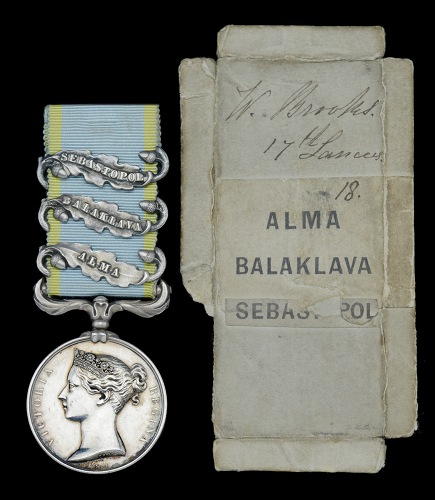 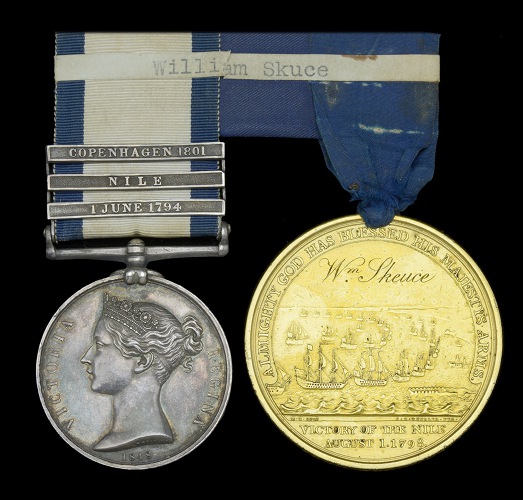 The important 1877-79 South African War medal awarded to Private John Waters, 1st Battalion, 24th Foot, who was severely wounded in the right shoulder at Rorke’s Drift where he was one of the men defending the hospital sold for £54,650 in International coins, medals, banknotes and jewellery specialists Dix Noonan Webb’s recent live online auction of Orders, Decorations, Medals and Militaria on Thursday, May 21, 2020.

Christopher Mellor-Hill, Head of Client Liaison at Dix Noonan Webb, commented after the sale: “The medal was bought by a Doctor working overseas who loved the connection with the ‘Rorke’s Drift’ Hospital and that Waters was in there defending the hospital and the story of his escape from the hospital building after hiding in a wardrobe as it caught fire despite being wounded is one of the well known side stories of the famous Defence of Rorke’s Drift,” [lot 512].

Also of note in the auction, which comprised 850 lots, was the Outstanding Korean War D.S.O. and Second War Fleet Air Arm fighter pilot’s D.S.C. group of twelve awarded to Lieutenant-Commander S. J. Hall, Royal Navy; the D.S.C. for gallantry in leading 800 Squadron’s Hellcats from H.M.S. Emperor during Operation Tungsten, the raid against the German Battleship Tirpitz on 3 April 1944. It sold by a US Collector for £22,320 against an estimate of £8,000-12,000 [lot 8]. Christopher Mellor-Hill, noted: “The Korean Group was a splendid combination of WW2 and Korean War service and was bought by a collector who collects medals for notable British Naval actions to reflect the story of The Royal Navy from The Glorious First of June to recent times (since medals were awarded),” [lot 8].

A rare pair of medals awarded 50 years apart also attracted significant attention selling for £21,080 - four times the pre-sale estimate. As Nimrod Dix, Deputy Chairman of Dix Noonan Webb, commented: “These two medals were awarded 50 years apart so it is very rare to see the two together bearing in mind that so few veterans of the battle of the Nile in 1798 would still have been alive to claim the silver medal in 1848 (just 326 officers and men). Add in an impeccable provenance and the fact that this pair has not been seen for nearly 50 years and you get an unusual price,” [lot 86].

Elsewhere two medals from the Charge of the Light Brigade sold well. The emotive medal to Private Walter Brooks, 17th Lancers, who was killed in the Charge at Balaklava on 25 October 1854, sold for £11,160 [lot 472], while medals belonging to Private James Webster of the 17th Lancers and a confirmed Light Brigade ‘charger’ who afterwards served in the Indian Mutiny fetched £10,540 [lot 110]. They both went to private collectors.

Dix Noonan Webb are donating 5% of their Buyer’s Premium to NHS Charities Together, and a total of £23,589 is being donated to the charity from the auctions since the lockdown due to COVID-19. The ongoing total can be seen on the homepage of DNW’s website. NHS Charities Together works with over 250 charities across the UK helping the NHS do more to look after people. For more information about NHS Charities Together and the outstanding work they do, click here to visit their website.