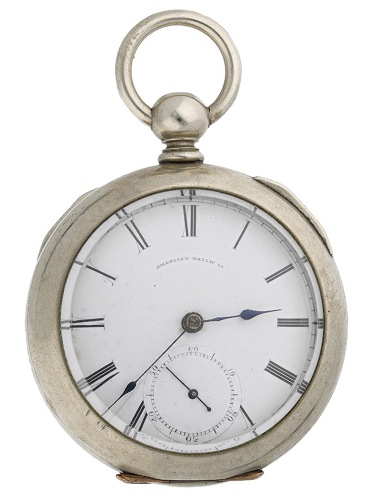 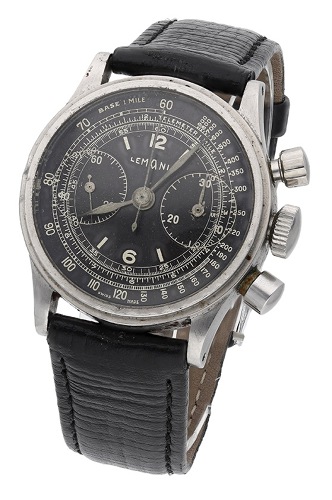 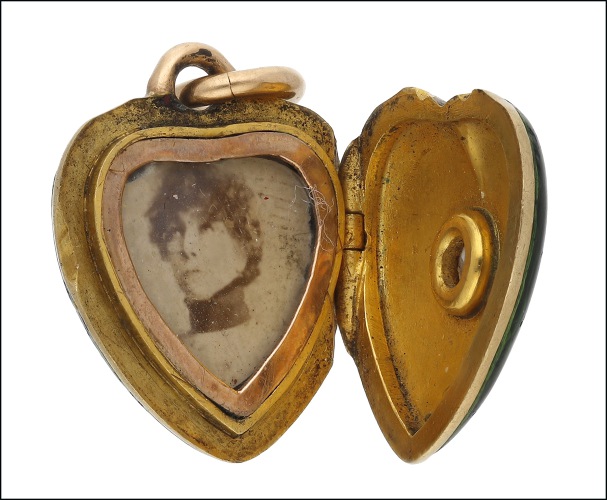 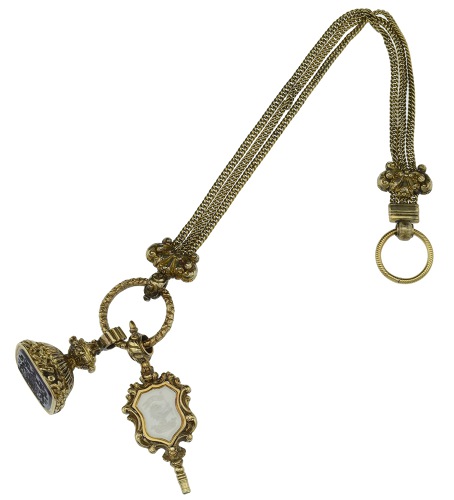 An historically important presentation pocket watch, given to Wilmer McLean, who played a pivotal role in the American Civil War, will be offered for sale by International coins, medals, banknotes and jewellery specialists Dix Noonan Webb in a LIVE ONLINE AUCTION of Jewellery, Watches and Objects of Vertu on Tuesday, June 9, 2020 at 1pm on their website www.dnw.co.uk.

The American Watch Company presentation pocket watch is inscribed ‘
Wilmer McLean, In grateful appreciation of hospitality rendered to General Robert E. Lee, March 3rd 1866’ and is estimated to fetch £1,000-2,000. Wilmer McLean (May 1814 – June 1882) was a grocer from Virginia, who holds a unique position in the history of the American Civil War, while General Robert E. Lee (January 1807 – October 1870) was one of the war’s best-known commanders, who led the Army of Northern Virginia from 1862 until its surrender in 1865. The initial engagement of the American Civil War in 1861 - First Battle of Bull Run, took place on the Yorkshire Plantation, in Manassas, Prince William County, Virginia, which belonged to Wilmer McLean.

As Frances Noble, Head of Jewellery at Dix Noonan Webb, continues the story: “McLean's house was being used as a headquarters for Confederate Brigadier General P. G. T. Beauregard, and a cannon ball dropped through the kitchen fireplace. McLean was a retired major in the Virginia militia but by 1861 was too old to return to active duty. In the spring of 1863, he and his family moved about 120 miles south to a dusty, crossroads community called Appomattox Court House. On April 9, 1865, General Robert E. Lee was about to surrender to Lieutenant General Ulysses S. Grant, he sent a messenger to Appomattox Court House to find a place to meet. The messenger knocked on McLean's door and requested the

use of his home, to which McLean agreed. Lee surrendered to Grant in the parlour of McLean’s house, effectively ending the Civil War. Later, McLean is supposed to have said, "The war began in my front yard and ended in my front parlor.”(sic). Once the ceremony was over, members of the Army of the Potomac began taking the tables, chairs and other various furnishings of the house - essentially anything that was not tied down - as souvenirs.”

Also of interest is the Culling Collection of Military Watches Part 1 which comprises 33 lots including examples from the German, American and British military, from WWI pocket watches to 1990s quartz wristwatches – see illustrations above. And as all the best collections do, it reflects the personality and interest of the collector, Bob Culling, himself; from the iconic 1940s German B-Uhr pilot’s wristwatch (est: £1,800-2,400), to the modest American zippo lighter (est: £20-40), each an example offering a fascinating glimpse into the military history of the 20th century. Other highlights include examples of the ever popular ‘Dirty Dozen’ series of wristwatches (estimates from £500 to £1,000), a classic RAF pilot’s Lemania mono pusher (est: £1,500-2,000) as well as an unusual civilian mid-sized Lemania chronograph (est: £1,500-2,000) and a WWII German submariners pocket watch (est: £300-400).

As Laura Smith, Jewellery Specialist at Dix Noonan Webb explains: “The Culling Collection took half a lifetime of collecting and is impressive, both for the fine condition of the watches, most of which would have seen active service during wartime, and also for the breadth of the collection. For some, it is the appeal of the rugged, pared back aesthetic; where function takes precedence over form - there are few extraneous details to a military watch, they must be hard wearing, easy to read and maintain. For others, it is the history behind these watches, where have they been and what is their personal story? While very few military watches bear personalised inscriptions, (the silver Trench wristwatch in the Culling collection is an exception), the military issue serial numbers can usually be decoded to reveal which branch of the military they were issued to, sometimes the role of the wearer (eg. pilot, engineer, special forces operative) and the date, which can identify which war the original owner is likely to have been involved in. The second part of this collection will be included in the next sale of Jewellery, Watches and Objects of Vertu on September 15.”

Three lots relating to the Duke of Wellington will also be offered. These include a 19th century gold watch key, circa 1820s/1830s with engraved intaglio crest and initials ‘A W’ below, for Arthur Wellesley, 1st Duke of Wellington which is estimated to fetch £700-900, while six items from the collection of the famous French actress Sarah Bernhardt include an emerald and diamond set locket, enclosing a lock of her son’s hair, which is expected to fetch £400-600.

Due to the current COVID 19 situation, there will be no physical viewing of the auction. Prospective bidders are encouraged to consult DNW’s website (www.dnw.co.uk) where all lots are illustrated, with Condition Reports. Customers are able to bid online (DNW make no additional charge for this service) or leave commission bids prior to the auction. Please note that the situation with regards to dispatch of lots is subject to constant review and should it be necessary lots can be securely stored without charge for as long as required. DNW are donating 5% of all buyers' premium during these uncertain times to the NHS Charities Together Covid-19 Appeal.