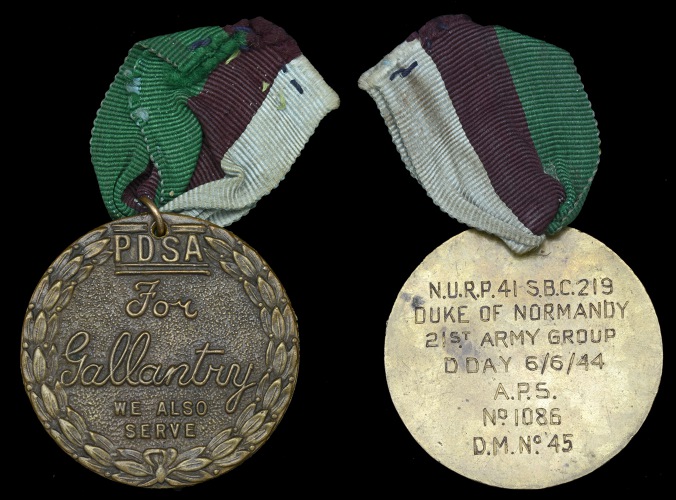 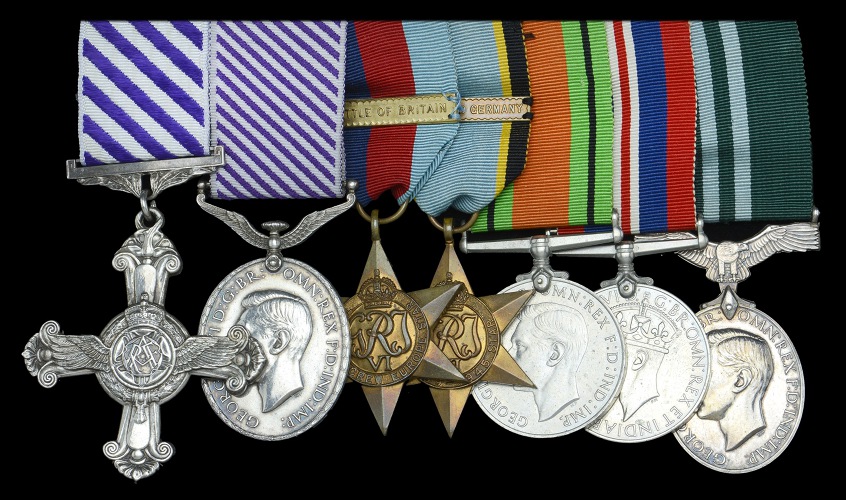 The emotive P.D.S.A. Dickin Medal for Gallantry - “The Animals’ V.C.” - awarded to the cock-pigeon ‘Duke of Normandy’ for his gallantry on D-Day, 6 June 1944 fetched £27,280 – more than three times its pre-sale estimate - at Dix Noonan Webb in their online/ live auction of Orders, Decorations, Medals and Militaria today (Thursday, April 16, 2020). The medal was bought over the telephone by Private Client, based in the UK, who collects items with strong stories.

Owned by Gaston Noterman, a naturalised Belgian and master organ builder living and working in Shepherd’s Bush, London, ‘Duke of Normandy’ was the first bird to arrive home with vital intelligence from behind enemy lines after an epic 26 hours and 50 minutes flight [Lot 777].

Auctioneer, Oliver Pepys, Associate Director, Dix Noonan Webb commented: “This Dickin Medal is extremely important - it is the Animal equivalent of the Victoria Cross, and very few have been awarded. Consequently, given their importance, scarcity, and the British public’s love of animals, they generally generate a lot of interest when they do come up for sale.”

The auction comprised 850 lots and the second highest price of the day was paid for an exceptional Second War ‘Spitfire pilot’s’ group of seven awarded to Squadron Leader A. C. Leigh, Royal Air Force Volunteer Reserve, a ‘Battle of Britain’ veteran who had numerous confirmed and probable aerial victories in 1940-41. Shot down over the Channel in 1943, he converted to Mustangs in 1944 and took part in many sorties in support of the D-Day landings, claiming a large number of ground ‘victories’ and being shot down again over St Mere Eglise. After a period of ‘buzz bomb’ hunting, during which he shot down two, he flew in support of Operation Market Garden, spending the rest of his service on bomber escorts and sweeps over Germany. Estimated to fetch £6,000-£8,000, it sold for £17,360 to an overseas member of the trade via the internet [Lot 38].

Dix Noonan Webb confirmed that they will be donating 5% of their Buyer’s Premium to NHS Charities Together, and a total of £8,734 is being donated to the charity from the first two auctions since the lockdown due to COVID-19. The ongoing total can be seen on the homepage of DNW’s website. NHS Charities Together works with over 250 charities across the UK helping the NHS do more to look after people. For more information about NHS Charities Together and the outstanding work they do, click here to visit their website.