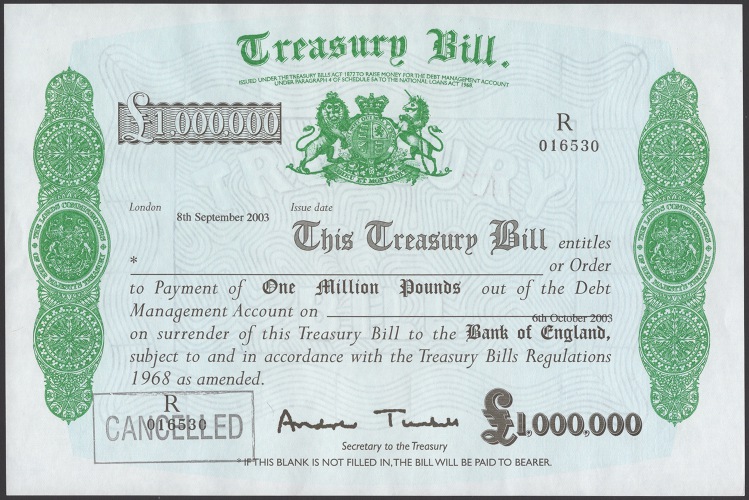 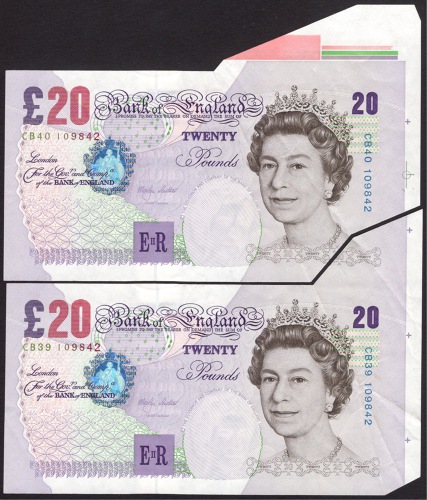 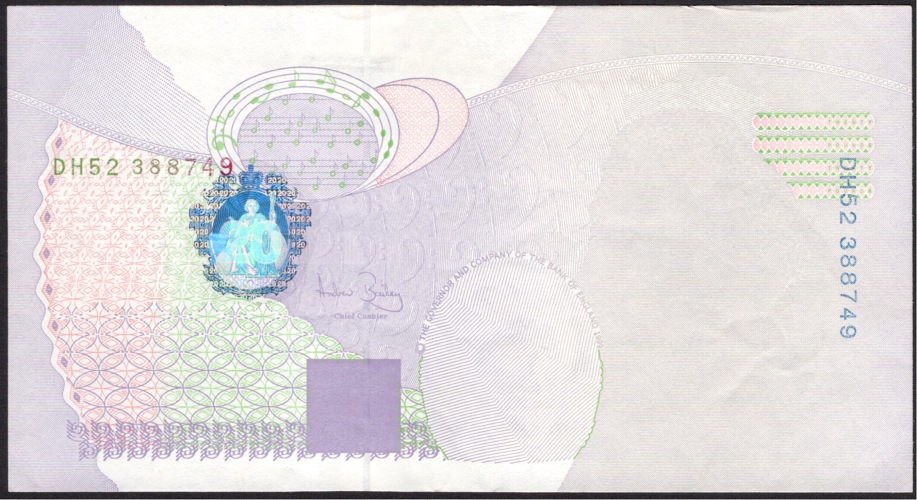 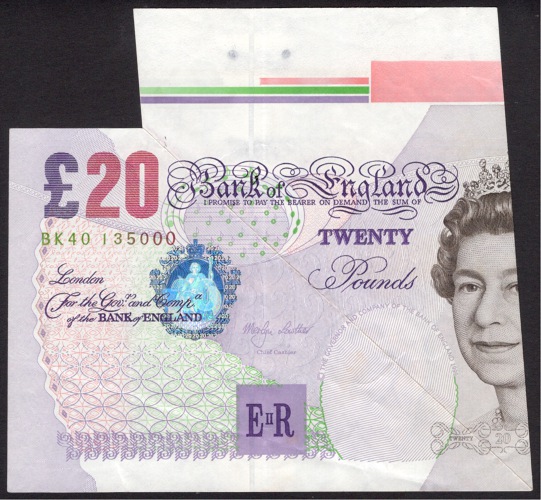 A very rare £1,000,000 Treasury Bill dating from September 2003 that was never issued will be offered for sale in an online/ live auction of British, Irish and World Banknotes at Dix Noonan Webb, the international coins, medals, banknotes and jewellery specialists, on Wednesday, June 24, 2020 on their website www.DNW.co.uk. This is one of the last bills to be produced, it is on fully watermarked paper, bearing the signature of Andrew Turnbull and is stamped cancelled. It is estimated to fetch £5,000-7,000.

As Andrew Pattison Head of Department, Banknotes at Dix Noonan Webb, explains: “Until just over a decade ago notes such as these two were issued every week in the City under a secretive system which enabled the British Government to manage its short term borrowing policy and make sure that sufficient funds were always available to meet any net daily cash shortfall. Financial institutions tendered for Treasury Bills every Friday, specifying that they wanted the Bills on a particular day the following week. The Bills could have maturities of one month, three months, six months or a year (although no 12 months tenders were actually issued). The


financial institutions bought them discounted for less than their face value, lending the money to the Government until the maturity date. They were then able to claim the full amount of the Bills from the Bank of England, so making a profit.

He continues: “The Bills were often traded on to other financial institutions so the Bank did not know who held them. Bills were collected from the Bank of England by messengers on the day specified by the financial institutions and could be cashed in by whoever was physically in possession of them. It was this prospect that led to John Goddard, a 58 year-old messenger with the money brokers Sheppards, being mugged at knifepoint in a quiet side street in the City on 2 May 1990. The robber got away with 301 Treasury Bills and certificates of deposit, worth a total of £292 million. It remains Britain’s biggest robbery, far exceeding the £53 million taken in the UK’s largest cash heist at a Securitas depot in Kent in 2006.

The City of London Police and the FBI infiltrated the gang involved in laundering the Bills and eventually recovered all but two of them. One man was jailed for his part in the crime but Patrick Thomas, the petty criminal from south London who was believed to have carried out the mugging, was found dead from a gunshot wound to the head before he could be charged. What was extraordinary was that Britain’s biggest and the world’s second largest robbery was carried out by a low-level thief brandishing a knife in a London back street. Only the $1 billion theft from the Central Bank of Iraq by one of Saddam Hussein’s sons in 2003 has exceeded it!

He finishes by saying: “Today the system run by the Debt Management Office, an Executive Agency of the Treasury, is still in place but is computerised and no longer physically prints Treasury Bills. The last Bills were produced in September 2003, just like this example.  When the move was made to electronic transfer methods, any remaining bills were cancelled and several were given away as leaving gifts when staff returned or left the company.  This accounts for the few that are now on the market, although they remain very rare.”

Also in the sale is a wonderful single owner collection of Banknotes with errors! Comprising more than 30 examples of British Banknotes dating from the 1950s to the 1980s that either have part of the Queen’s face missing, folds, mismatched serial numbers, missing serial numbers, ink errors etc…. carry estimates ranging from £80 to £500.


As Mr Pattison observes: “It is pretty difficult to find so many different ones, so this single owner collection represents quite a time investment. Some of the errors are spectacular.  In most cases, they were simply missed by the Bank of England quality control after printing and sent to distribution centres and banks as normal.  Often, bank tellers kept them (paying face value for the note), or they were put into cash machines and kept by members of the public.  Had they been found before they left the factory, they would have been destroyed for sure and we know from talking to several people who used to work for the printing works that in some cases, tens of thousands of notes would have shot through the press before anyone noticed they were faulty.  Thankfully (although sadly from our point of view), the modern methods of printing on polymer have eliminated all accidents and not a single genuine error has been observed on the new £5, £10 and £20 notes!”

NEXT SALE: AUCTION OF BRITISH, IRISH & WORLD BANKNOTES - JUNE 24, 2020
Public viewing is held two days before the sale between 10am – 5pm and free online bidding is available is www.dnw.co.uk.
For more information, please call 020 7016 1700