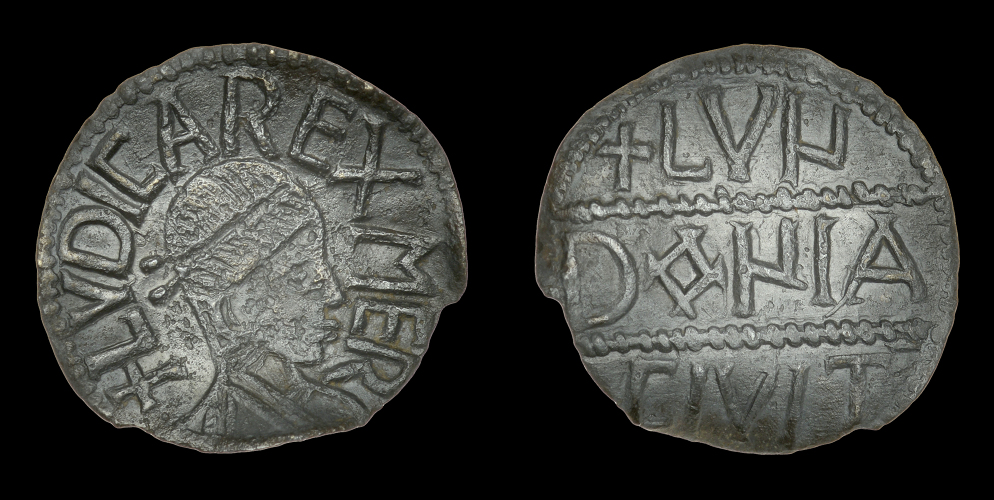 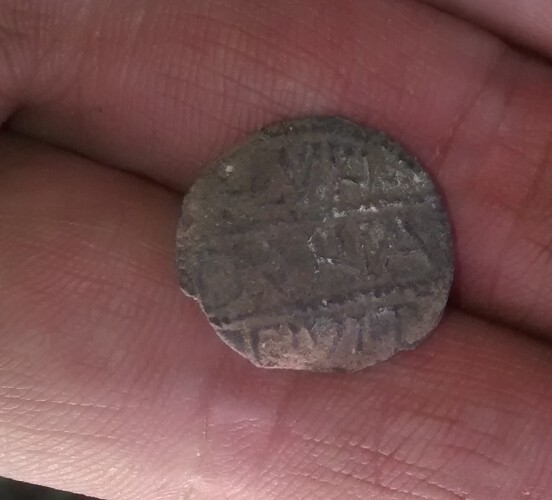 A Silver penny of Ludica, a virtually unknown Saxon king of Mercia has been discovered by Andy Hall, while metal detecting in Wiltshire. Dix Noonan Webb, the international coins, medals, banknotes and jewellery specialists will offer the coin in a sale of Coins, Tokens and Historical Medals on Tuesday, March 10, 2020 at 10am at their auction rooms in central Mayfair - 16 Bolton St, London, W1J 8BQ. It is estimated to fetch £10,000-15,000.

The coin has on the obverse a diademed bust of Ludica facing right with the legend LUDICA REX MER, while the reverse features the inscription LUN/DONIA/CIVIT in three lines. Ludica reigned for just over a year in 826-7 AD.

Found at Coombe Bissett, in Wiltshire in January 2016 during a one off organised visit on farmland, the coin was buried 3-4 inches deep in a rotted down stubble field using an XP Deus metal detector. When found it was in a ball of thick mud. Andy, who is now 55years-old and had been detecting for two years when he found the coin, saw that it was a Saxon Silver penny and took it home before carefully removing the mud. After researching online, he sent details to the Fitzwilliam Museum in Cambridge where new discoveries of early Medieval coins are registered.

Initially the coins authenticity was questioned because it was unique and so historically significant. Andy then spent the next three years having the coin examined by experts and then paid for metallurgical analysis before it was declared genuine. Andy says it became his mission to have the historical importance of the coin recorded.

It has now been published in the British Numismatic Journal 2019 and confirmed as an important addition to our understanding of the status of London in the Mercian Kingdom.

As Nigel Mills, Antiquities Expert at Dix Noonan Webb, explains “Ludica is first recorded as an Ealdorman in 824 AD under the Mercian king Beornwulf. An Ealdorman was a title of high status comprising administrator, judge and military commander with authority independent of the King. Beornwulf was defeated by the Wessex king Ecgberht at the battle of Ellandun in 825 AD and it was believed that he then took control of South Eastern England. This coin shows that Mercia still retained London or Lundenwic as it was called in 826 AD and that it did not fall under Ecgberhts control until after Ludica was killed fighting the East Angles in 827 AD.”

He continues: “The coin has a right facing bust of unique style compared to the other existing nine specimens of Ludica, and has the remarkable reverse inscription of LUNDONIA CIVIT (City of London). All the other examples have just the moneyers name and are believed to have been struck in East Anglia.”

Public viewing is held two days before the sale between 10am – 5pm
and free online bidding is available is
www.dnw.co.uk.
For more information, please call 020 7016 1700