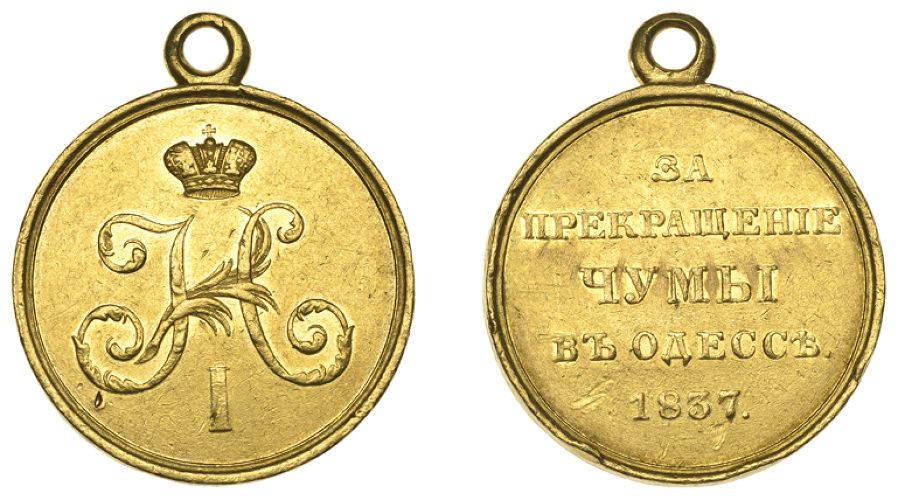 An extremely fine and rare silver medal from the reign of Catherine the Great (1762-96), dating from 1771 sold for £19,840* in Dix Noonan Webb’s inaugural auction of Russian Coins and Historical Medals on Tuesday, September 17, 2019 at their auction rooms in central Mayfair - 16 Bolton St, London, W1J 8BQ.

Made by G.C. and J.G. Waechter, on one side of the medal was an effigy of Count Grigory Grigorievich Orlov
, who was the Empress’ principal lover and led the coup which overthrew Catherine's husband Peter III and installed Catherine as Empress. The other side showed Orlov on horseback with a view of Moscow in the background. It was estimated at £9,000-£12,000 [Lot 558]. This medal was part of a Collection of 82 Russian Historical Medals that had been the Property of a Gentleman, which had been collected in the 1960s and 70s and made a combined total of £172,093.

Tim Wilkes, Specialist in Charge, Coin Department, Dix Noonan Webb, commented: “We were very pleased with the Russian sale, which went very well, especially the medals. Nearly all the lots in this sale sold in the room to Russian buyers; very little sold to the commission or internet. The majority of the buyers were known to us and were not London-based, mostly from Russia.  They had travelled over for the sale, and possibly also for Coinex next week.”

He continued: “The high prices were largely due to two factors.  Firstly, many of the medals were in exceptionally good condition, and condition is ever more important nowadays.  Secondly, the buyers were attracted by the fact that this was an old collection and most of these medals had not been on the market for several decades.”

Other notable highlights in the sale was a gold medal that was awarded to servicemen and civil officials who fought the plague epidemic in Odessa, dating from 1837, that sold for £19,840, almost five times its pre-sale estimate of £3,000-4,000. 344 of these medals were struck in gold and 117 in silver [Lot 634].