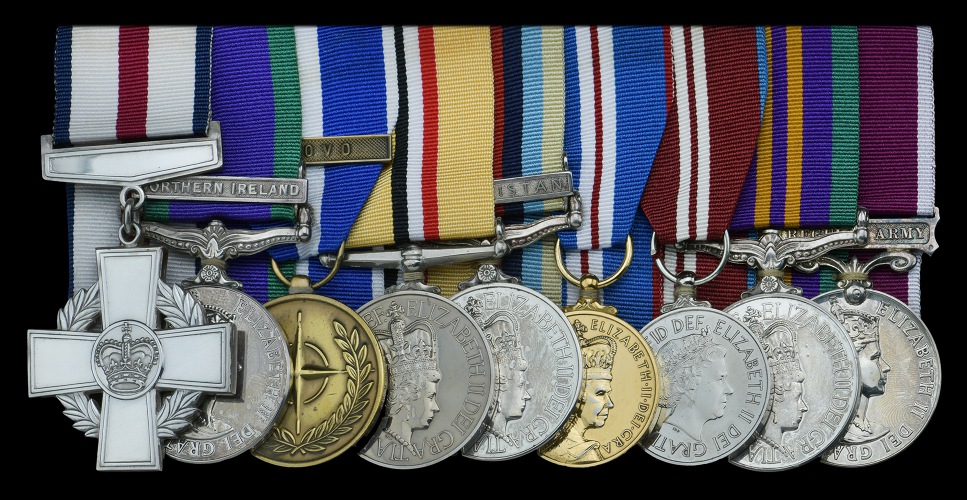 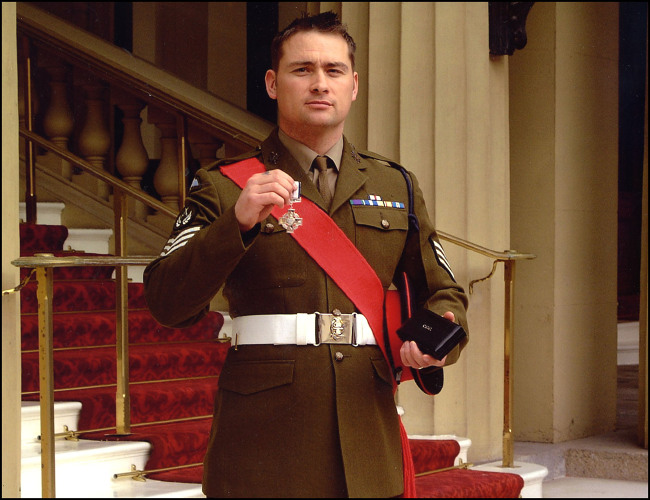 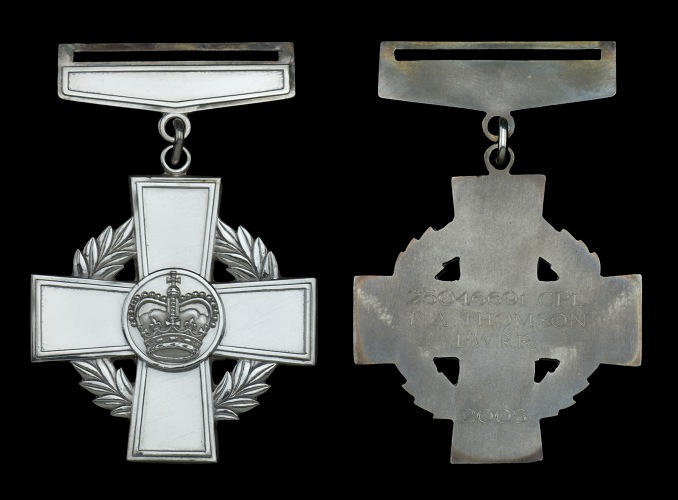 Just over 15 years ago, on 9th August 2004, Warrant Officer Class 1 Terrence ‘Tommo’ Thomson, 1st Battalion, Princess of Wales’s Royal Regiment was commanding a Warrior AFV (armoured fighting vehicle) as part of a Quick Reaction Force extraction in central Basra City. His mission was to rescue eight stranded soldiers from a hostile and worsening situation in ‘downtown’ Basra - Thomson and his crew found themselves isolated and under constant heavy RPG and machine gun fire as they tried to locate and extract a small group of Artillery men, who were themselves surrounded by hundreds of armed local militia.

Thomson’s Warrior was hit by an RPG from close range early during the contact, and as such the communications system failed. The only means of communication available to Thomson were hand-signals which meant continuously exposing himself to direct fire from the militia whilst engaging the enemy, fighting his vehicle, and communicating with another Warrior vehicle in the immediate area. Believing the stranded soldiers to be ‘holed-up’ in the Old Ba’ath Party Headquarters - a complex within a perimeter with minimal entrances and exits and dominated by high buildings - he ‘focused only on rescuing the stranded soldiers, and now acting as a single vehicle, Corporal Thomson manoeuvred and fought his way into the compound, continually being engaged by small arms and RPG fire. He saw that there were enemy positions within the compound, some of whom were engaging his vehicle. His turret jammed, restricting his ability to return fire. With no thought for his own safety, and realising he was the only person able to fight back whilst his gunner rectified the turret problem, he stood fully exposed to the enemy, engaging individual gunmen with his personal weapon. On realising the stranded troops were not within the compound, he had to exit the compound close to an enemy position within a fortified sangar. As the vehicle approached the position Corporal Thomson fired his personal weapon into it and posted two grenades, destroying the position and the three gunmen within, thus guaranteeing his exit from the compound.

At this point in the battle the stranded soldiers had been rescued by another Warrior. Corporal Thomson married up his vehicle with the platoon commander and was able to extract, fighting his way out of the killing area, still using hand-signals and fighting as an individual from his turret.’

For this extraordinary bravery, he was awarded the superb ‘Iraq 2004’ Conspicuous Gallantry Cross group of nine, which will be offered by
Dix Noonan Webb in their auction of Orders, Decorations, Medals and Militaria on Wednesday, September 25 and Thursday, September 26, 2019 at their auction rooms in central Mayfair (16 Bolton St, London, W1J 8BQ). It is estimated to fetch £100,000-£120,000.

Mark Quayle, Specialist and Associate Director at Dix Noonan Webb explains: “Second only to the Victoria Cross, the C.G.C. is a scarce and prestigious award which we are very fortunate to be selling on behalf of Warrant Officer Thomson. Such awards are rare to the market, and I am sure that this, combined with the recipient’s outstanding and gallant career, will lead to a strong price on the day of the sale.”

Terrence Thomson was born in Rustington, near Littlehampton, West Sussex, and joined the Army aged 18 in 1995. Despite his heroics being obvious to others, the award of his Conspicuous Gallantry Cross came as a shock to him. He said afterwards: “The medal was a big surprise. I know lots of people who've done what I would say were braver things.”

He is selling the medals: “To insure the future welfare of my family, now that I have left the army.”