A FINE ARMY GOLD MEDAL FOR THE PENINSULA WAR SELLS FOR MORE THAN £30,000 AT DIX NOONAN WEBB 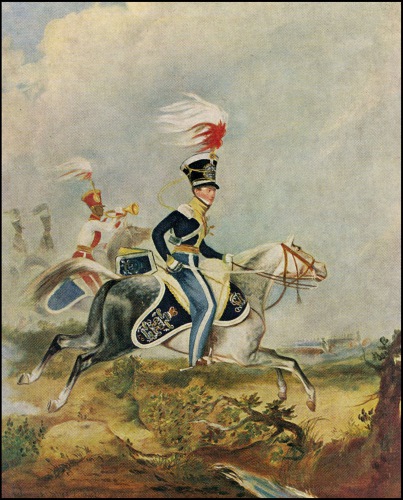 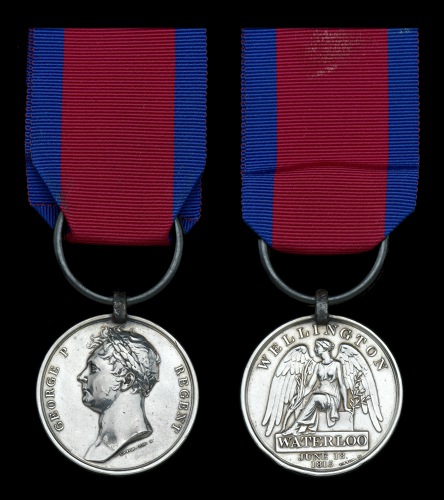 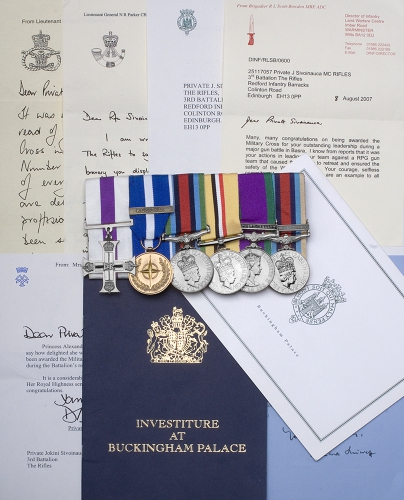 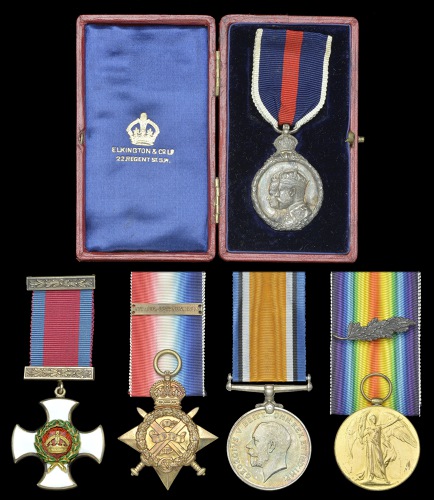 The fine Army Gold Medal to Lieutenant-Colonel James Hugonin, 4th Dragoons, a distinguished officer who led the 4th’s left squadron in Le Marchant’s brilliant charge of the Heavy Brigade at Salamanca; by far the most important British cavalry action of the Peninsula war sold for £31,200 today (Thursday, July 18, 2019) at Dix Noonan Webb, the international coins, medals, banknotes and jewellery specialists in their 2-day auction of Orders, Decorations, Medals and Militaria at their auction rooms in central Mayfair (16 Bolton St, London, W1J 8BQ). Estimated at £20,000-26,000, this was the highest price in the sale which comprised 1575 lots. After being contested on the phone and the internet, the gold medal was purchased by a private collector.

Hugonin was an interesting character who commanded his Regiment at the battle of Toulouse and was the youngest of three generations of Hugonins who successively became the Commanding Officer of the 4th Dragoons. The record of service of the Hugonin family is probably unique in the British army. Three generations of Hugonins, James, Francis and James John, successively commanded the Fourth Dragoons, giving the regiment 89 years of continuous service, from 1747 to 1836; their total service amounting to a 135 years [lot 909].

A medal from The Robin Scott-Smith Collection of Medals to Casualties achieved the second highest price in the sale, when it sold for more than double its pre-sale low estimate. The important Waterloo Medal awarded to Captain William Buckley, 3rd Battalion, 1st Foot (Royal Scots), who was severely wounded at the storming of the breach at St Sebastian in July 1813, was again slightly wounded at the sortie from Bayonne in April 1814, and was killed in action at Quatre Bras on 16 July 1815, the most senior ranking fatality in his regiment at Waterloo, sold for £26,400 against an estimate of £10,000-15,000. It was purchased by a private collector [lot 204].

Also of note was the superb ‘Iraq 2007’ M.C. group of six awarded to Corporal Jokini ‘Sivo’ Sivoinauca, 3rd Battalion The Rifles, formerly Light Infantry, a specialist sniper, who, though wounded himself, shot three insurgents armed with rocket propelled grenades who were attacking a Warrior Armoured Vehicle, which sold for £24,000 against an estimate of £12,000-15,000. Sivoinauca was a native Fijian and was the first Rifleman of the newly formed Rifles Regiment to be awarded a Military Cross. The medal was bought by a private collector [lot 45].

Elsewhere, a family group of medals including the important and poignant Great War B.E.F. 1914 operations D.S.O. group of five awarded to Captain Hon. Julian H. F. Grenfell, 1st Royal Dragoons, the noted war poet whose “Into Battle” received critical acclaim on being published by The Times on his death from wounds in May 1915 and became one of the most anthologized poems of the century - ‘Brother, brother, if this be the last song you shall sing, sing well, for you may not sing another; Brother, sing’. The group fetched £18,000 and also included medals presented to his younger brother and sister [lot 10].

Another interesting collection in the sale was 56 lots of medals relating to the Boxer Rebellion of 1900. The highest price among this collection was the rare Defence of Legations pair awarded to Able Seaman A. Peel, Royal Naval Volunteer Reserve, formerly valet to Mr. T.B. Clarke-Thornhill, Secretary at the British Legation in Pekin, which also realised £18,000 against an estimate of £7,000-9,000 [lot 853].