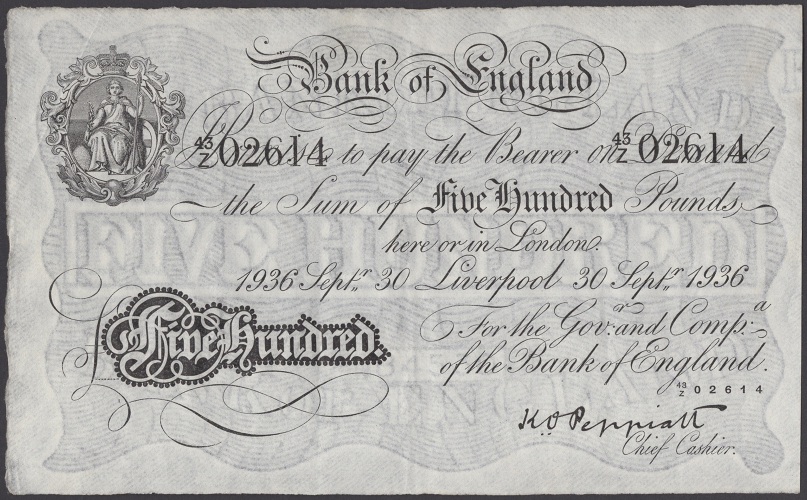 An extremely rare £500 Bank of England note that was issued in Liverpool in 1936 was sold for £12,000 in the inaugural auction of British and Irish Banknotes at Dix Noonan Webb, the international coins, medals, banknotes and jewellery specialists on Thursday, March 28, 2019 at their auction rooms in central Mayfair (16 Bolton St, London, W1J 8BQ).

Andrew Pattison
Head of Department, Banknotes at Dix Noonan Webb, noted: “This first dedicated sale of British and Irish material at DNW achieved an excellent overall result of over £360,000 (including Buyers Premium).  Bank of England material from all eras and at all price levels was extremely strong, with several notes hitting the £10,000 mark.  Early Irish notes are enjoying something of a renaissance as well, with stronger than average prices achieved for many of the rare and more common items alike.  The first part of the Sir David Kirch Collection of Jersey also achieved some excellent prices, particularly for the rare or unique early material dating back to the early 1800s.”