THE UNIQUE CONSPICUOUS GALLANTRY MEDAL AWARDED FOR THE ATTACK ON THE TIRPITZ SELLS FOR £84,000 IN DIX NOONAN WEBB’S FEBRUARY SALE 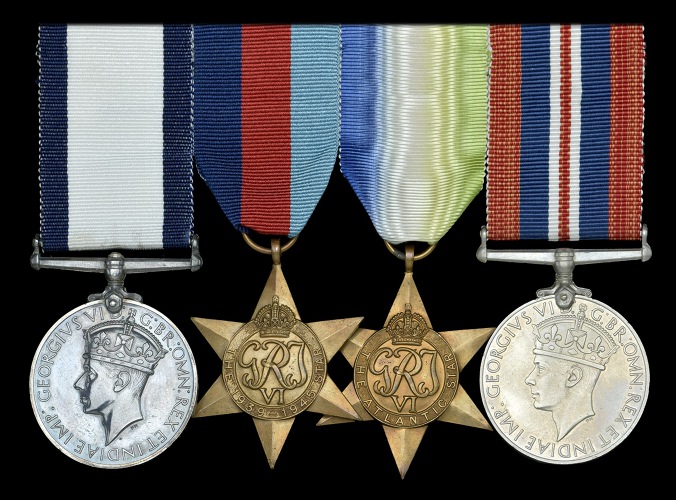 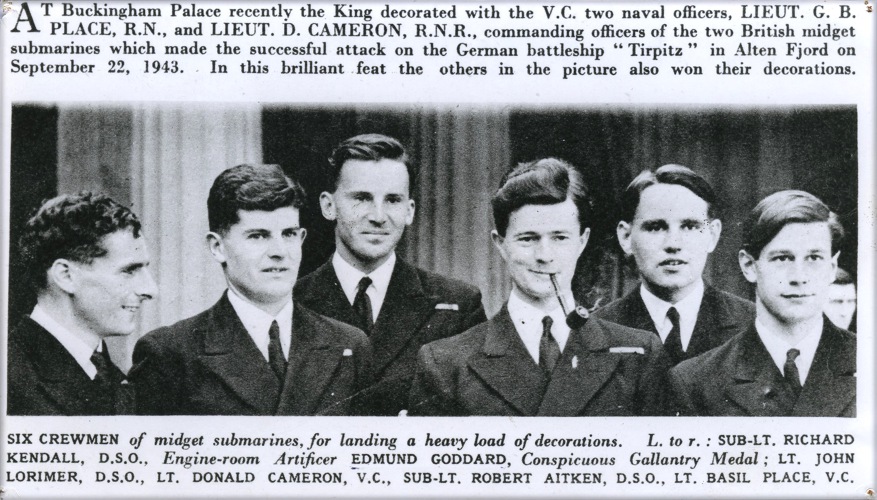 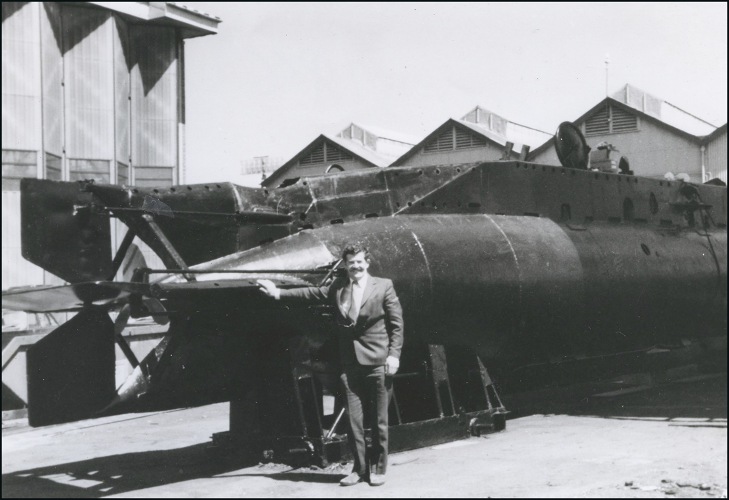 The unique Conspicuous Gallantry Medal (CGM) for the attack on the Tirpitz sold for £84,000 at Dix Noonan Webb, the international coins, medals, banknotes and jewellery specialists in their auction of Orders, Decorations, Medals and Militaria on Wednesday, February 27 and Thursday, February 28, 2019 at their auction rooms in central Mayfair (16 Bolton St, London, W1J 8BQ). It was awarded to Edmund ‘Eddie’ Goddard and was estimated to fetch £40,000-50,000.


Edmund ‘Eddie’ Goddard was just 20 years old when he joined the Royal Navy in 1941 and little did he know that he would be involved in one of the most famous attacks of the Second World War – the momentous attack on the Tirpitz, which took place 75 years ago this year.

Nimrod Dix (Deputy Chairman of Dix Noonan Webb and Director of the Medal Dept) commented: “We were delighted to be offering this prestigious group of medals awarded to Edmund Goddard, for his heroics as helmsman of the Midget Submarine X6 during her attack on the Tirpitz. This was the only CGM awarded for the attack on the Tirpitz, and one of only two ever awarded for X-craft (Midget Submarines). It was bought by a private collector for £84,000 – which was double the pre-sale estimate - reflecting its rarity and importance.”

Also in the sale was the highly important Great War ‘Airships’ A.F.C. (Air Force Cross) group of ten which had been awarded to Air Chief Marshal The Honourable Sir Ralph ‘Cocky’ Cochrane, [G.B.E., K.C.B.] Royal Naval Air Service and Royal Air Force and sold for £20,400. Cochrane had worked with Barnes Wallis during the Great War, flying his experimental airships and testing the world’s first airship mooring mast, which Wallis had designed. He later became first Chief of Air Staff of the Royal New Zealand Air Force in April 1937 and then AOC (Air Officer Commanding) No. 5 (Bomber) Group, February 1943 - February 1945. Cochrane was to preside over, and plan, some of the most important air


operations of the war. Just two days after being installed as AOC No. 5 Group, Cochrane was tasked by ‘Bomber’ Harris with the planning of Operation Chastise – the Dams Raid. Later on, Cochrane worked with Willie Tait, and together they masterminded the eventual sinking of the German battleship Tirpitz in 1944.

As Mark Quayle, Specialist and Associate Director at Dix, Noonan, Webb, commented: “We were delighted to be offering this group and were pleased that it sold to a UK Private Collector for £20,400 against the estimate of £6,000-8,000. Given the importance of Air Chief Marshall The Honourable Sir Ralph ‘Cocky’ Cochrane’s career, we knew that this particular group would appeal to all types of collectors.”

While the excessively rare Boer War C.S.C. (Conspicuous Service Cross) pair awarded to Midshipman T. F. J. Livesey-Wardle of the Royal Navy for his gallantry at the Battle of Graspan, near Belmont, on 25 November 1900 sold for £31,200 - double the estimate. Wardle’s C.S.C. was one of only 8 ever awarded. It was bought via the telephone by a private collector.

Please note that all prices quoted include 20% Buyers Premium.

NOTES TO EDITORS:
Dix Noonan Webb – a brief history
In 1991, its first year of trading, the company held three medal auctions and sold 1,200 lots for a total hammer price of £553,000. Two years later it opened a coin department which also auctions commemorative medals and tokens and in 2015 DNW added jewellery to its sales calendar. Last year it set up a standalone banknotes department and expanded into premises next door