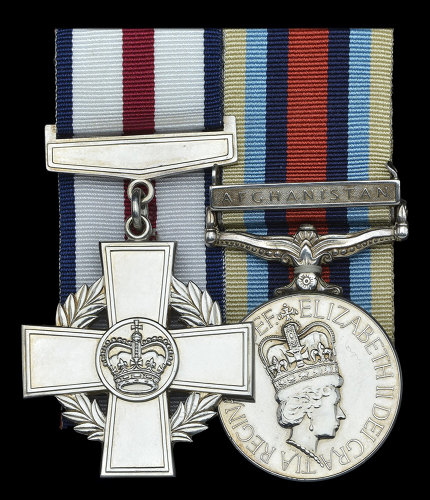 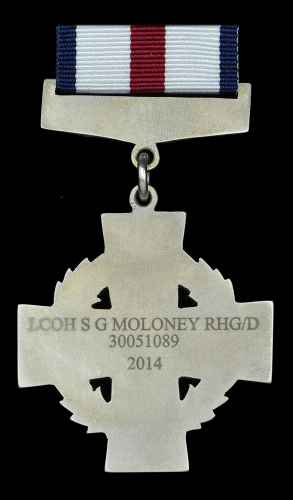 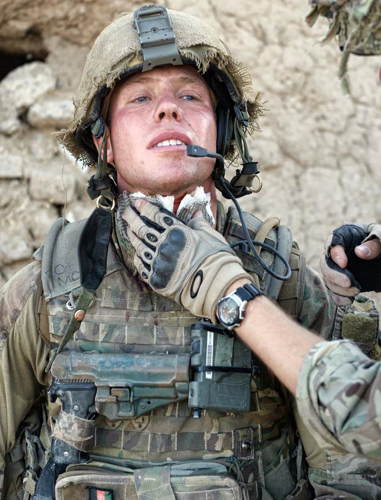 Simon Moloney being treated for his wound 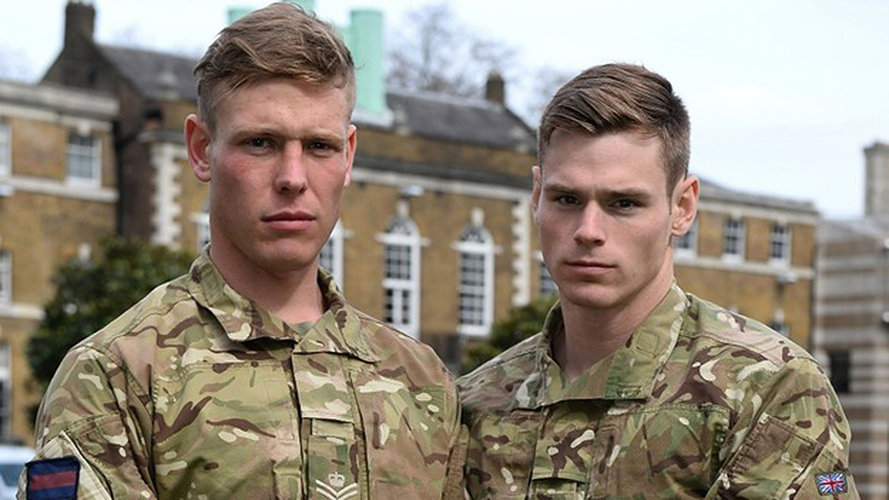 Simon Moloney (left) with Wesley Masters who saved his life

A hero of the Afghanistan war who miraculously survived being shot through the neck and fought on for 90 minutes immediately after his near-fatal wound was treated is to auction his Conspicuous Gallantry Cross (CGC) at Dix Noonan Webb, the international coins, medals and jewellery experts, in London on 9 May 2018. The CGC and Operational Service Medal with Afghanistan clasp awarded to Lance Corporal of Horse Simon Moloney, a sniper serving with the Blues and Royals, is expected to fetch up to £100,000. The CGC is Britain’s second highest award for gallantry in battle – only the Victoria Cross ranks above it.


“I am incredibly proud of my medals and what they represent,” said Simon, 27, from St Alban’s, Hertfordshire, who has now left the Army and started his own business setting up equipment for television outside broadcasts. “The money that I hope to raise by selling my medals is life changing for someone in my position and will help to set me up for the future now that I have returned to civilian life.”

Pierce Noonan, Managing Director and Chief Executive Officer at Dix Noonan Webb, said: “Simon Moloney is a quintessentially British hero who talks about his extraordinary brush with death in Afghanistan with a calm, modest detachment that fills me with admiration. The story of how he fought on for an hour and a half after receiving treatment for a wound that came within millimetres of killing him is truly inspirational.”

Moloney was serving as a sniper with the Blues and Royals, which is part of the Household Cavalry, in Afghanistan in 2013 when he won one of only 59 CGCs to be awarded since the decoration was instituted in 1993. His unit took part in a helicopter assault alongside the Afghan army deep inside a Taliban stronghold and soon came under attack. Moloney and a machine gunner were ordered to climb onto a roof and provide covering fire.

An enemy sharpshooter spotted Moloney and shot him through the neck, missing his vital arteries and voice box by millimetres. “It felt as though I had been punched,” Moloney recalled. “I was half thrown and half rolled off the roof. If I had stayed up there I would have taken more bullets.” By good luck his fall from the 8ft high rooftop was broken by a goat, which was less fortunate and did not survive the experience. Moloney then had to climb back onto the roof to retrieve the radio and call for assistance.

Moloney’s friend and comrade Wesley Masters, raced 400 metres under heavy fire to provide medical aid. He found that the Taliban bullet had parted Moloney’s trachea and carotid artery – the surgeon who later treated him said that he would struggle to make such an incision on an operating table. “You aren’t supposed to survive that sort of bullet wound and so I needed to fashion a bandage that would stop bleeding and infection but not block Simon’s airway,” said Masters. Somehow he managed it as the battle continued to rage around them. The whole incident was captured by an Army photographer attached to the unit.

Once Masters had bandaged Moloney, the latter returned to the fight for an hour and a half in temperatures in excess of 40 degrees Centigrade. He reoccupied his previous position on the roof, using his sniper’s rifle sight to identify and engage enemy positions and shouting information to his comrades despite his throat injury. He only paused when ordered to do so by Masters so that the latter could check his dressings. Eventually, against his will, he was extracted by helicopter. His gallantry saved his troop from suffering multiple casualties.

“By rights I should be dead now,” said Moloney. “At the moment I was shot there was blood pouring from my neck and I thought I had about 30 seconds to live. I was hit by a tracer round from about 400 metres, it was a decent shot. Naturally I thought I was going to die because the wound was such a serious one.”

The CGC won by Moloney was the last such award for the war in Afghanistan. Masters received the Military Cross, the third tier award after the VC and the CGC, for his gallantry in saving his friend’s life. Moloney said: “I owe him my life and have complete trust in him.” The dramatic incident received widespread press coverage because of the presence of the Army photographer.

Moloney’s CGC and Operational Service Medal are being sold with a quantity of original documentation including the recipient’s citation for the CGC, and a number of press cuttings. The lot is expected to fetch £80,000 to £100,000.