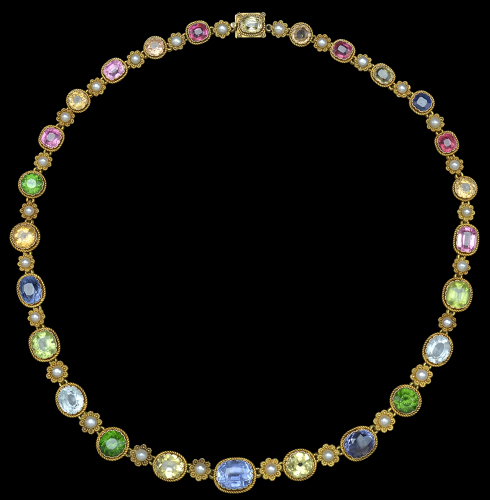 A 19th century 'harlequin' riviere necklace fetched £36,000, far above its estimate, at DNW 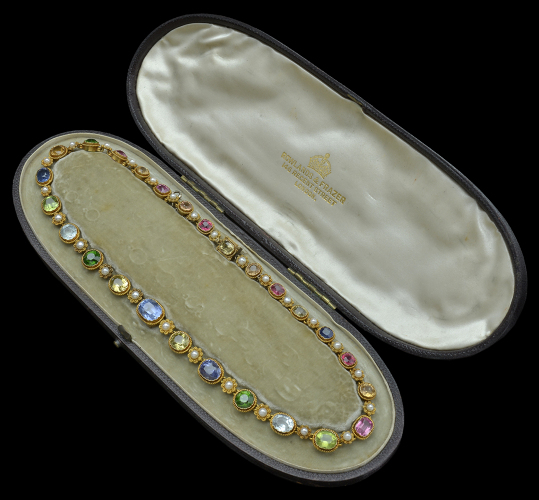 The 'harlequin' necklace in its case 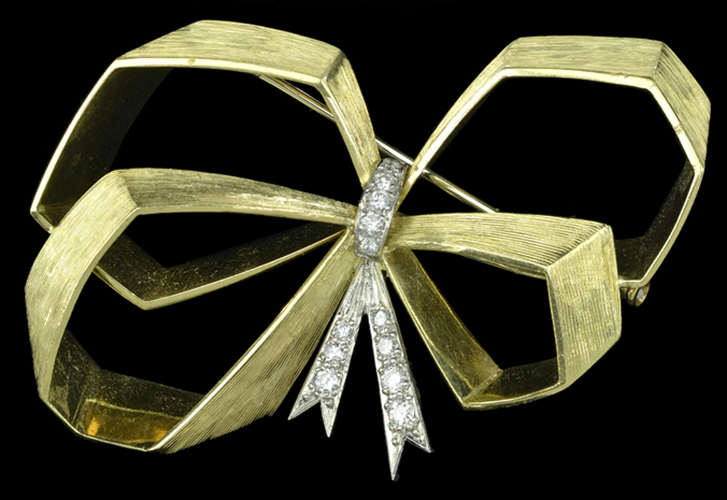 The first-ever jewellery sale at Mayfair auctioneers Dix Noonan Webb on 15 March totalled over a quarter of a million pounds, comfortably exceeding the pre-sale estimate. It was a highly successful entry into the jewellery market for the new department, which only opened in November last year. The star lot was undoubtedly a beautiful and unusual ‘harlequin’ riviere necklace, dating from the 1860s and set with many different coloured gemstones, including rare intense green demantoid garnets and highly prized pink spinels. Sourced from a private client in the West Country, the piece soared above its £15,000 to £20,000 estimate to fetch £36,000 with buyers’ commission (£30,000 hammer price).

For 20
th century jewellery, it was signed pieces that were the most sought after, with a distinctive bow brooch by Andrew Grima, estimated at £800 to £1,000, sparking a tense battle between bidders that led to a final price of £4,080 (£3,400 hammer price). A Cartier gold suite fetched the same price as the Grima brooch while a stylish buckle ring by Kutchinsky sold for £1,440 (£1,200 hammer price) against an estimate of £300 to £500. Watches also performed strongly, with a smart lady’s Rolex Oyster Datejust wristwatch and an 18 carat gold gentleman’s Rolex Oyster Perpetual wristwatch from 1949 both selling for £3,120 (£2,600 hammer price).

Overall the sale, which contained a mixture of affordable and high end jewellery, made £260,160 (£216,800 total hammer prices) and was a hugely encouraging result for Dix Noonan Webb, which has established itself as one of the world’s leading auction houses for coins, medals, tokens and paper money. The Jewellery Department is now sourcing items for its next sale in early autumn.