One of the first George Crosses expected to fetch up to £100,000 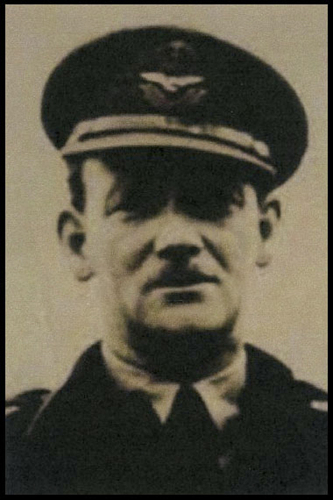 The decoration awarded to one of Britain’s first George Cross heroes who is believed to have defused more unexploded devices during the Second World War than any other man is to be auctioned by Dix Noonan Webb, the international coins and medals specialists, in London on 24 February 2016. The George Cross and medals of Wing Commander Leonard Harrison, Royal Air Force, are expected to fetch £80,000 to £100,000 at the sale of orders, decorations, medals and militaria.

Harrison earned his George Cross for a series of coolly executed bomb disposal operations in the early part of the war. The first of these was in February 1940 making it the first action for which the George Cross was awarded when it was instituted in September that year. Several other awards of the GC were published in
The London Gazette before Harrison’s was announced on 3 January 1941 but he set the high standard for the new decoration.

“Harrison displayed extraordinary calmness and determination as German bombs rained down on Britain in 1940,” said David Erskine-Hill, auctioneer at Dix Noonan Webb. “He repeatedly found himself dealing with previously unknown types of bombs and fuses which often took hours to make safe. This was cold courage of the most remarkable kind.”

The series of actions for which Harrison was awarded the George Cross began on 12 February 1940 when the merchant ship S.S. Kildare arrived in Immingham, near Grimsby, with a 250 kilo German bomb wedged half-through the main deck. Harrison and Flight Lieutenant John Dowland, who was also awarded the GC, rendered the bomb harmless despite realising that the fuse was of a previously unknown type.

But on Harrison’s own admission, his most hazardous task was on Good Friday 1940. Called by telephone from digging his garden, he made his way to Grimsby where he boarded a trawler which had a live mine lodged in its bow. Harrison spent four hours working on the mine with tools borrowed from the trawler before defusing it. Only then did he realise that the firing pin had jammed and that any attempt to meddle with the arming mechanism would have almost certainly detonated the mine.

Leonard Henry Harrison, the son of a Royal Navy recuiting officer, was born at Devonport on 6 June 1906 and educated at the local secondary school in Plymouth. He enlisted in the RAF as an Aircraft Apprentice in 1922. Having been placed on the Reserve in 1934, he was appointed as a Civilian Instructor in the RAF, carrying out valuable experimental work with bomb fuses. From 1938 he was Senior Civilian Armament Instructor at RAF Manby, Lincolnshire.

In May 1941 he was commissioned into the RAF Volunteer Reserve and from then until after the end of the war continued to carry out all kinds of bomb disposal work. This included defusing 700 tons of booby-trapped bombs in an arms dump near Brussels in 1946. Harrison and his team knew that the slightest slip would cause the detonation of the entire cache. He probably defused more unexploded devices than any other man during and after the conflict.

Harrison, who was head of the RAF’s Bomb Disposal Organisation from 1944, retired in 1949 but remained employed at the Air Ministry in a civilian capacity until 1970. He retired to Bexleyheath, Kent, was for many years the Hon Treasurer of the VC and GC Association and died in July 1989 aged 83.

The awards to be auctioned at Dix Noonan Webb consist of the George Cross, Defence and War Medals 1939-45, the General Service Medal 1918-62 with clasp Bomb and Mine Clearance 1945-49, Elizabeth II Coronation Medal 1953, Elizabeth II Silver Jubilee Medal 1977 and Royal Air Force Long Service and Good Conduct Medal. They are being sold by orders of a direct descendant of Wing Commander Harrison.