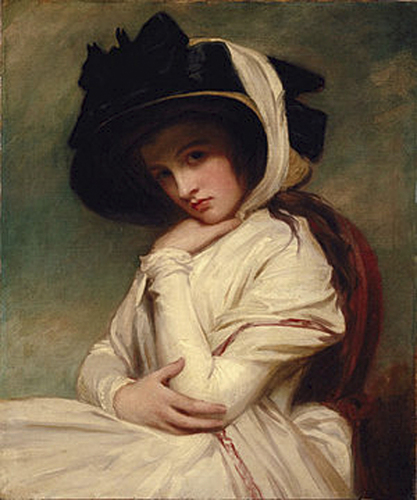 Emma Hamilton, with whom Nelson had started an affair before he wrote to his wife 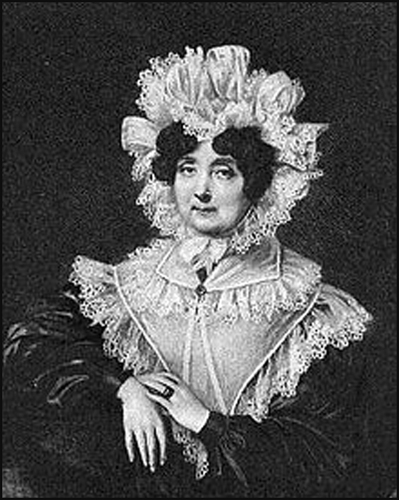 Frances, Lady Nelson, who was told not to join her husband in Sicily 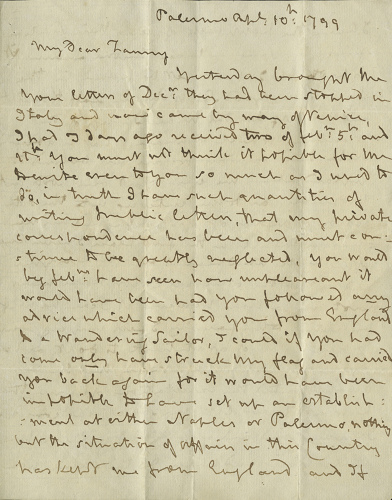 The first page of Nelson's letter to his wife 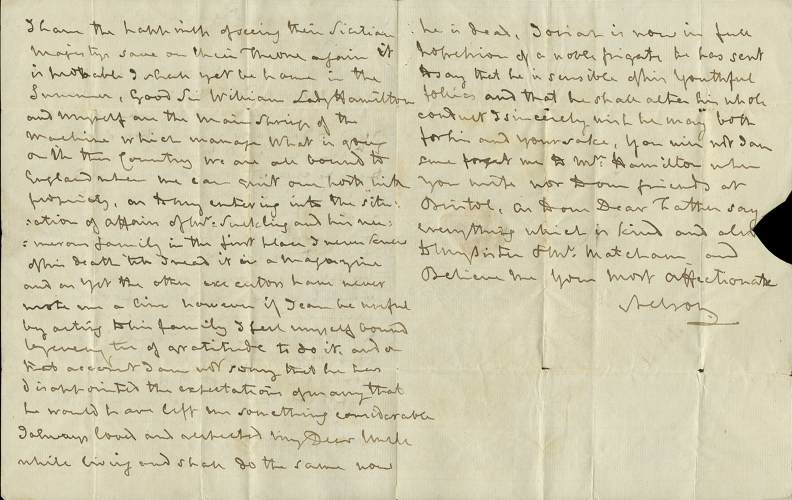 The final two sheets of Nelson's letter to Lady Nelson

Admiral Lord Nelson, Britain’s greatest naval hero, wrote to his wife Frances insisting that she should stay in England and not join him in Sicily where he was having a passionate affair with his mistress Emma Hamilton. Nelson’s firm instructions to Frances – or Fanny as he called her – are revealed in a letter to be auctioned by Dix Noonan Webb, the international specialists in naval and military history, in London on 24 November 2015. It is one of seven handwritten letters from Nelson being sold as part of the John Goddard Naval Collection which are expected to fetch a total of up to £90,000.

Nelson wrote his letter to ‘My Dear Fanny’ in Palermo, Sicily on 10 April 1799 making it abundantly clear that he was far too busy to write to his wife very often and that she should not even consider joining him. Referring to himself as “a Wandering Sailor”, which was true in every sense of the phrase, he underlined key words to reinforce his message. The letter reads:

‘You must not think it possible for me to write even to you as much as I used to, in truth I have such quantities of writing public letters, that my private correspondence has been and must continue to be greatly neglected. You would by Feby have seen how unpleasant it would have been had you followed
any advice which could have carried you from England to a Wandering Sailor, I could if you had come, only have struck my flag and carried you back again for it would have been impossible to set up an establishment at either Naples or Palermo….. Good Sir William, Lady Hamilton and myself are the mainsprings of the machine which manages what is going on in this country.’

Nelson had been welcomed to the Kingdom of Naples by the longstanding British envoy Sir William Hamilton, who was 68, and his wife of seven years Emma, who was 33, in September 1798. He shared their home until they were evacuated to Palermo with the King and Queen of Naples in December of the same year as the French advanced. A national hero after his victory at the Battle of the Nile, Nelson began an affair with Emma soon after his arrival in Naples.

“This is an important letter in respect of Nelson’s burgeoning relationship with Emma Hamilton,” says David Erskine-Hill, auctioneer at Dix Noonan Webb. “She was referred to in all Nelson’s letters to Fanny from September 1798 such that, after hearing stories about him from naval friends, she wrote to him in December 1798 saying that, unless he returned home soon, she would come and join him: this is the firm response from her ‘Wandering Sailor’. Over the coming year Nelson’s friendship with Emma became yet more intense – so, too, the infrequency of his letters home to Fanny. He finally parted from her in February 1801.”

Nelson’s passion for Emma remained undiminished until his death at the moment of his greatest victory at the Battle of Trafalgar on 21 October 1805. On 6 April 1805 he wrote to her from his flagship H.M.S. Victory “I am all all yours and only yours. I think of you for ever”. Once again he underlined the most important words.

This letter will also be offered for sale at Dix Noonan Webb as part of the collection built up by the British naval enthusiast John Goddard. The five others to be auctioned include one written with his right hand in 1794 three years before that arm was amputated, a note giving thanks to ‘Almighty God’ for his his recovery after the loss of his arm, and a letter to his agent Alexander Davison to which Emma Hamilton has added a note. The letters will be sold individually with estimates ranging from £4,000 to £5,000 up to £12,000 to £15,000.

The John Goddard Collection also includes more than 80 lots of rare naval medals, many of them dating from the Nelson era. They include the unique Naval Small Gold Medal awarded to Vice Admiral Sir William Parker, Royal Navy, for the action against the French fleet three days prior to the British victory on the Glorious First of June in 1794, which could fetch up to £50,000.