The Victoria Cross and other medals awarded to Frederick Bradley 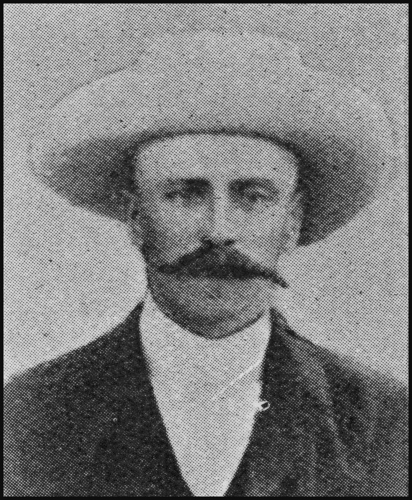 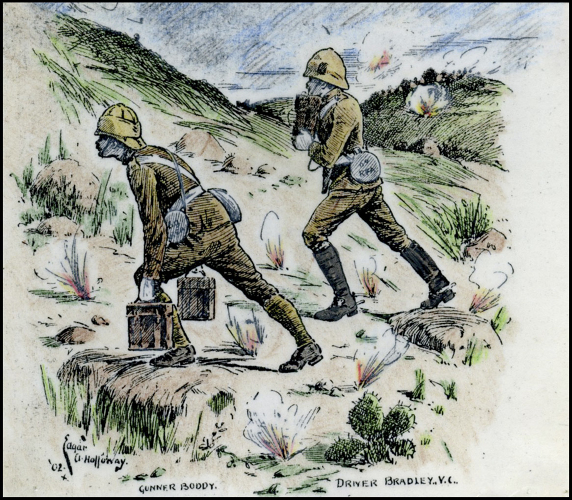 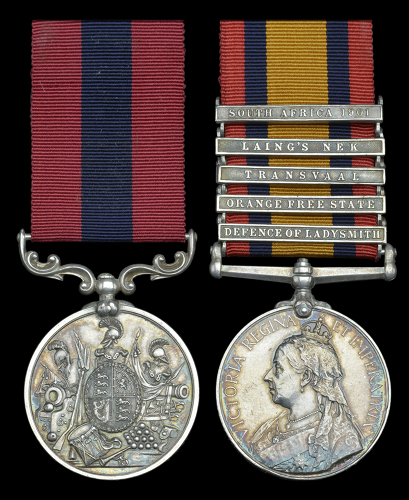 The Victoria Cross and other medals awarded to Frederick Bradley, a British artilleryman who prayed before running out across a bullet-swept slope on an apparently suicidal mission, are expected to fetch £140,000 to £180,000 at an auction at Dix Noonan Webb, the international coins and medals specialists, in London on 12 May 2015. But the religious Bradley survived unscathed having first rescued a wounded comrade and then carried ammunition to a beleaguered outpost during an action that has been dubbed the ‘Rorke’s Drift of the Boer War’.

Bradley won his Victoria Cross during the defence of Fort Itala in Natal in September 1901 when a small garrison of 300 British troops held off an attack by more than 1400 Boers. During a ferocious 17-hour long engagement the defenders fired over 70,000 rounds of ammunition and lost more than a third of their number, killed, wounded or captured.

Bradley’s VC and nine other awards received during a long military career are being sold by a private collector with a fascination for the defence of Fort Itala. Remarkably the small collection to be auctioned at Dix Noonan Webb also includes the Distinguished Conduct Medal awarded to Bombardier Alfred Boddy, who helped Bradley carry the much-needed ammunition to a British outpost. Boddy’s DCM and his campaign medal for the Boer War are estimated at £4,000 to £5,000.

The defence of Itala took place during the Boer general Louis Botha’s invasion of Natal in the autumn of 1901. Although dubbed a fort, the British garrison only had shallow trenches and low-lying stone walls to shelter behind and was outnumbered five to one by an enemy with modern weapons. The scene was vividly described by the historian M.C. Carter: “A tornado of lead enveloped the post. Bullets screamed and howled, the ground rapidly became covered with a shower of broken branches and chopped leaves, the screams and groans of stricken men and of the pathetic unprotected horses filled the air; dust and earth flew in all directions and the constant ear-shattering crash of hundreds of rifles made a sound to match all the thunderbolts of hell as the Boers tried to batter the defences to pieces with rifle fire.”

Amid this horrific scene it became necessary to get ammunition to an isolated British outpost. Two men started out with the first box but one of them was wounded. Bradley, a tiny man whose offer to go had been turned down by his commanding officer, ran out and carried the wounded man to safety. Then, after kneeling beside a bush to ask for God’s help, Bradley went out again and he and Boddy got the ammunition up the hill to the outpost. The Boers subsequently called off their attack on Fort Itala and their incursion into Natal failed. Carter later wrote: “Twice in less than 23 years, Natal was saved from invasion by the gallant stands made by two small, vastly outnumbered detachments of British soldiers; the first was at Rorke’s Drift in 1879 and the second at Itala in 1901.”

David Erskine-Hill, auctioneer at Dix Noonan Webb, said: “Bradley knew full well the risk he was taking and decided to spend a few moments in prayer before facing likely death. It is an intensely moving scene amidst an otherwise hellish one.”

Frederick Bradley was born in Shoreditch, London in September 1876 and enlisted in the Royal Field Artillery in 1894 serving during the Boer War. After taking his discharge in South Africa in 1906, he served in the Transvaal Rifles during the Zulu Rebellion of that year. He continued to serve in South African units and narrowly survived a railway collision during the campaign in German South West Africa after the outbreak of the First World War. Transferring to the British Army, he was commissioned as an officer in the Royal Field Artillery and was seriously wounded on the Western Front in November 1916.

Bradley returned to South Africa where he continued to serve in local units, finally retiring as a Major, before later running a pub in Zululand. A modest and generous man, he declined to accept the £10 annuity paid by the British Government to VC winners, insisting that the money go to the Royal Hospital Chelsea, home of the Army’s Chelsea Pensioners. He died in Gwelo, in what was then Southern Rhodesia, in 1943.