The Victoria Cross and other medals awarded to James Towers 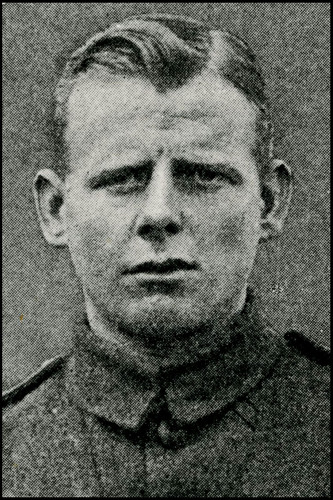 The First World War Victoria Cross awarded to Private James Towers, who in an act of cold-blooded bravery volunteered to take a message to a stranded platoon having seen five previous messengers killed, is to be auctioned by Dix Noonan Webb, the international coins and medals specialists, in London on 25 March 2015. The VC and other medals to Towers, a Lancashire man serving with the 2nd Battalion The Cameronians (Scottish Rifles), are expected to fetch £130,000 to £160,000 at the sale of Orders, Decorations, Medals and Militaria.

Towers, who came from Preston, won his VC at Mericourt in France on 6 October 1918. The Cameronians were holding a railway embankment but were ordered to retire as they came under heavy attack. However one platoon had become cut off and did not receive the order. A volunteer was called for to take a message to them but the man who stepped forward was killed as were four more who tried to get through. Despite having seen five of his comrades shot down, Towers volunteered for this apparently suicidal mission.

Helped by a natural sporting ability honed by leaping dykes and fences on his father’s farm, Towers darted from shell-hole to shell-hole and crawled through wire entanglements. On the way he came across the body of one of the previous messengers, Private Frank Dunlop, who had been one of his best friends. Leaping over an embankment he found himself within yards of a German machine gun nest but sprinted away before the startled enemy could react. Finding the lost platoon, he gave them the message and the following day led them back to the British lines. The citation for his VC reads: “His valour, determination, and utter disregard of danger were an inspiring example to all.”

Towers said later: “ I felt then that I had to go to the help of these lads. After all, they were my pals. Five men tried to get through and I was the sixth. I made a dive and got through. The worst part was that I didn’t know just where our chaps were.”

David Erskine-Hill, auctioneer at Dix Noonan Webb, says: “James Towers had watched five comrades die as they tried to get through to the lost platoon yet he still volunteered to take the message. This was cool, calculated courage from a man prepared to risk his own life to stop his fellow soldiers from being cut off. Through a combination of athletic prowess and sheer good luck he got away with it. His is a great story of gallantry and survival.”

Towers was born in Preston in 1897. At the time his father was working as a cotton loomer but later took up farming at Broughton just outside the town. Young James helped on the farm after attending Emmanuel Boys School. He enlisted in the Royal Artillery in 1915 when underage but was discovered. The following year he joined up again, this time in the 5
th Dragoon Guards, before transferring to the infantry. The young Englishman found himself serving in the ranks of the 2nd Battalion The Cameronians (Scottish Rifles), one of Scotland’s most famous regiments..

Shortly after his demobilisation in 1919 Towers was presented with his VC by George V at Buckingham Palace and he was later one of 74 holders of Britain’s highest gallantry award who formed a special Guard of Honour for the burial of the Unknown Warrior at Westminster Abbey on 11 November 1920. He attended a number of VC dinners and reviews over the following decades.

After the war he returned to his father’s dairy farm in Broughton, and later set up on his own, running a poultry farm and a milk distribution business. He never let the fact that he sometimes rubbed shoulders with Royalty at VC gatherings go to his head. After meeting the Prince of Wales, later briefly Edward VIII, at a dinner in 1929 he got the night train home. Arriving at his local station at 5am, he walked three miles home and was out on the streets of Preston delivering milk by 7.30am.

Towers died at the Royal Infirmary, Preston in January 1977 aged 79 and was survived by his wife Ethel and his married daughter Marion Castle. The Cameronians were represented at his funeral and a regimental wreath accompanied the coffin. Today a street in Preston bears his name. His medals consist of the Victoria Cross, the British War Medal, the Victory Medal, the George VI Coronation Medal and the Elizabeth II Coronation Medal. They are being sold by a private collector.