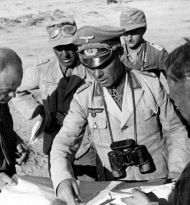 I started collecting Third Reich militaria from the age of 10 when, in 1948, a school-friend arrived with six medals from the Third Reich era. To my mind the Wehrmacht produced perhaps the most attractive array of medals and combat badges prior to and for the Second World War, enhancing their traditional medals and badges of the Great War. I also gained through my collecting a lot of Second World War ‘military knowledge’ (invaluable as a later, serving soldier) and enjoyment, as my interests in the history and background of various aspects of that dramatic period ebbed and flowed.

On returning to the United Kingdom in 1989, after ten years working in the Arabian Gulf, I sold half of my collection, following an expensive illness. Then, following an advance in age and consequent downsizing, I sold the bulk of most of my remaining collection of medals and badges at Dix Noonan Webb in May 2019. Now, over 70 years later, I have realised that I cannot take the last of my collection with me; my family will have little interest; thus I feel it is better to sell them at auction to those who, perhaps, share my enthusiasm.

With the onset of ‘reproductions’ in the 1970s, I had already begun to switch to Wehrmacht documents, those preliminary award documents on a single page, often with the badge of the award or even unit on it, plus details of the recipient and the authorising commander. These proved of greater historical value, relating as they did to specific individuals, units and events. They were also easy to store and then, not overly expensive. I am indebted to Alan Beadle, for his book on ‘
Third Reich Militaria’ and to Adrian Forman for his reference book ‘Guide To Third Reich German Documents and their values’.

Part 2 of my collection therefore comprises the cuffbands and documents of the elite of the Wehrmacht: Rommel’s (DAK) Afrika Korps; the Luftwaffe’s Fallschirmjager (Parachute Troops), including the ‘Hermann Goring’ Panzer Korps; and the Army’s Panzer spearhead ‘The Grossdeutschland Panzer Korps’. Amongst the most notable amongst these is a citation to an Artillery officer signed by Rommel and a number of award documents for the German parachute invasion of Holland in 1940 and the storming of Crete in 1941.

I have one, last, third and final Part to sell later through Dix Noonan Webb. This covers award documents primarily for the Eastern Front campaign (which I am still researching) and a mix of Naval and Luftwaffe badges and documents including a group with photos to a German Battle of Britain pilot later to serve on the Eastern Front with many of his original photographs. Throughout, I was never a ‘consistent’ and organised collector. Various collectors of my acquaintance despaired that I was attracted to examples of such a variety of items - from citations, medals and badges, to period history books, flags, helmets, and odd items with provenance or hinting a history. However, it is these very items that have formed the basis of 70-odd years of happy collecting.