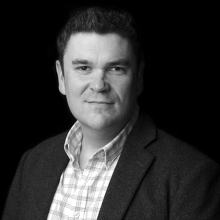 With a degree in History and Ancient History, Mark joined the medal department at Spink in 2003. He was appointed head of the department three years later. After 13 years at Spink he made the move to Dix Noonan Webb, now Noonans, in 2016.

Over the course of his career he’s been instrumental in bringing to auction many record-breaking collections and groups of medals, including no fewer than 21 Victoria Crosses. He’s also overseen a number of important private-treaty sales. Mark has a strong personal interest in honours and awards to the Royal Air Force.