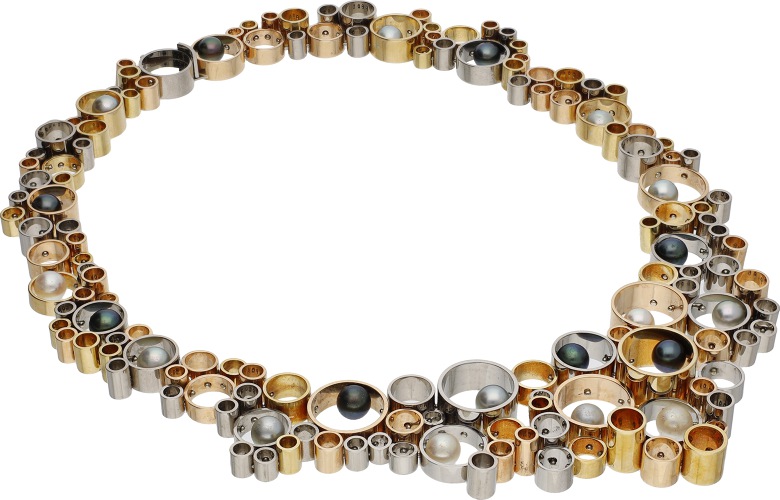 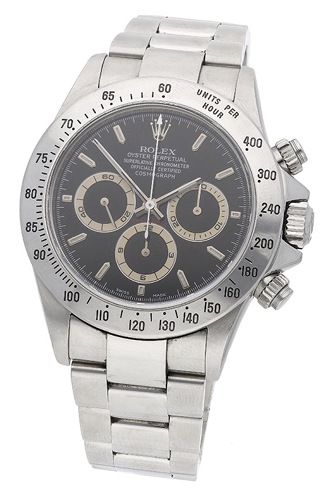 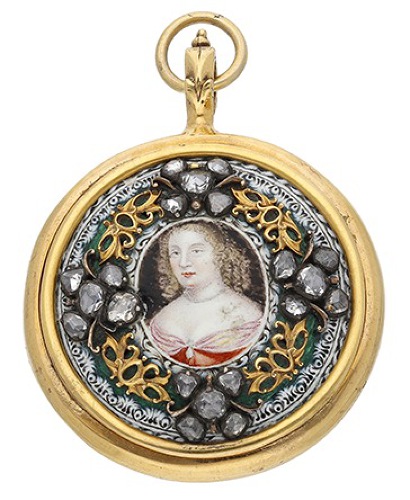 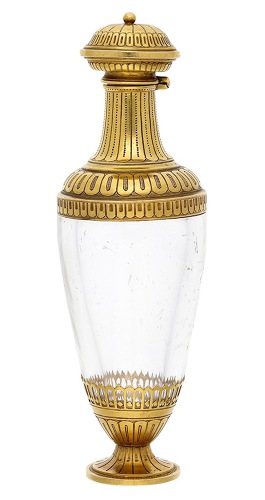 A 1970s three-colour precious metal and cultured pearl necklace by Swiss jeweller Pierre Baltensperger is one of the stand-out pieces in Dix Noonan Webb’s auction of Jewellery, Watches and Objects of Vertu on Tuesday, June 15, 2021 at 1pm. Designed with juxtaposed linked cylindrical hoops of varying sizes, the larger hoops inset with a cultured pearl of white, pink, grey, silver or black hue, the necklace is estimated at £8,000-10,000. It is in excellent condition.

A delightful
17th century enamelled portrait miniature, later mounted into a 19th century gold locket pendant mount, depicting Lady Frances Haversham, and engraved with her name to the reverse, is expected to realise £1,200-1,500.

Highlights in the Watches section include a Rolex stainless steel automatic chronograph wristwatch, Ref 16520m Zenith Daytona, dating from circa 2000, estimated at £12,000-15,000 and leads a selection of fine watches including an Omega Limited Edition stainless steel dual time wristwatch, made for the British Elite Special Boat Service (SBS) which is expected to fetch £2,000-3,000, and a range of wristwatches by Breguet, Vacheron & Constantin, Jaeger LeCoultre, Cartier, etc.