MEDAL AWARDED TO A SOLDIER KILLED AT THE GUINNESS BREWERY, DUBLIN AT THE HEIGHT OF THE EASTER RISING TO BE SOLD BY DIX NOONAN WEBB 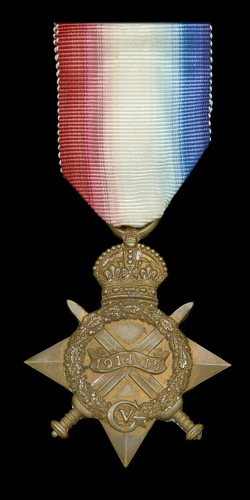 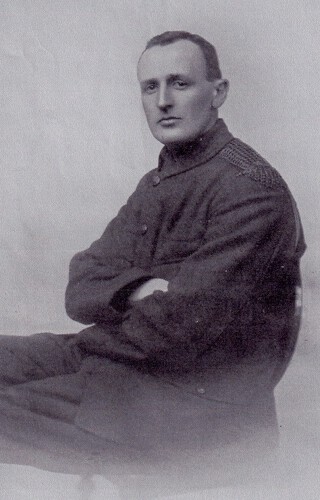 A medal awarded to Lieutenant Basil Worswick, who was killed on 29 April 1916 at the Guinness Brewery in Dublin during the height of the Easter Rising by a guard, who thought he was a Sinn Fein spy, will be offered by Dix Noonan Webb in their live/ online auction of Orders, Decorations, Medals and Militaria on Wednesday, February 17, 2021 on their website www.dnw.co.uk. The 1914-15 Star plus copied research is being sold by a private collector and is expected to fetch £400-500.

Oliver Pepys, Associate Director and Medal Auctioneer at Dix Noonan Webb commented: “This intriguing lot combines the turbulent period in Ireland’s history with one of its best-loved products, so I am sure it will attract a lot of interest!”

Worswick went with the 2nd Battalion to Ireland, following the outbreak of the Easter Rising, the Regiment was sent to Dublin to help quell the disturbance in the city. On the night of 28-29 April, a detachment of the Dublin Fusiliers was stationed at the malt house of the Guinness brewery. When the night clerk of the brewery, accompanied by Lieutenant Lucas of the King Edward’s Horse, was making his nightly round of the brewery buildings, he was challenged by the very nervous and jumpy guard of Royal Dubliners. Mistaken for Sinn Feiners trying to infiltrate the brewery premises, the guard shot both the night clerk and Lucas dead. Worswick was in the next picket along and heard the commotion. Proceeding to investigate, he arrived at the malt house at dawn on 29 April 1916, and finding that his fellow officer had been killed, his suspicions were aroused. Challenged and searched by a sergeant of the Dublin Fusiliers, he rushed at him, knocked the man down. The guard, seeing this, and believing Worswick also to be a Sinn Fein spy, killed him instantly.

The Company Quartermaster Sergeant in charge of the party of Dublin Fusiliers, Robert Flood, was subsequently court-martialled for the deaths of Lieutenants Lucas and Worswick, but was acquitted, his actions attributed to the general confusion and panic that surrounded Dublin during the Easter Rising, and the responsibility for the unfortunate deaths deemed to rest entirely upon those who engineered the revolt. He was subsequently killed in action on the Dorian front in Macedonia the following year.

Worswick was buried in the grounds of Dublin Castle; his body was exhumed in 1963 and he is now buried in Grangegorman Military cemetery, Co. Dublin. He is also commemorated on the Glasnevin Memorial.

Basil Henry Worsley Worswick was born in 1881, the son of Colonel Worsley Worswick of Normanton Hall, Hinkley, Colonel Commandant of the Leicestershire Militia, and was educated at Downside. Emigrating to farm, first in Rhodesia, and then in Canada, he returned to the U.K. just prior to the outbreak of the Great War, and served for King Edward’s Horse, a cavalry regiment of the British Army in August 1914. He served with them as a trooper during the Great War on the Western Front from May 1915, and was commissioned Second Lieutenant.