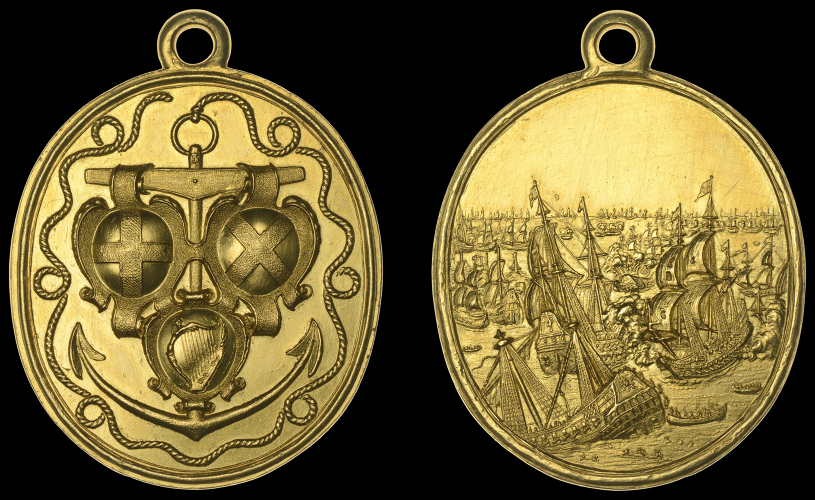 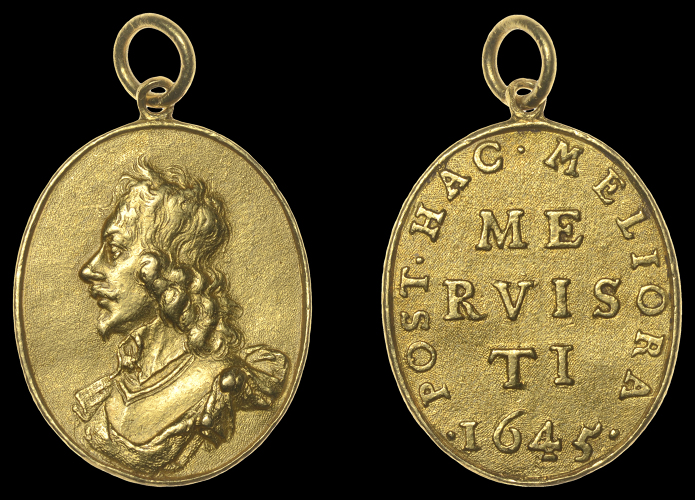 The fourth and Final Part of the North Yorkshire Moors Collection of Coins and Medals will be offered in a live/online auction by International coins, medals, banknotes and jewellery specialists Dix Noonan Webb on Thursday, January 21, 2021.

Amassed by American-born Marvin Lessen, who later moved to Scarborough in North Yorkshire. The highlight of the Collection of 200 lots is an extremely fine and rare Oliver Cromwell 50 shilling gold coin, dating from 1656 by Thomas Simon, who was Cromwell’s chief engraver. Depicting a portrait of Cromwell, this coin is estimated to fetch £100,000-150,000 and only 12 specimens are believed to exist, with most being in institutions [lot 1142].

As Peter Preston-Morley, Head of Department and Associate Director, Dix Noonan Webb, explains: “Marvin Lessen’s favourite period of numismatic study centred on the mid-17th century – the coins, medals and seals of Oliver Cromwell and the early years of Charles II. The three parts of the collection that have been sold at Dix Noonan Webb so far, have fetched just under £1million (including buyers premium), but we feel that we have kept the best to last and this sale truly reflects Mr Lessen’s fascination with the Cromwell era, and particularly the coins of Thomas Simon. ”


He continues on to say: “Marvin Lessen was born in Baltimore, Maryland in 1934. His family moved to Hazleton, Pennsylvania thence to Albany, New York, where relatives still live. Graduating from the Moore School of Electrical Engineering at the University of Pennsylvania, he spent his career in the aerospace/defense industry, working in various technical locations in Europe and North America. A collector from an early age, of coins, stamps, arms and armour, his move to Scarborough in 1962 precipitated the interest to collect British coins on a serious basis. By the time he had joined the British Numismatic Society in October 1964, and subsequently the Royal Numismatic Society and the American Numismatic Society, he was well-known to the principal London dealers and auctioneers of the day.”

An extremely rare and fine gold Naval Reward medal from 1653-4, again struck by T. Simon, decorated with the shields of England, Scotland and Ireland superimposed on anchor and surrounded by rope is estimated at £30,000-40,000. It is believed to have been awarded to Clerk of the Cheque John Clifton, on the Commonwealth warship George. ‘The Plaine Borderless Medal’, first authorised in August 1653, was awarded after the successful conclusion of the last of the three great naval battles of the First Anglo-Dutch War [lot 1181].

A gold medal of Lord Protector, circa 1655-8 by T. Simon, depicting an armoured and draped bust carries an estimate of £10,000-15,000. Only three or four of these medals are known and one is in the British Museum. In Simon’s archive there are invoices for five medals and their recipients, namely two English officers and three ambassadors. In the 17th century it was normal for a ruler to give out precious awards to diplomats in the form of such items as miniature pictures in jewelled mounts, or gold medals and chains, and Cromwell employed both methods [lot 1175].

Of considerable numismatic importance and believed to be the earliest striking from this famous die is an extremely fine undated trial Charles II piece by T. Simon, which is estimated at £4,000-5,000. Simon fell out of favour due to his political leanings – he was a puritan and it is thought that he might have died due to the plague in 1665 [lot 1219].

Among the Commonwealth Coins of 1651 is an extremely rare and fine silver Shilling by Irishman David Ramage. Once in the collection of the Duke of Devonshire, the shilling is decorated with a small shield of England and is estimated at £15,000-20,000. David Ramage was Simon’s competitor and fell out of favour with Cromwell but had the monopoly on the production of 17th trade tokens [lot 1135].