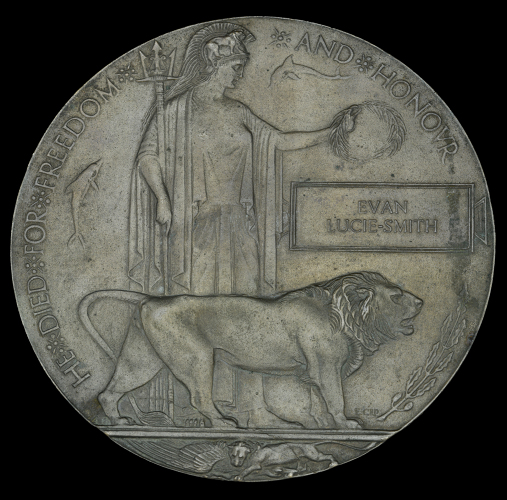 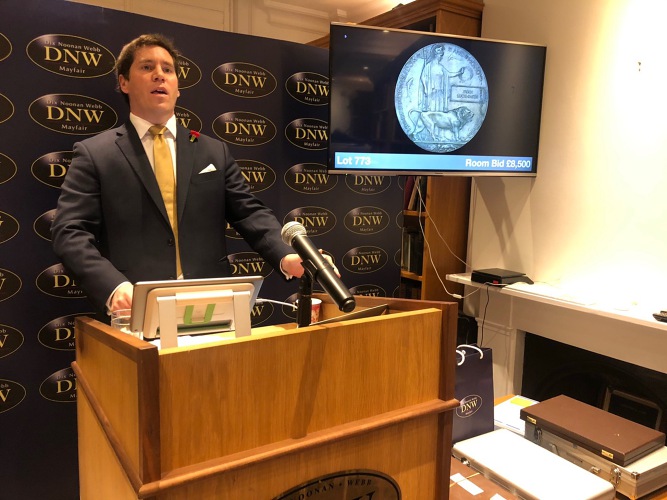 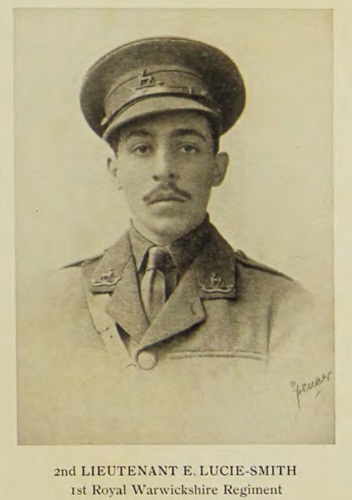 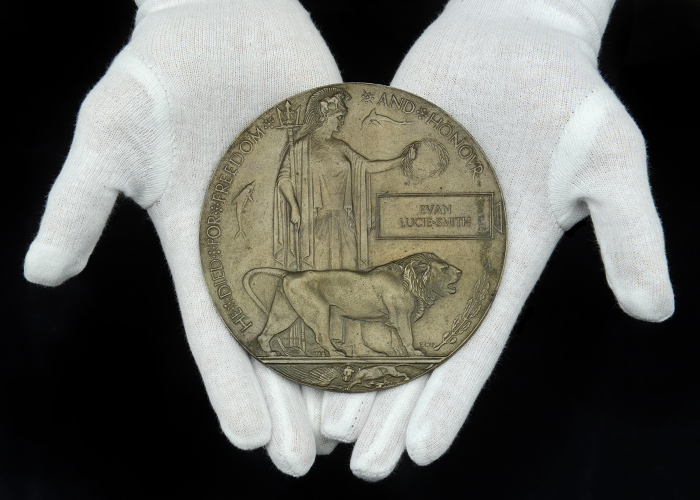 A recently discovered Great War Memorial Plaque that rewrites Black History in World War One sold for £10,540 (£8,500 hammer price) – 13 times its pre-sale estimate - at Dix Noonan Webb in auction of Orders, Decorations, Medals and Militaria today (Thursday, November 12, 2020). The plaque, which was estimated to fetch £600-800, related to Lieutenant Euan Lucie-Smith, 1st Battalion, Royal Warwickshire Regiment, who is believed to have been the first black officer commissioned into a British army regiment during the Great War and is also believed to have been the first Black officer casualty of the Great War, when he was killed in action on April 25, 1915, at the Second Battle of Ypres.

After much interest on the telephones, it was bought by
The Royal Regiment of Fusiliers Museum (Royal Warwickshire) due to substantial fundraising. Lt Col (Ret'd) John Rice, Chair of Trustees, commented: “I am absolutely thrilled that we have been able to acquire this plaque of national importance and to be able to display it in our regimental museum in Warwick for the benefit of the general public. It will help us to showcase the contribution of Commonwealth soldiers in our Regiment.”

Discovered by former Member of the European Parliament, James Carver, who is a keen collector of medals relating to West African soldiers of the Victorian and Edwardian era. He said: “The greatest wish of any medal collector or amateur historian, is to discover an item of genuine historical importance which challenges the accepted narrative. I am thrilled with the result of today’s sale, but it’s not the price that’s important to me, it’s the story of Euan


Lucie-Smith and black soldiers like him, who, despite being largely overlooked, played an important part in our military heritage. I really hope my find inspires more people to explore the role played by British serviceman, from all backgrounds, to secure the freedoms that we enjoy today, and often take for granted. I am very pleased that it has been bought by a museum and will now be seen by future generations.”

Following the sale Christopher Mellor-Hill, Head of Client Liaison (Associate Director) of Dix, Noonan, Webb noted: “This is a phenomenal result and very appropriate on the back of  Black History Month in highlighting the role of Black Soldiers from the Commonwealth who fought on The Western Front let alone in the campaigns of East & West Africa but also Mesopotamia and throughout World War One. We hope very much that this will help advance further the knowledge and respect of their role in British Military History generally and not just World War One.”

Like Walter Tull, Euan Lucie-Smith hailed from a mixed heritage background. He was born at Crossroads, St. Andrew, Jamaica, on December 14, 1889 to John Barkley Lucie-Smith, (the Postmaster of Jamaica), and Catherine “Katie” Lucie-Smith (nee Peynado Burke). His father hailed from a line of distinguished white colonial civil servants. His mother was a daughter of the distinguished “coloured” lawyer and politician Samuel Constantine Burke, who campaigned for Jamaican constitutional reform in the late 19th century through his desire for Jamaica to have greater control over her own affairs than Whitehall. His advocacy on behalf of both the black and “coloured” populations of Jamaica, helped create a reputation that even led him to later be referred to, by name, in an essay of the renowned Black activist, Marcus Garvey.

Euan Lucie-Smith was educated in England, initially at Berkhamsted School, before Eastbourne College, (His address during his Great War service is noted as Berkhamsted School). Returning to Jamaica, he was commissioned into the Jamaica Artillery Militia on November 10, 1911. He appears as a Lieutenant in a later, pre-war, Forces of the Overseas and Dominions list. Just six weeks after the outbreak of war, he was commissioned as a Second Lieutenant into the regular force of the Royal Warwickshire Regiment, appearing in the supplement to the London Gazette of November 30, 1914: “Dated September 17, 1914, The undermentioned candidates from the self-governing Dominions and Crown Colonies to be Second Lieutenants. – Euan Lucie-Smith, Royal Warwickshire Regiment....”. Believed to have been the only name on this list from the Caribbean, or East and West Africa, he appears as the first of fourteen names, giving him seniority above the other men also commissioned from Australia, Canada, India, South Africa and New Zealand. (Confirmation that he was commissioned two years and eight months before Walter Tull).

He landed in France on March 17, 1915, and, just over a month later, although initially reported as missing, he was later confirmed as being killed in action on April 25 1915, aged

25, during the Second Battle of Ypres. (Becoming a casualty two years and eleven months before Walter Tull). A statement made by a Pte. F. Jukes, at Suffolk Hall Hospital, Cheltenham, stated “Lieut. Lucie-Smith - Was told by his servant that he was killed, and had seen him dead. Shot through the head”.

He has no known grave and is commemorated on Panel 2 to 3 of the Ploegsteert Memorial, Belgium. He is also commemorated on the Berkhamsted School Memorial, the Eastbourne College Memorial and has an entry in “Jamaica in the Great War.”