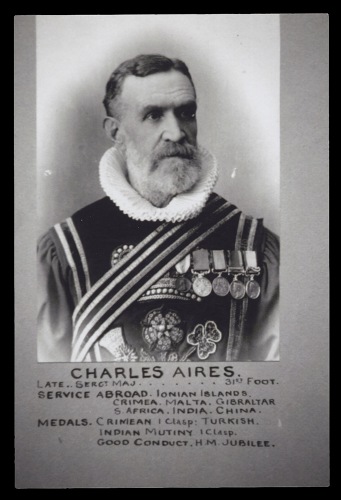 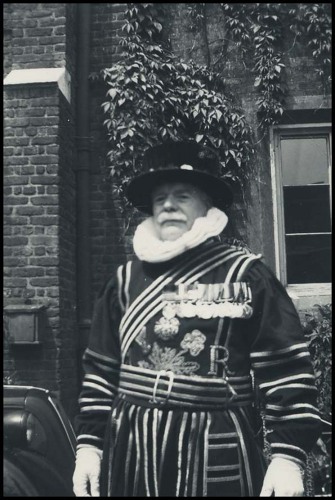 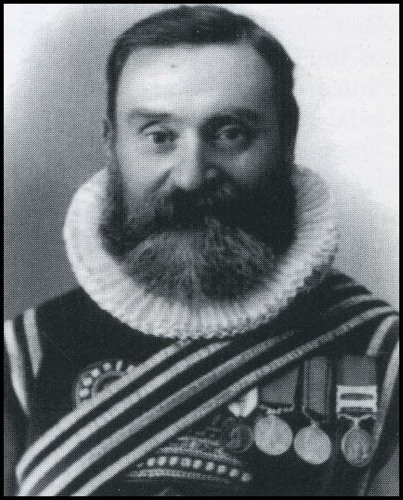 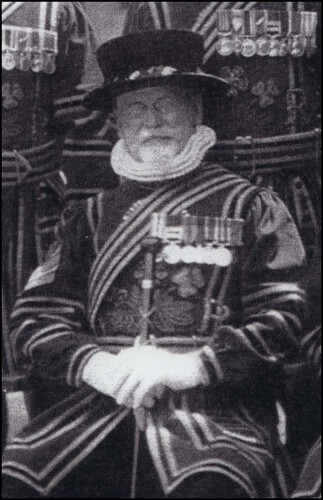 Dix Noonan Webb, the international coins, medals, banknotes and jewellery specialists will be offering a unique collection of medals relating to the Yeomen of The Guard, that was amassed over thirty years by Paul Denny, in their auction of Orders, Decorations, Medals and Militaria on Wednesday, May 8 and Thursday, May 9, 2019 at their auction rooms in central Mayfair (16 Bolton St, London, W1J 8BQ).


Lieutenant-Colonel Paul William Denny, R.V.M. (1940-2018) began collecting medals to Yeoman of the Guard in 1990, just after he was appointed a Yeoman of the Guard himself, and continued collecting up until his death in 2018.Paul Denny joined the Royal Norfolk Regiment as a boy Soldier in 1956 and was attached to the Parachute Regiment from 1961 to 1964, serving in Cyprus, before re-joining the 1st Battalion East Anglian Regiment, and seeing further service in Aden and Germany. After a spell as a Recruiting Officer in Northampton, he then served in Northern Ireland with the Recce Platoon, 1st Battalion Royal Anglian Regiment, before being appointed Company Sergeant Major of the 3rd Battalion in 1976, with whom he completed two more tours of Northern Ireland, before being appointed Regimental Quartermaster Sergeant of the Cadet training team at Bassingbourne Barracks.

He was commissioned Second Lieutenant in the Royal Regiment of Fusiliers in 1980, and then completed two further tours of Northern Ireland with the 2nd Battalion. He left the Regular Army in 1990 with the rank of Major and joined the Suffolk Cadet Force as Deputy Commandant, eventually becoming Commandant, and was promoted Lieutenant-Colonel. He became a Yeoman of The Guard in March 1990 and held this role until March 2011, receiving the Royal Victorian Medal from the Queen upon his retirement.

Paul began collecting Medals in 1956 and bought his first Medal, a Naval General Service Medal, from Spink in 1956. His main collecting themes became the Norfolk and Suffolk Regiments, and Long Service Medals. In later life he devoted his collecting interests to Yeomen of The Guard, and devoted much of his spare time to researching every Yeoman since the Guard’s formation, a task he had almost completed. His widow Sue hopes to complete the Biographical Research and publish Paul’s work in his memory.

As Oliver Pepys, the Medal Auctioneer at Dix, Noonan,Webb, commented: “Yeomen of the Guard medals rarely appear on the market, and invariably always attract keen interest when they do.”

He continues: “Taken as a whole, Paul Denny’s collection is certainly one of the finest, if not the finest, collections of medals to Yeoman of the Guard to appear at auction in the last decade. It will be the first time for a generation that some of the medals will have appeared for sale, and as a result will doubtless be keenly contested when it comes up for sale.”

He finishes by saying: “One of the joys about a collection such as this is its very wide range - typically Yeoman of the Guard are appointed after they have completed many years of service in the Regular Army, with a variety of Regiments, and so the various conflicts in which they have fought, and the range of medals they received, is exceptionally wide and varied, far more so than a typical Regimental collection (as of course not every Regiment took part on every conflict). As result, the medals in this collection will appeal to the widest possible audience, from both collectors and institutions alike.”

Among the highlights of the collection of 38 lots, many of which come with wonderful photographs of their recipient in their distinctive Yeoman of the Guard uniform include the outstanding Crimean War D.C.M. group of four awarded to Sergeant-Major John Breeze, 11th Hussars and Yeoman of the Guard, who lost his arm at the battle of Inkermann, which is estimated at £4,000-£5,000; while, also estimated at £4,000- 5,000 is the Waterloo medal awarded to Sergeant-Major Thomas Baker, Coldstream Guards, who served in Lieutenant-Colonel Macdonnell’s Company and was most probably a defender at Hougoumont. He was appointed to the Yeomen of the Guard for ‘distinguished service’ in 1823 as the very first ‘military’ member of the Guard; in this capacity he attended the funerals of King George IV and King William IV, and the coronation of Queen Victoria.

Elewhere a fine Second Afghan War group of seven to Sergeant-Major John Roughan, 9th Lancers, who was afterwards a long serving Yeoman who became Sergeant-Major of the King’s Body Guard is estimated at £2,000-£2,600, while the Army of India medal awarded to Sergeant-Major J. C. Montague, 11th Light Dragoons, later 16th Light Dragoons and Yeoman of the Guard; his likeness, painted in 1875 by Sir John Everett Millais is considered by many to be his finest portrait and now hangs in the National Portrait Gallery is estimated at £1,800-£2,200.