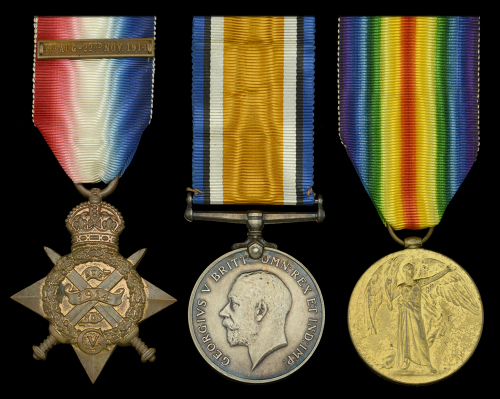 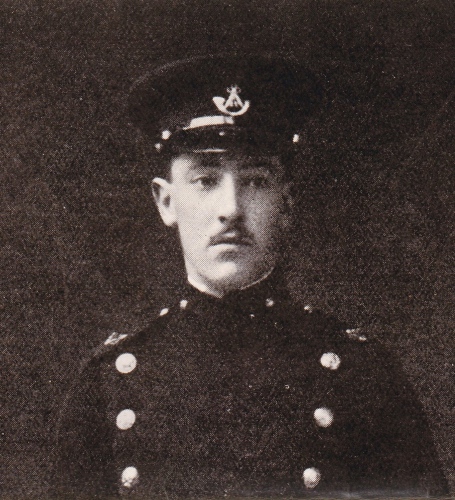 Three: Lieutenant H. Mockler-Ferryman, Oxfordshire and Buckinghamshire Light Infantry, who, having survived the Retreat from Mons, was killed by an exploding shell at the Battle of the Aisne on 16 September 1914

Hugh Mockler-Ferryman was born at Maidstone, Kent, on 3 May 1892, the son of Lieutenant-Colonel A. F. Mockler-Ferryman, Oxfordshire Light Infantry, of Tavistock, Devon, and was educated at Wellington College and the Royal Military College, Sandhurst. He was commissioned Second Lieutenant in the Oxfordshire and Buckinghamshire Light Infantry on 20 September 1911, and was promoted Lieutenant on 27 April 1914.

Mockler-Ferryman served with the 2nd Battalion during the Great War on the Western Front from the outbreak of War, and ‘took part in the retreat from Mons, the Battles of the Marne and the Aisne, and was killed in action near le Soupir, on 16 September 1914, by a shell which burst in the middle of the company, killing and wounding several officers and men. A senior officer wrote: “The whole regiment mourns the loss of one of its best and most popular officers. You would be proud if you could hear the way in which the N.C.O.’s and men speak of him”; while a Corporal in his company described him as a “thorough sportsman liked by everyone, and loved by his company”.’ (De Ruvigny Roll of Honour refers).

He is buried in La Soupir Churchyard, Aisne, France.

Sold together with several photographic images of the recipient, including a group photograph of the officers of 2nd Battalion O.B.L.I., in 1914, in which the recipient is identified; and copied research.