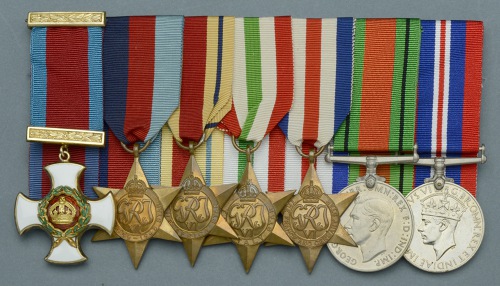 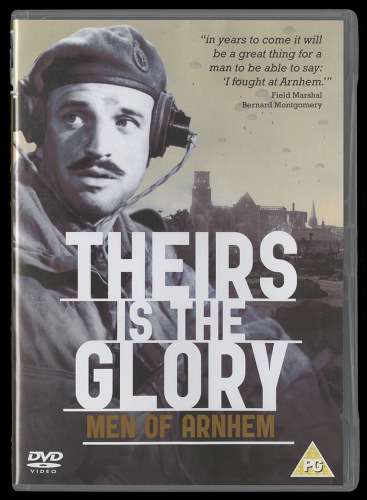 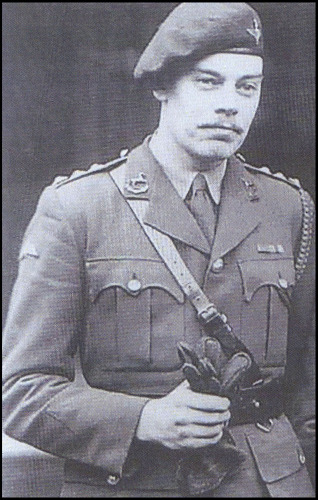 A scarce Second War ‘Operation Market Garden’ D.S.O. group of seven awarded to Lieutenant J. L. Williams, 1st Battalion, Parachute Regiment, who served as the Battalion’s Transport Officer for the operation, and having gathered a group of isolated parties and stragglers made a valiant attempt to relieve Johnnie Frost on Arnhem bridge. Repelled by overwhelming numbers and armour, Williams and his men were forced back to form part of the Oosterbeek Perimeter. It was whilst defending this position that Williams received a gunshot wound to the right shoulder, 23 September 1944. Despite his wound, he remained in action until the night withdrawal, 25/26 September 1944

From the beginning of the airborne operation at ARNHEM, 17th-25th September 1944, this officer showed magnificent resourcefulness and dash, seizing every opportunity for offensive action against the enemy. Later on 18 September it was clear that the Battalion had been split up into disorganised groups and that the chain of command had been lost.

Appreciating the position, this officer worked unceasingly all night and collected every man of the Battalion with whom contact could be made. By the morning following, he had rallied and organised a force of over 100 men. He took command and at once led them forward in a gallant attempt to reach the Arnhem bridge. This manoeuvre was brilliantly executed and much progress made, and although eventually forced to fall back in the face of tremendous opposition he kept his force intact and wrought great execution on the enemy. He continued to command this force with the greatest enthusiasm and bravery until some hours after he was wounded on September 23rd.

His superb gallantry and disregard for his own safety were an inspiration to the whole force. It was entirely due to his splendid leadership under great difficulties that the Battalion, from the time he took command, until the end, remained a solid fighting force which the enemy’s tanks, guns, mortars and infantry were never able to break.’

John Llewellyn Williams was born in Willesden, London in August 1918. He joined the Royal Artillery (T.A.) in July 1939, and was commissioned Second Lieutenant in the 2nd Battalion, King’s Regiment in April 1941. Williams advanced to Lieutenant in October 1942, and served with the Regiment in North Africa. He advanced to Temporary Captain in July 1943, and in August transferred to the 1st Battalion, Parachute Regiment, with whom he served as Battalion Transport Officer as part of the 1st Airborne Division for Operation Market Garden, 17-25 September 1944.

The Battalion dropped into the Arnhem zone on 17 September at 14:08 hours, some six minutes behind schedule. Initially the Battalion augmented the 3rd Battalion and were eventually despatched to follow the Reconnaissance Squadron on the Northern Router. They were ordered to take the ground that it was believed the German reinforcements would come. The 1st Battalion became bogged down in heavy and confusing fighting and it became impossible for them to take their objective. They were called upon to relieve Lieutenant-Colonel Frost’s command at the Arnhem Bridge. Throughout 18 September the Battalion was engaged in the struggle to relieve the troops at Arnhem Bridge.

On 19 September the Battalion received a false message that Frost’s position had fallen and Lieutenant-Colonel Dobie issued orders to try to reach the Bridge by dawn saying “we must help Johnnie Frost”. Williams was amongst those who made a desperate effort to break through:

‘Some efforts had been made to reinforce the battalions fighting further forward. Lieutenants John Williams and Bill Fraser of the 1st and 3rd Battalions, who were both liaison officers left behind in the divisional area, and Major J. S. A. Buchanan, the South Staffords Support Company commander, had all, separately, gone up to Arnhem by jeep, collecting isolated parties and stragglers from their battalions as they went.

Reports credit Williams with collecting up to fifty men of his battalion, Buchanan with sixty South Staffords, and Fraser as gathering 120 from all units of the 1st Parachute Brigade, although there may have been some overlapping in those figures. This substantial group eventually reached the area behind the main battle, but, again, there was no one there to organise their further use.’ (Arnhem 1944, The Airborne Battle by M. Middlebrook refers)

Williams led his men on a rapid advance, however, they eventually met resistance from five German battle Groups who were all from 9th Panzer Division and all assigned to defend the bridge approaches. The weight of fire that tore into the Battalion was immense and over this period the Battalion was effectively destroyed. Williams and his men were forced back to help form the Oosterbeek Perimeter:

‘It was mid-afternoon before the more organised parties from the four battalions which had been fighting in Arnhem appeared from under the railway bridge on the lower road. Lieutenant-Colonel Thompson received a report on the artillery wireless net from the forward observation officer with one of those units telling him that what was, in effect, all that remained of the 1st Parachute Brigade was retreating along the lower road... In such a way was the first substantial element of the eastern perimeter established.

Figures on the strength of this force vary, but by nightfall it consisted approximately of the following:

It was here, as the Germans closed in, that Williams received a gunshot wound to the right shoulder on 23 September 1944. Despite being wounded he remained in action, and was amongst those forced to withdraw across the river on the night of 25/26 September 1944. Williams returned to the UK, 30 September 1944, and was posted to Denmark in April 1945.

Williams embarked for the British Liberation Army, attached to the Arnhem Film Unit, 30 July 1945. He took part in the propaganda film Theirs Is the Glory, Men of Arnhem telling the story of the battle. Filmed on location in Arnhem & Oosterbeek during August and September 1945. XXI Independent Parachute Company alone provided between 100 and 250 personnel for the filming, those being posted to the Arnhem Film Unit from occupation duties in Norway, many of them veterans of the battle. All told, the veterans taking part in filming came from many 1st Airborne units, including XXI and other parts of the Parachute Regiment, Royal Engineers, Royal Artillery, RAMC, RASC, Recce Corps and the GPR, each of whom were "rented" from the Army by Rank films at three pounds per man per day. Williams is also pictured on the cover of the DVD release of the film (copy included in lot).

Sold with the following related original documents: Bestowal Document for D.S.O., dated 9 November 1944; two War Office enclosures for Bestowal Document, one of which addressed to recipient at ‘34 Portsmouth Road, Guildford, Surrey’; Notification of Release, dated 20 March 1946; copied research and a DVD of Theirs is the Glory, Men of Arnhem.

A single D.S.O. attributed to the recipient, with some original documentation, is known to be held in a private collection.