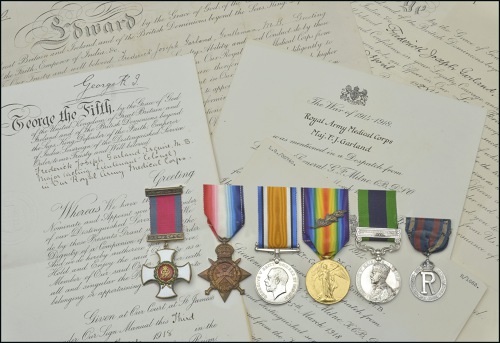 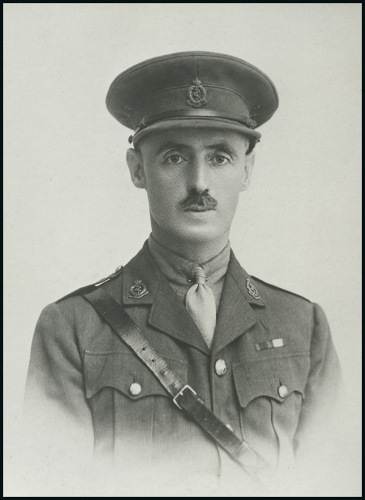 Frederick Joseph Garland was born on 5 November 1877, eldest son of James Garland, an architect of Galway, Ireland. He studied medicine at the Catholic University Medical School, Dublin, where he obtained his MB, BCh, and BAO in 1901. He was gazetted into the Royal Army Medical Corps on 30 January 1904 and soon after served in India. During the Great War he served in France 1914-15 and afterward in the Balkans, where he met his future wife, Miss Ethel May Whitehouse, who was serving in the Q.A.I.M.N.S.(R). He married on 31 December 1918 and afterwards returned to India where he served during the Afghanistan campaign on the North West Frontier. He retired in 1829 but had a retired paid job as Medical Officer to the 2nd Battalion, Royal Tank Corps, which was stationed at Lydd in Kent. Lieutenant-Colonel Garland died on 29 April 1937, aged 59, and was buried at St Mary’s Cemetery, Kensal Green, London.

Sold with two original M.I.D. certificates, Warrant and statutes for D.S.O., and commission documents for the ranks of Lieutenant and Major.