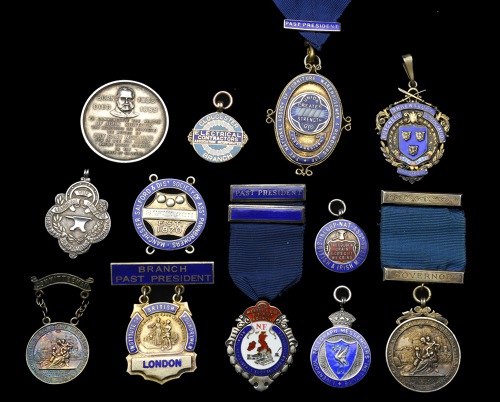 The first item is of especial numismatic interest by association, as Richard Arthur Parsons was the father of Owen Frederick Parsons (1911-86), a considerable collector of coins and historical medals and honorary curator of the Archbishop Sharp collection. The Parsons family ironmongery and electrical business served Gloucester from the 1880s until going into voluntary liquidation in 1981